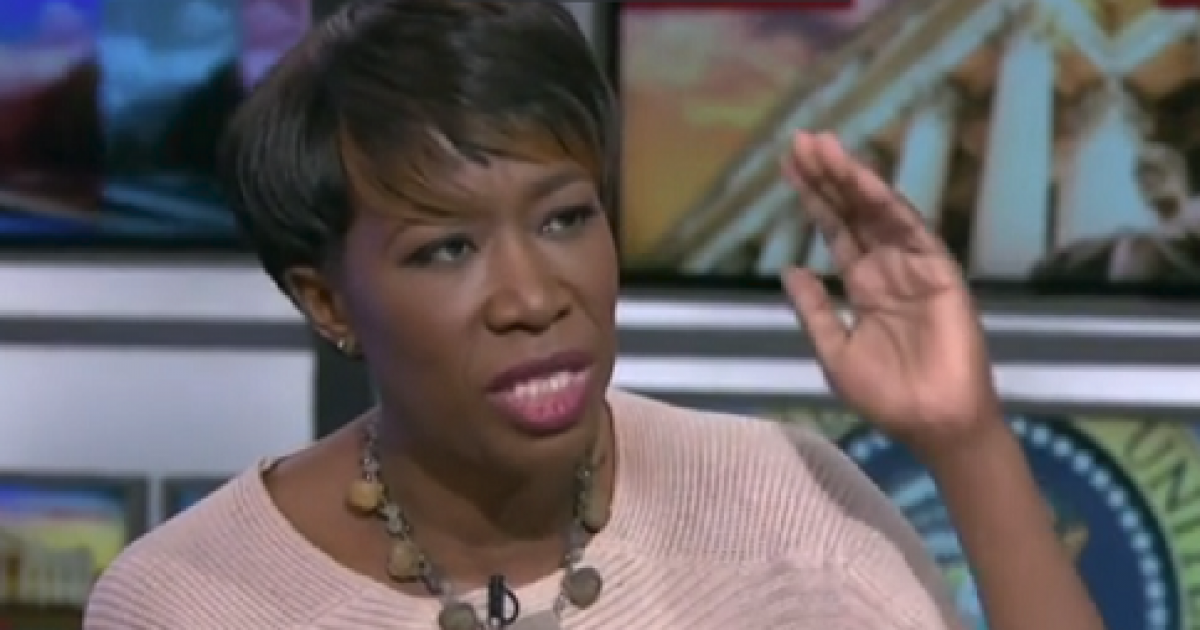 Fresh off of apologizing for her homophobic rants, MSNBC’s resident bigot Joy Reid fell back on a staple in her repertoire: accusing President Donald Trump of being a white nationalist.

Appearing on a panel that examined the highs and lows of the president’s year – he did get credit for “not murdering elephants” – Reid was in rare form indeed with her race-driven vituperation.

As for the lows, the white nationalist march in Charlottesville won the day, although Reid said she had a hard time choosing.

“Going through that montage, the [Navajo] code talkers, having them stand in front of a photo of Andrew Jackson, the genocidal maniac who marched Native Americans across a trail of tears, having the Russians in the oval office and giving away our intel, how can you forget about that,” Reid said.

“Supporting Roy Moore, an accused child molester, there’s so many lows,” she added. “But I think Charlottesville crystallized what the core complaint about Donald Trump has been really throughout his public life, which is that he brings forward blatantly bigoted views and that he has a soft spot for people like those tiki torch marchers.

“That he does see some redeeming quality in white nationalism and that, you know, to Ta-Nehisi Coates’ point, he’s the first white president.”

Which may come as a surprise to the 42 white presidents who served before Trump.

“He ran on white nationalism and he’s sort of, and unabashedly, white nationalist in his sensibilities,” Reid continued, spouting biased opinion as fact without interruption from MSNBC host Nicole “White Guilt” Wallace.

“And the fact that that’s where he still stands even now is sort of shocking for an American  president,” she concluded. “I think not since Woodrow Wilson have we had a president that had this kind of embrace of that kind of white supremacist attitude and not be embarrassed about it.”

Not only did Wallace make no effort to separate fact from fiction, she reinforced Reid’s unhinged rant, declaring, “We don’t need to debate whether Donald Trump is a racist, the results speak for themselves.”

A now familiar tactic by the left of shaping the narrative, after first determining rules for discussion.