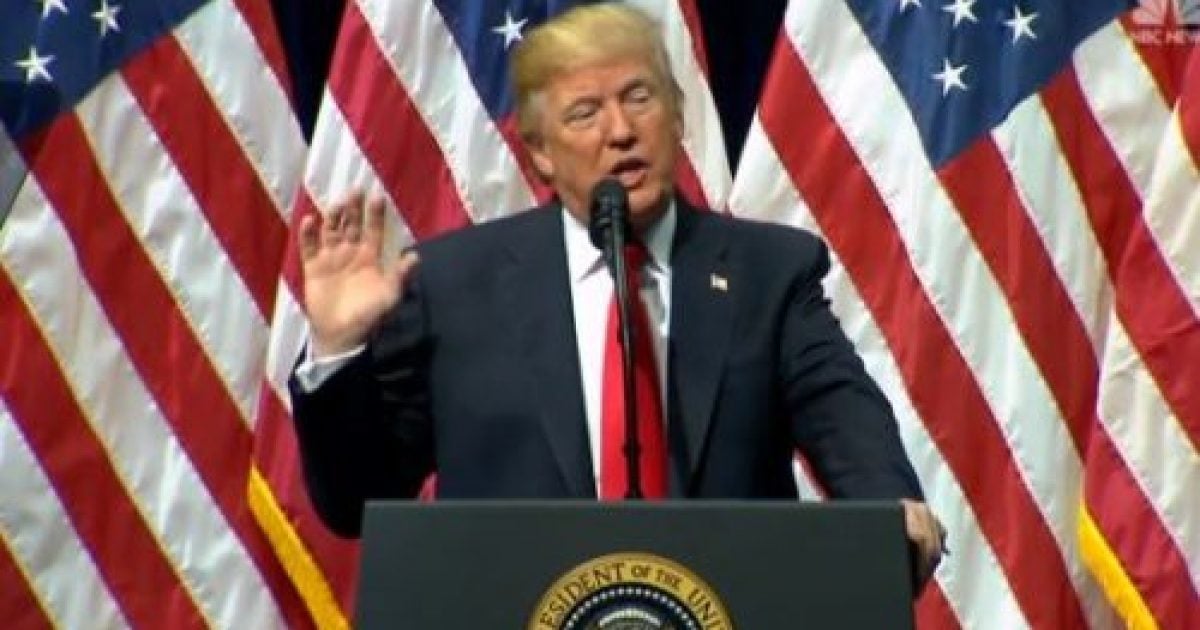 Despite tensions between President Donald Trump and the FBI over the ongoing Russia probe, graduates of the FBI National Academy found the president to be their “loyal champion” and one very funny guy.

Speaking Friday at the FBI National Academy Graduation Ceremony in Quantico, Virginia, the president praised the graduates of the 10-week program for police officers and law enforcement leaders. But it was his line about the media that sent the crowd into appreciative laughter.

“There’s the fake news back there, look,” Trump said as he pointed to the back of the room, causing the audience to laugh.

“No, actually some of them are fine people,” he said as he looked to the back of the room. “Let’s see who’s back there … about 30 percent.”

Trump delivered a passionate encouragement to the graduates, heaping on the praise just weeks after he had criticized the FBI, saying “its reputation is in Tatters.”

After years of Comey, with the phony and dishonest Clinton investigation (and more), running the FBI, its reputation is in Tatters – worst in History! But fear not, we will bring it back to greatness.

“It’s not a news story when our officers save a life, rescue a family, or stop a crime,” he said Friday. “It’s just another day on the job. Yet, no matter the circumstances, you serve tirelessly, selflessly, and heroically. You do it because you really believe in doing your duty and doing it properly.”

Trump promised the graduates, “With me as your president, America’s police will have a true friend and loyal champion in the White House, more loyal than anyone else can be.”

He also denounced “anti-police sentiment” and vowed he would always back law enforcement.

“When you go home to your local precincts, I want you to deliver a message to your fellow officers: The president of the United States has your back, 100 percent,” he said. “I will fight for you, and I will never, ever let you down, ever.”