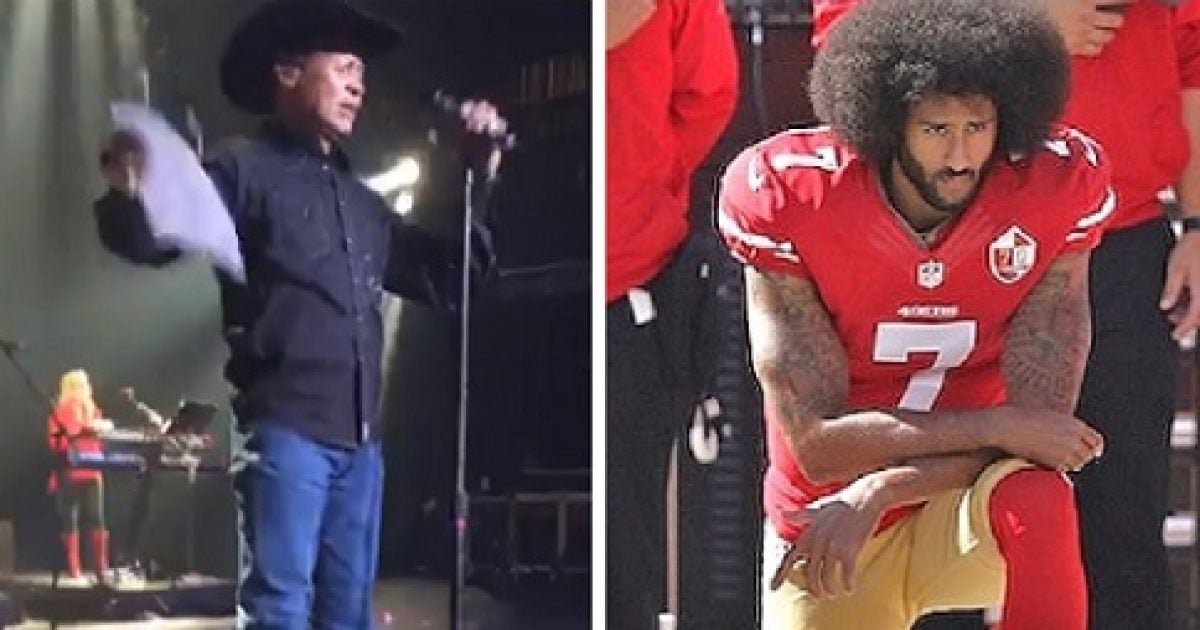 Leave it to country music to take a stand for America amid all the attention on NFL players disrespecting the national anthem.

Country music singer Neal McCoy performed a new song, aptly titled, “Take a Knee, My Ass (I Won’t Take a Knee),” on Facebook Live and it’s proving to be very popular, drawing close to 4 million views as of this writing.

“When I see someone on TV take their stand by bending their knee, whether it be on astro turf or grass,” McCoy sings. “I think of those whose freedom was not free, and I say: ‘Take a knee – my ass!’”

The East Texas recording artist doesn’t take his love of country lightly, having said the Pledge of Allegiance live on social media for 677 consecutive days as of Tuesday, according to NBC affiliate KETK-TV.

“I’ve been on 15 USO tours,” McCoy explained. “I’ve entertained our troops in Pakistan, Afghanistan, Iraq, and all over the world.”

“So, no, this is not a money grab,” he added. “This is a guy that believes in our country, that does not like people kneeling, not standing with their hands over their hearts, for the Pledge of Allegiance and the National Anthem. That’s what I’m about.”

McCoy was clear on his thoughts about former NFL quarterback Colin Kaepernick’s efforts to protest.

“Whatever [Kaepernick] was trying to do, with civil unrest, maybe African Americans being treated wrong, or not equally, and some of that’s right,” he said.

“Maybe that’s what he was trying to do,” McCoy continued. “But, taking a knee during the National Anthem at a professional NFL game is not the way to do it.”