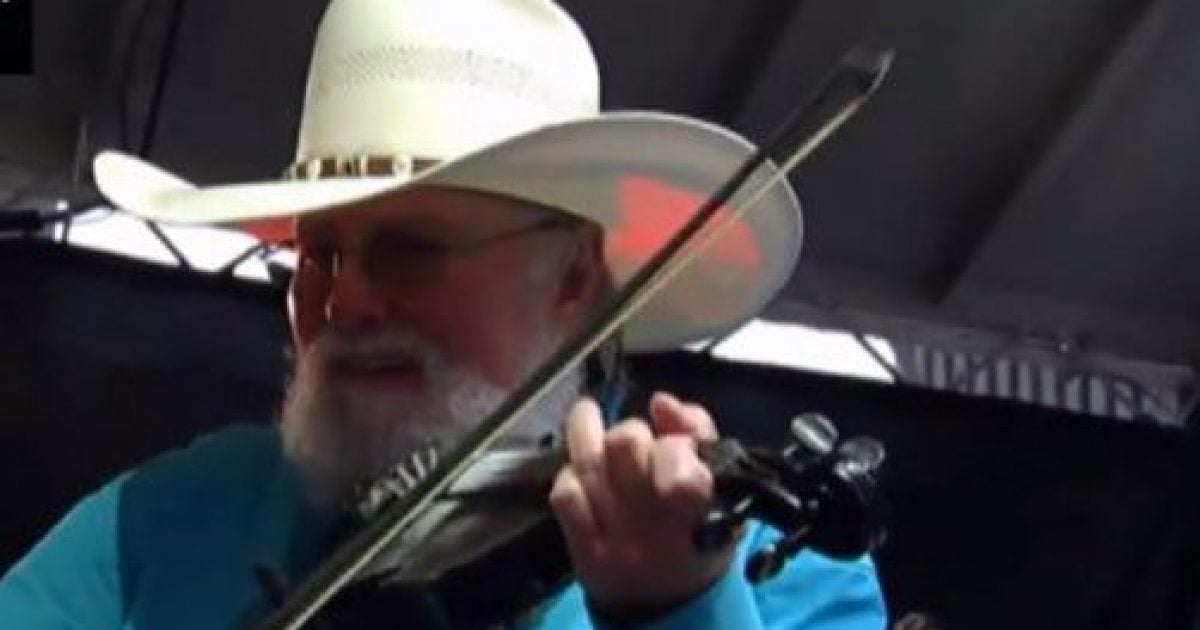 Musician Charlie Daniels has a solution for what ails Congress.

Following the Senate’s dismal failure in repealing ObamaCare this week, the 80 year-old Country Music Hall of Fame member aired out his frustrations Tuesday on Twitter.

OK the congress and senate we have can’t work together and have proven it.
solution- replace them all until we find people who can

Later, Daniels called out the Senate for behaving like a bunch of five year-olds.

The senate is not a political body, its a kindergarten class

The “Devil Went Down to Georgia” singer is no stranger to voicing his opinion on social media, musing about having no political parties earlier in the week.

And last week, he vented at Congress for playing “gotcha games.”

Why does the nation have to wait and hurt while you clowns on Capitol Hill play your gotcha games
GET TO WORK!!!

The music legend is a proud American and told Fox News he is thankful to live in the “greatest country on Earth by far.”

“There’s absolutely no place that holds a candle to this country no matter what anybody says,” he told Fox News. “There’s not as many freedoms and opportunities anywhere else like we’ve got here.”

Daniels explained that his love for America keeps him engaged, using the “Soapbox” on his website to comment on what is on his heart and going on in the world around him.

“I’m not running for office or something like that, I’m just doing it because I love this country and I have a very definite idea what it’s about, what the Constitution is about, what direction I feel we should be going in,” he told Fox News.

Daniels’ advice on how to handle a Congress that can’t work together sparked plenty of reaction on Twitter, with countless people urging the North Carolina native to run for office.

What a brilliant idea. I agree 100% Charlie

I agree with Charlie Daniels. Sir, you would make a fine Senator. Never to old to serve. Trump, K.Rock,C.Daniels. Solid Americans

I am with you on this Mr. Daniels

Serving for a few years and going home and letting someone else serve was the original intent of the founders.

It is about time the Senate get together and for once do what is best for those who voted them in to office. #rememberwhoyouworkfor

I agree Charlie, you should run you would have my vote