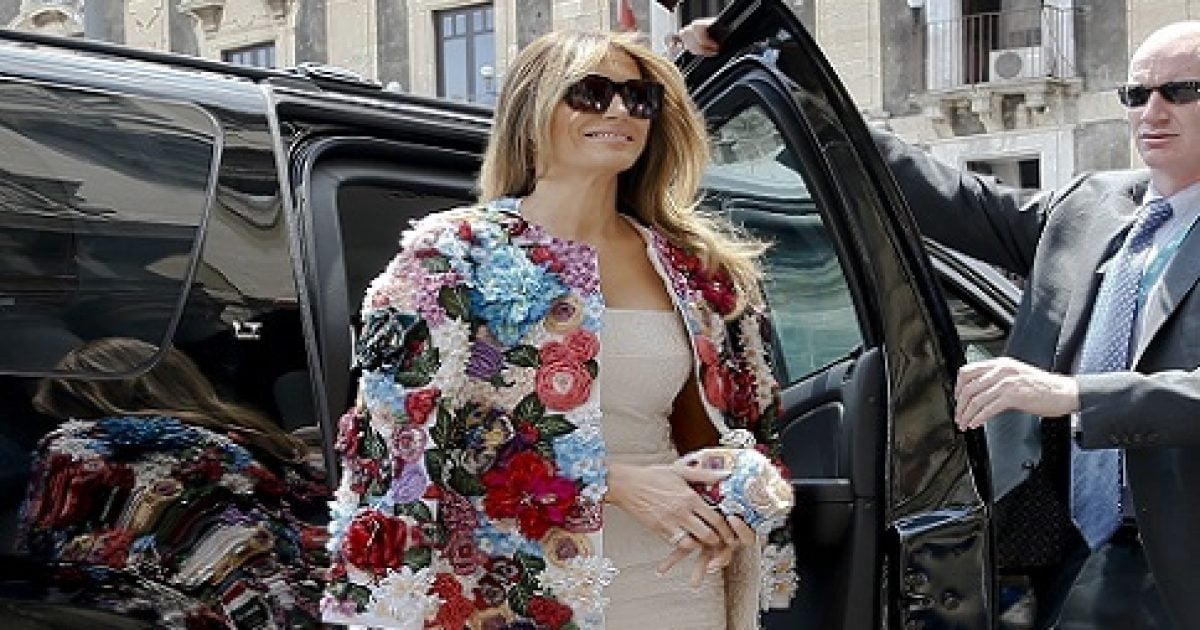 Italian fashion house Dolce & Gabbana is letting critics know they have been heard loud and clear.

The luxury fashion label being boycotted for dressing First Lady Melania Trump is responding to objectors with a counter-boycott.

In an epic troll, the company launched the sale of $245  T-shirts that read #BOYCOTT DOLCE & GABBANA,  announcing “Dolce & Gabbana boycotts itself,” in a tweet last week.

The #BoycottDolceGabbana t-shirt is now on our online store. Link in Bio. #DGWomen

But what’s a boycott without a protest?

A video of a mock protest was also released featuring the fashion house’s founders, designers Domenico Dolce and Stefano Gabbana, as well as models wearing the T-shirts.

Unlike other designers who have flouted their refusal to dress the first lady, to the delight of President Trump’s critics, Dolce & Gabbana have been proud to support her and even thankful for the connection.

Social media posts from co-founder Stefano Gabbana have called out “haters” and encouraged them to boycott the brand as he has openly highlighted Trump wearing the designer’s outfits, including in her official White House portrait.

#DGWoman BEAUTIFUL ❤❤❤❤❤ #melaniatrump Thank you ??❤❤❤ #madeinitaly?? Thanks to all those who appreciate our work ❤

Trump was attacked by critics when she wore a $51,500 multicolored Dolce & Gabbana coat to the G-7 summit in Italy last month.

Blessing your timeline with Goddess #Melania in her Dolce & Gabbana floral jacket while in Sicily. ???? pic.twitter.com/qEPUFR1ika

Gabbana thanked the first lady and shared a photo of her wearing Dolce & Gabbana earlier this week when she moved to the White House from New York.

Obviously, Dolce & Gabbana’s designers are not worried about boycotts and have given a symbolic runway hair flip to critics for their backlash and boycotts.

And it seems the #BoycottDolceGabbana idea is already a hit with Twitter users reacting to the news.

Nice to see a company not being cowed by the leftist cowards.

I’m going to a shindig next month & bought a D&G dress, thanks for dressing FLOTUS!

Funny. Ppl boycotting D&G probably can’t even afford the beautiful brand. Wish I could support u by buying D&G ☹️

They are a fashion house that gets it..