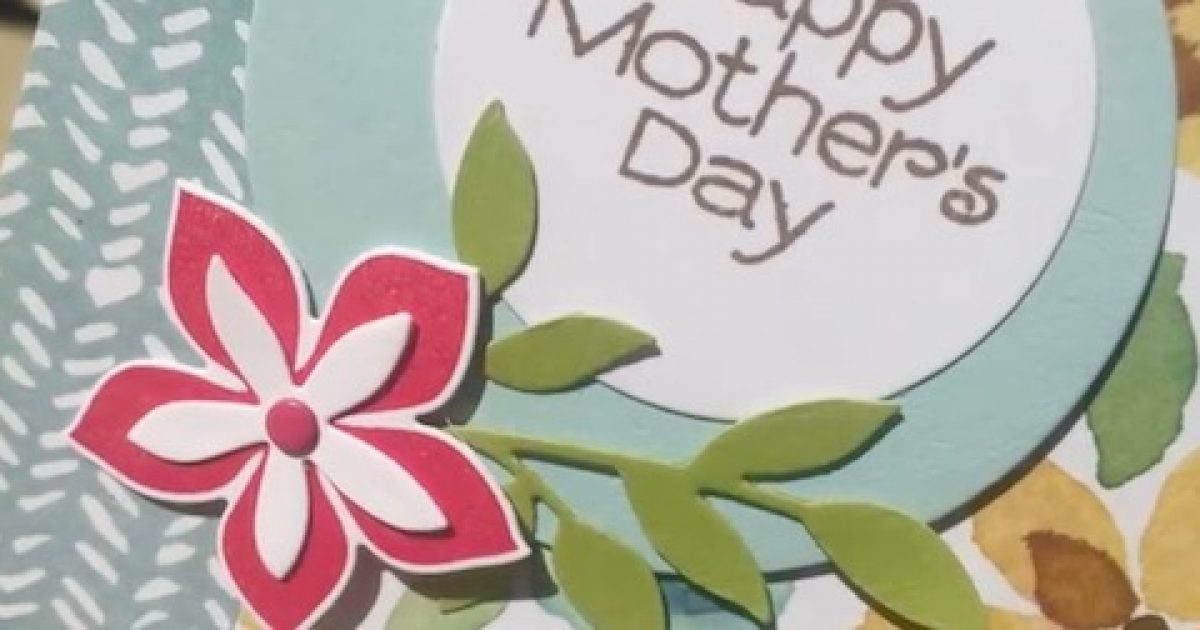 Are there now parents other than mothers and fathers?

An elementary school scrubbed all its planned Mother’s Day and Father’s Day activities because its administrators believed those two designations weren’t inclusive enough.

Staff from Albert McMahon Elementary School in Mission, British Columbia, Canada announced their decision in a letter delivered to students and parents, which said:

As Mother’s Day and Father’s Day approach we have met as a Primary (Grade 1 and 2) team to discuss our core values. In an effort to celebrate diversity, inclusivity and also nurture our students who are part of non-traditional families, we have decided to encourage those celebrations to take place at home. Due to this, the children will not be making gifts at school to give on Mother’s Day and Father’s Day. We feel each family knows the best way to celebrate with their own family.

While offering no detail, school district Superintendent Angus Wilson claimed there was a valid, non-political reason behind the cancellation.

“The reasoning wasn’t some cabal or some political plan,” Wilson said. “Instead, there has been a recent trauma involving a student and its parents.”

Well, there’s the problem right there. Unless Albert McMahon Elementary School is in the business of educating robots, students are not “its” — they’re identified as either “he” or “she.”

Also, because he refused to describe the alleged “trauma,” it’s impossible to assess whether it’s genuine or merely perceived.

A photo of the letter was posted to Facebook on May 1 by a disappointed parent. 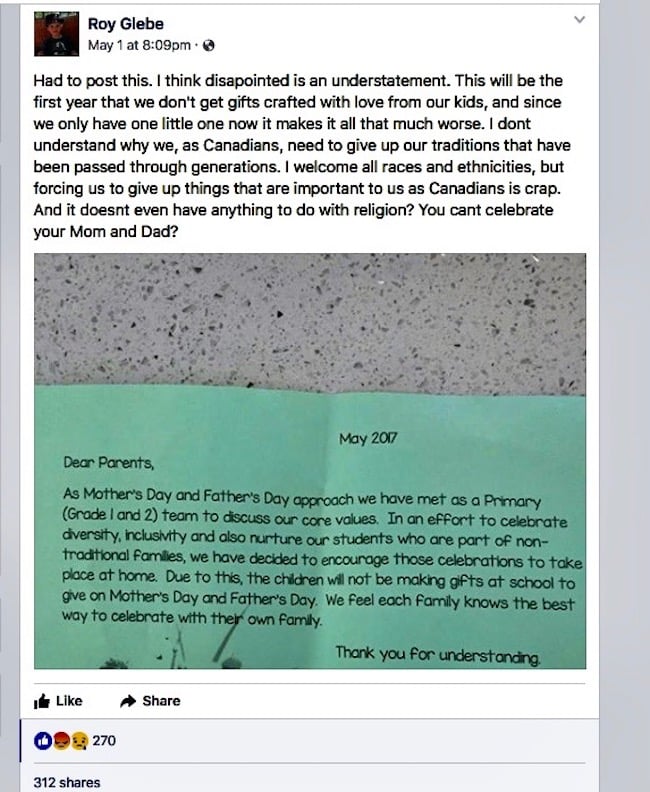 Wilson acknowledged that he was aware of the Facebook post but claimed that most of the parents who’d received his letter were aware of why it was sent and understood.

Last year the United Kingdom claimed to recognize 23 different human gender classifications. Even if one were to accept that preposterous statement, parents still come only in two flavors: Mothers and fathers.