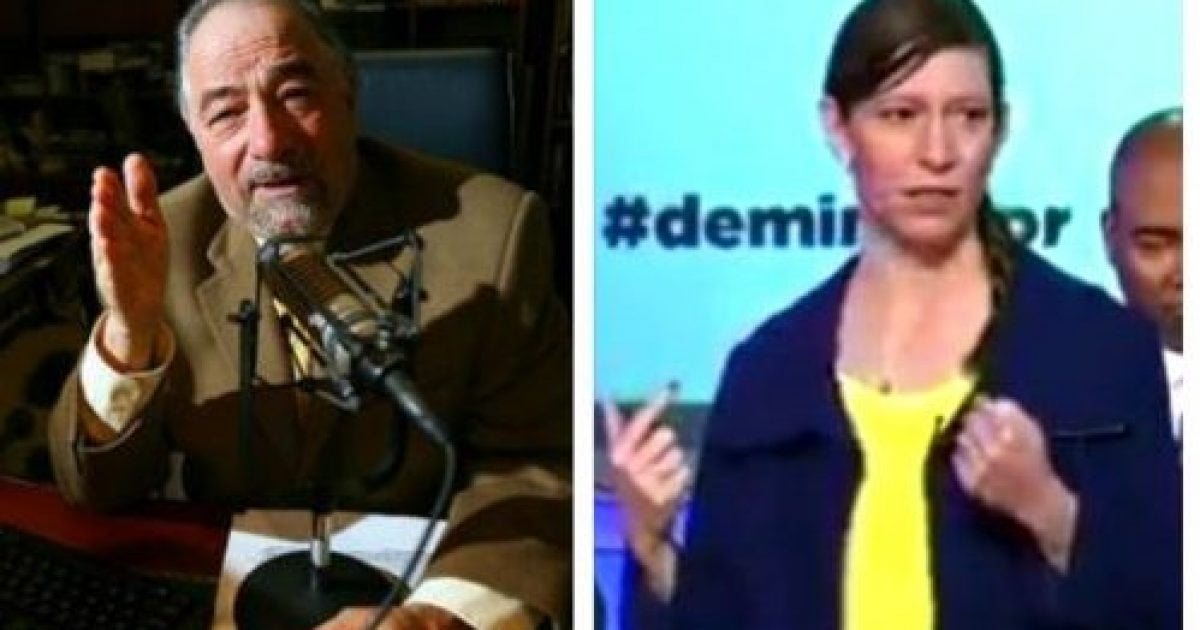 Talk radio host Dr.Michael Savage unloaded on DNC candidate Sally Boynton Brown and other anti-white Democrats he said have been “brainwashed” and are “totally insane.”

During Tuesday’s radio program, “The Savage Nation,” he played a clip from Boynton Brown’s address at a candidate forum for the Democratic National Committee in which she claimed her “job is to shut other white people down.”

Savage pointed to how the “Hollywood-Democrat complex” has pushed its propaganda and, in particular, brainwashed women like Boynton Brown, who is the Executive Director of the Idaho Democratic Party, with anti-white rhetoric.

“Oh shut up! Just shut up!” Savage interrupted the audio clip as the Idaho Democrat spoke about lifting “our people” up.

“Go back to your yoga studio you idiot!” he yelled. “This is insanity.”

Savage blasted her remarks about “reaching out to anybody of color” as an insult.

“Does anyone understand how endemically sick this speech is?” Savage asked, admitting that freedom of speech allows it. “But she’s crazy,” he added, noting that “liberalism is a very serious mental disorder.”

Savage argued that liberals have become “suicidal” in their words and actions.

“By definition, liberals who speak this way are now verging on suicide. It’s self-immolation,” he said. “They want to spray lighter fluid on themselves verbally and set themselves on fire in front of people of color.”

As for Boynton Brown, Savage hoped the “madwoman” is chosen to lead the DNC.

“She has my vote. I pray that this woman wins and runs the DNC, because she’ll do such a great job that in the next election they’ll lose by maybe 20 million votes” he said.

“Even people of color won’t vote for Democrats after this,” he added. “Because any person of color that has a brain and isn’t insane understands that anyone who puts down their own race in such a manner is totally unfit for the job.”