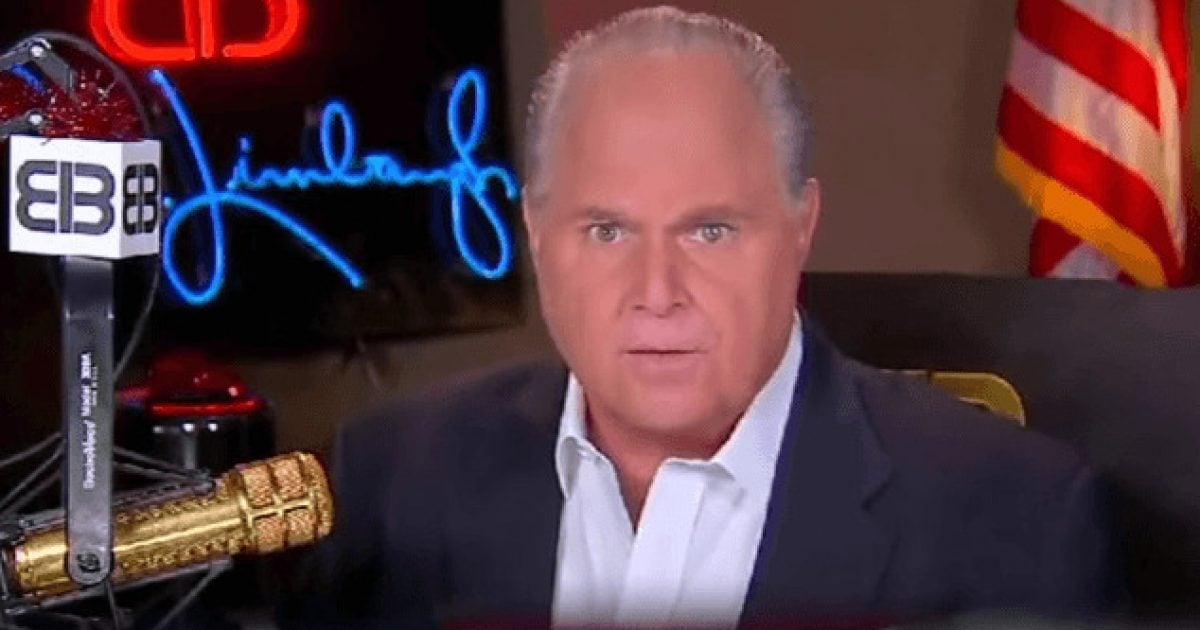 In what Rush Limbaugh projects could be the president-elect’s “first big mistake,” Donald Trump has been openly critical of sources within the CIA who are suggesting that Russian agents may have interfered with the U.S. election.

“These are the same people that said Saddam Hussein had weapons of mass destruction,” read a Trump transition team statement on Saturday following the news.

Building on that theme on his Monday radio show, Limbaugh weighed the seeming politicization of everything these days with the fact that most people in the American intelligence community are patriots who want to do what’s right.

So, could anyone at the CIA have a political agenda that defines their actions? As an example, Limbaugh gave his listeners a history lesson on the same topic Trump used in his statement, the Iraq war.

Let’s examine weapons of mass destruction in Iraq. George W. Bush spent two years, ladies and gentlemen, traveling this country, speech after speech after speech explaining his policy, the run-up to war with Iraq, what it would take for Saddam Hussein to avoid war…

But following 9/11, Bush said we’ve got no choice. When we have intel that bad actors around the world might be planning attacks against us, we’re not gonna wait anymore for the attacks to happen. We’re gonna take preventative action. And part and parcel of this was that intelligence agencies all over the world, folks, not just ours, MI6 in the U.K., the CIA, the DIA, the State Department IA, all of these intelligence agencies, Pakistani, allied security agencies, intel agencies around the world, all, every one of them, concluded that there were weapons of mass destruction and Hussein was lying to the weapons inspectors from United Nations.

Limbaugh points out that even Hussein himself didn’t deny that he had weapons of mass destruction, likely because he never believed the U.S. would actually attack. So when we did invade and found nothing, a lot of people were embarrassed and humiliated, including Colin Powell and George W. Bush.

All because of false information from U.S. intelligence agencies. Limbaugh continues:

Okay, so what happened? Do we know? Who lied to who? Did the intelligence agencies not tell Bush there were weapons of mass destruction and Bush ignored ’em and said there were. Or did the intelligence agencies tell Bush, assure Bush over and over for two years, yep, they’re there, were they there and are they in Syria now? We still don’t really know.

What we do know is that George W. Bush’s approval numbers ended up around 30% as a result of all of this. My understanding, my theory is that, quote, unquote, intelligence people who, by definition, are unknown and work in secret can undermine anybody if they set their mind to it. They can promote anybody. They can make anybody they want to look good. They can undermine. They can lie to a president. “Mr. Limbaugh, I can’t believe you’re saying that. These are some of the most patriotic people.” I know. I totally get it. But don’t tell me that the CIA isn’t politicized when everything the hell else is, particularly with this administration.