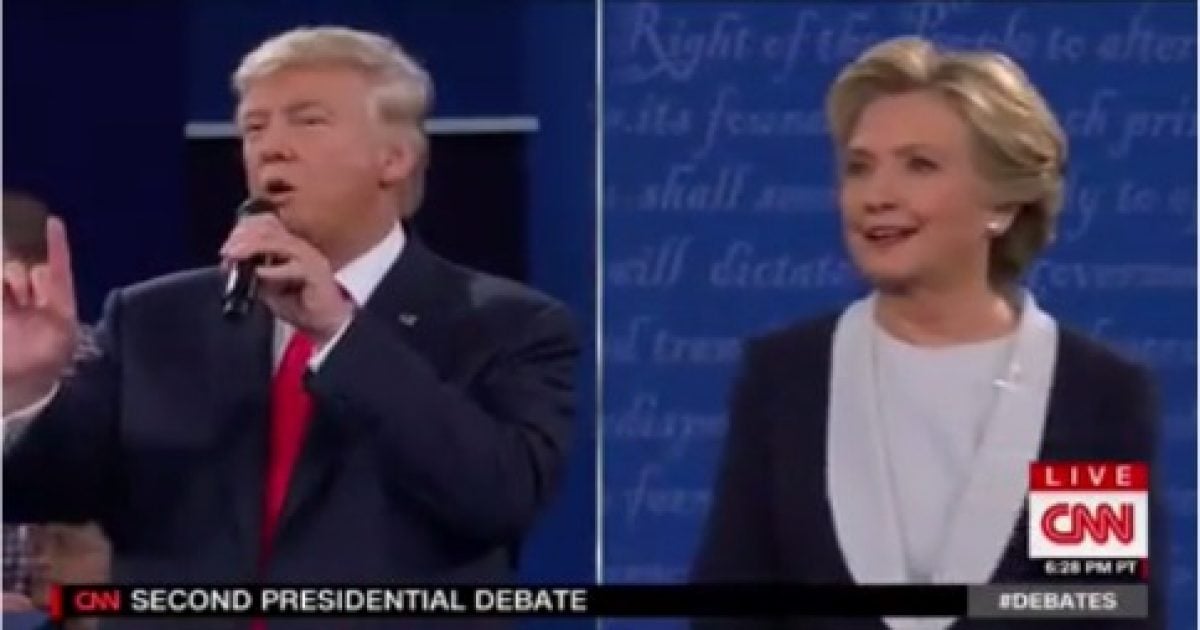 Sunday night’s debate wouldn’t be complete without a flaming exchange between Republican Presidential nominee Donald Trump and the moderators. On this particular occasion, he was irked that as soon as he began to ask Democratic Presidential nominee Hillary Clinton some serious questions about her email scandal, Anderson Cooper attempted to change the subject.

Trump refused to let Cooper off without letting the whole world what was happening.

After a contentious discussion about Hillary’s emails and Trump grilling her about what happened with the 30,000 emails that were reportedly deleted from her server, Cooper tried desperately to move on to another audience question, but Trump refuses.

Cooper: “We brought up the emails.”

Of course, Trump was referring to the massive amount of emails that Hillary claims were “personal” and were deleted off of her server before handing the rest of the emails over to the FBI for investigation.

Meanwhile, Cooper and Martha Raddatz asked Donald Trump six questions about the leaked audio of him engaging in what he called “locker room talk” with host Billy Bush.