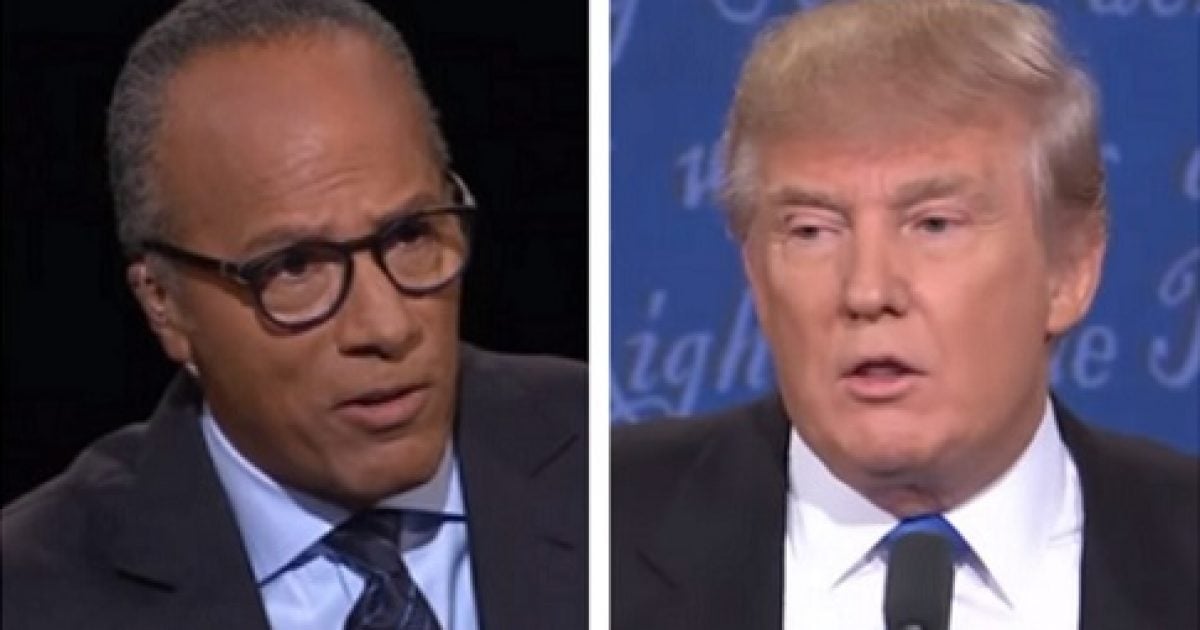 When it comes to presidential debates, more and more Republican candidates find themselves battling their Democratic rival AND the moderator and the first debate of the 2016 election was no exception for GOP nominee Donald Trump.

While discussing race relations, Trump pointed to what’s happening in America’s inner cities and said “African-Americans, Hispanics are living in hell because it’s so dangerous,” adding that law and order is needed. The candidate called for the widespread use of “stop-and-frisk,” noting that it was successful in New York.

NBC moderator Lester Holt stepped in to inform Trump that a court ruled against the tactic.

“Stop-and-frisk was ruled unconstitutional in New York, because it largely singled out black and Hispanic young men,” Holt said.

But Trump wasn’t about to let him have the last word.

“No, you’re wrong,” the candidate fired back. “It went before a judge, who was a very against-police judge. It was taken away from her. And our mayor [Bill de Blasio], our new mayor, refused to go forward with the case. They would have won an appeal.”

Trump then reminded Holt that “throughout the country, there are many places where it’s allowed.”

The moderator again stressed that some argue stop-and-frisk is a form of racial profiling.

Rudy Giuliani, the former mayor of New York City, sat down with the “Fox & Friends” crew early Tuesday to explain just how wrong Holt was: