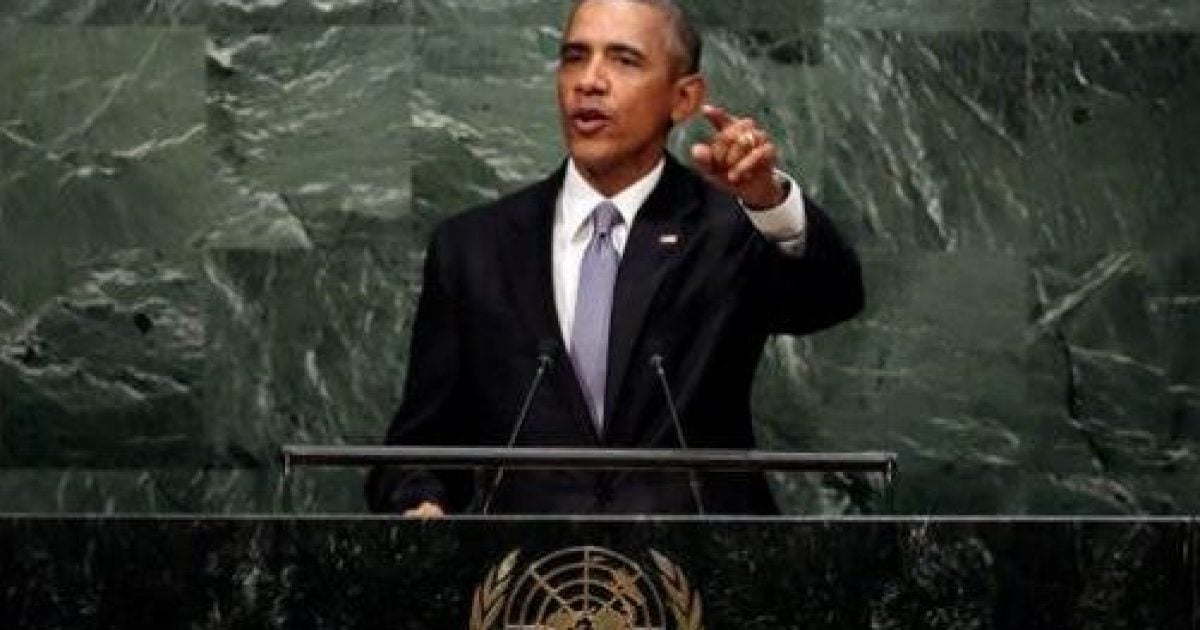 Is President Obama that clueless?

In the wake of Islamic terror attacks in three states this weekend, the president, speaking at the United Nations, just pitched for admitting more Muslim refugees into the United States.

The plan for the president to lead the special U.N. summit on the need to take in Syrian refugees was apparently already in place before the attacks, the Washington Examiner reported.

Pres. Obama: “We have to open our hearts and do more to help refugees who are desperate for a home.” https://t.co/KC0FPbM5A4

Of course, the timing could not be worse for Obama as critics of his immigration policies question whether the U.S. should be tightening immigration laws instead of opening the doors for more refugees.

“The timing of the summit just reinforces the idea that we need to get a handle on our refugee program,” Rep. Brian Babin told the Examiner. “There is a clear and present danger posed to our national security by these poorly vetted refugees that are pouring in, and the president continues to double down on his intentions to bring in more and more of the individuals from hot spots like Syria.”

In a letter last week signed by 37 House GOP colleagues, the Texas Republican urged Speaker Paul Ryan, R-Wis., for provisions to place a moratorium on refugees coming from Syria, the Middle East and North Africa.

“The people of the United States and of Western Europe are getting very weary,” Babin said, “about the politically correct pressure that is being brought to bear by Obama and the U.N. to take in people,” who can’t be properly vetted.

Democratic presidential nominee Hillary Clinton has called for increasing U.S. admissions of Syrian refugees to 65,000, the Examiner reported. Following the recent attacks and arrest of the alleged terrorist, Ahmad Khan Rahami, the U.N. summit and Clinton’s stance were a target for criticism from Donald Trump.

The GOP nominee blasted Clinton for supporting immigration policies that allow radical Islamic groups to “continue their savagery and murder.” Adding to Trump’s ammunition was a report from the Department of Homeland Security Inspector General that at least 858 immigrants were mistakenly granted U.S. citizenship.

“If you look at polls — only 35 percent of Americans want Syrian refugees to come here — I think they instinctively know that these people cannot be vetted,” Christian Whiton, a former senior State Department adviser in the George W. Bush administration, said.

Yet Obama seems to arrogantly push his own agenda, disregarding the voices that oppose him. In these final weeks leading up to the election, it may be a move that plays right into Trump’s favor.

President Obama to focus on refugees at UN…when is going to focus on the American people?…never…he doesn’t care about you or me

@FAIRImmigration @dcexaminer @susancrabtree that man has an ego like no other! And they say @realDonaldTrump has a dangerous ego? Honestly?

Who gave Obama permission to rush in thousands of un-vetted refugees in defiance and contempt of the will of the vast majority of Americans?

Obama’s #UN speech in full: “socialism and refugees are coming and you better like it”

In Wake of #Islamic #Terror Attacks in 3 States, #Obama goes to the #UN to make pitch for more #Muslim #Refugees. https://t.co/VLleNjUFgt

Obama expected to give speech to UN to accept more refugees. In spite of recent attacks. Hillary wants same. Totally out of touch. #Trump16

@CNN I’ve never been to prison, but I suspect a 20 yr sentence couldn’t be worse than the 8 yrs we’ve had to endure this fool.