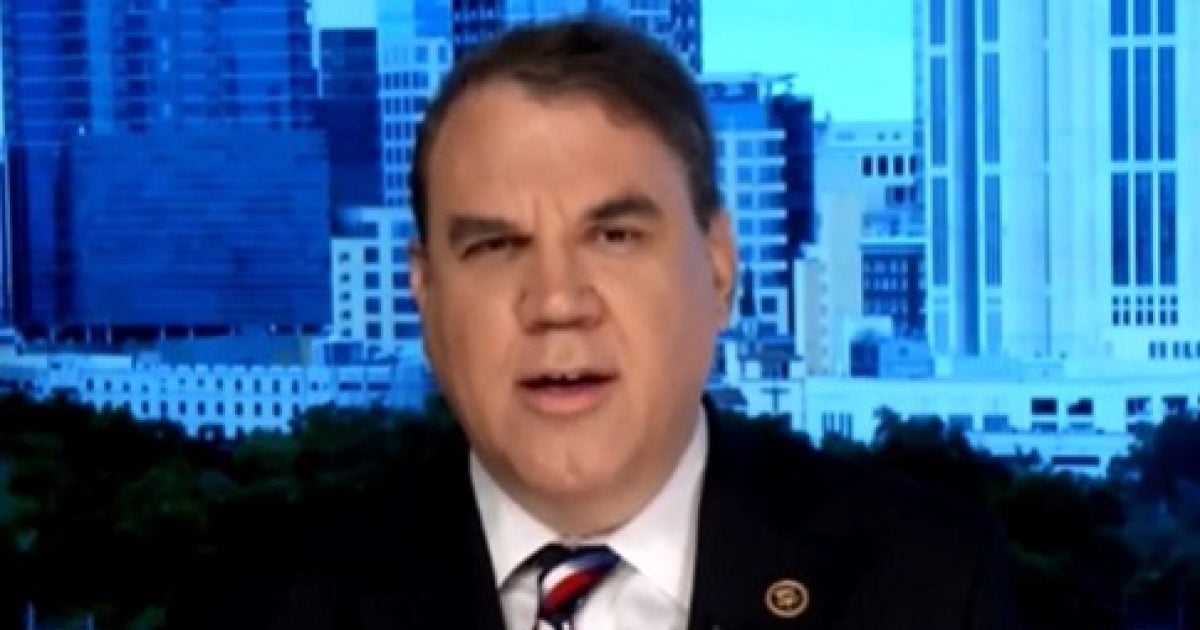 It’s easy to argue that if you have U.S. Rep. Alan Grayson on as a guest you get what you deserve, but the buffoonish lawmaker exceeded his own well-established lows in boorish behavior in an interview with MSNBC’s Joy Reid.

Every bit as hard left as her guest, Reid didn’t get eight words into her opening remarks Saturday before Grayson accused her of smearing him.

“You just did to me, Joy, exactly what Harry Reid tried to do; you smeared me,” Grayson said, refusing to allow Reid to continue without “correcting the record.”

Speaking of the record, the congressman displayed a photo of urinating transgender women on the House floor Friday while addressing what he called “the great American bathroom controversy.”

Reid began the segment talking about a well publicized confrontation Grayson had last week with Senate Minority Leader Harry Reid over an ethics investigation into a hedge fund Grayson ran, but she didn’t get far until her guest took control of the interview with his own brand of filibustering.

Ducking and dodging, Grayson suggested he was cleared by the Office of Congressional Ethics without mentioning that the investigation found probable cause to believe he broke ethics rules in running the hedge fund.

But it was Mediaite’s Tommy Christopher who best described Grayson’s actions during the interview.

“Grayson began a six-minute campaign of douchebaggery that might just land him an endorsement deal with Massengill,” he wrote.

And Christopher is a lib.

But don’t take his word for it, watch for yourself.