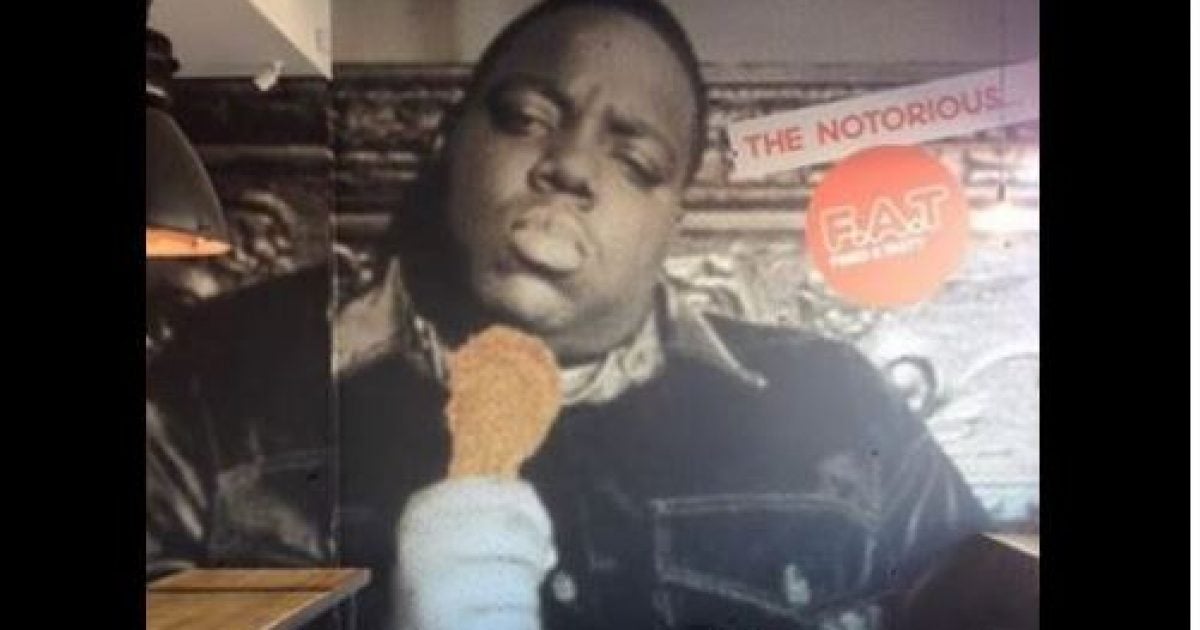 An Australian restaurant is getting heat for its interior design choices which include a mural of late rapper Biggie Smalls holding a chicken drumstick.

The Melbourne eatery, FAT Fried and Tasty, is under fire for being racist with its photo-shopped image of Smalls as well as wallpaper that features white families with guns, reported the Huffington Post Australia.

Comedian Aamer Rahman blasted the restaurant, which specializes in fried chicken, burgers and buttermilk waffles, in a Facebook post on Tuesday.

The restaurant admitted they have been criticized for the decor, but insist the use of Smalls’ image has nothing to do with racism.

“We are definitely not insensitive to the fact that we may have offended some people but that was never our intention,” they told the Post. “The simple explanation as to why we depict Biggie Smalls in our restaurant is for the simple fact that we are big fans, even though it was used as a mural on our wall it was never intended to be racist.”

The restaurant’s Facebook page sported many opinions as people left comments about the decor.

The imagery in your shop is racist and insulting. If you are a business you have a responsibility to make sure people… The restaurant claimed they were fans of the design choice as some people “clearly share the love that we have,” they told the Post.

“In regards to people thinking it’s racist, we are not trying to associate African Americans with fried chicken, instead we are associating Biggie Smalls with our restaurant.”