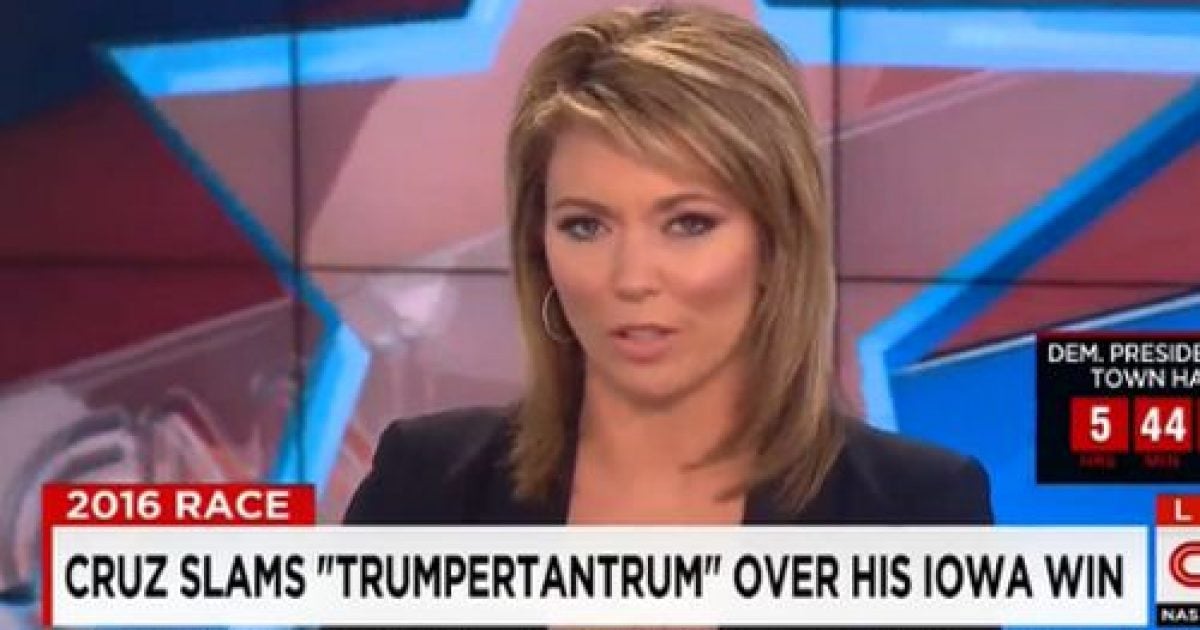 A CNN reporter, not happy about her employer being caught up in the middle of political controversy, lashed out at Republican presidential contender Ted Cruz and his campaign.

“Just so we’re all crystal clear here, when Senator Cruz, with all due respect, tries to throw my network and CNN under the bus, let me stand up for my colleagues and my journalists here,” CNN reporter Brooke Baldwin said on Wednesday.

The Cruz team was harshly criticized for spreading the rumor that fellow contender Ben Carson was dropping out of the race during the Iowa caucuses. A slick and “dirty trick,”  as it’s been called, to steal votes from Carson.

The Cruz campaign eventually apologized to Carson, but denied any intentional foul play. It maintained the information about Carson was reiterated from a report on CNN’s coverage of the caucuses.

“Let me be precise,” Baldwin continued. “We reported it accurately and here are the facts. Dr. Carson’s staff told us that he would return home to Florida to, quote unquote, take a breath from the campaign… That accurate report was disseminated on television and CNN digital and that was that. That was that…

“When somebody tries to take down the media and misreports something, that gets me mad.”

Baldwin spoke with Cruz-supporter Republican Mark Meadows and let him have it when he quickly tried to steer the conversation back towards political policy.

“Congressman, forgive me, but I’m going to call out B.S. When I hear B.S.” Baldwin said.

Baldwin isn’t the only one voicing her opinion over the controversy. CNN released an official statement blasting Cruz for using the network as a scapegoat.

Fox News’ Bill O’Reilly had another take altogether. As BizPac reported this morning, O’Reilly used his “Talking points Memo” to put the blame for the controversy in CNN’s court and called its reporting “ludicrous.”

Below is a tweet that was distributed Monday night and Tuesday surrounding the controversy.

The following shows Cruz making the statement that his team was simply spreading “breaking news” the night of the caucus.