Actor Jamie Foxx had an emotional meeting with the father of a man whom he rescued out of a burning car wreck the previous day.

Fighting back tears, Brad Kyle thanked Foxx for his heroic actions that saved his son Brett’s life: “Whether this person’s famous or not, I’m so glad, I’m so happy,” he said.

After losing control of his truck Monday, Brett Kyle, 32, landed in a ditch near Foxx’s home, hitting a drainage pipe and concrete. The truck burst into flames after rolling over multiple times, according to NBC4 News in Los Angeles. Foxx and another witness broke the truck’s window and cut Kyle’s seat belt to pull him to safety, reported the California Highway Patrol.

The Oscar-winning actor shared a photo of his meeting with the victim’s father on Instagram. “Met the father of the young man from last night today,” Foxx, 48, wrote.

Met the father of the young man from last night today. This is all that matters. That a man, a son, a brother’s life was spared last night. God had his arms wrapped around all of us…No heroes…Just happy fathers.

“I don’t look at it as heroic, I look at it as I just had to do something,” Foxx told NBC4 News. He told Kyle “you got angels around you” as he pulled the driver out of the burning wreckage.

Kyle, who suffered a broken collarbone, said he remembered the heat from the flames and being pulled out of the car, but not who did the rescuing. “They cut me out of the seat belt,” which was wrapped around his neck, he said from the hospital. “I didn’t know who it was.”

Foxx’s daughter Corinne tweeted a message about the incident.

Just got off the phone with my dad… Absolutely wild. That man really did have angels watching him. Definitely a life or death situation. 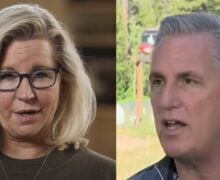