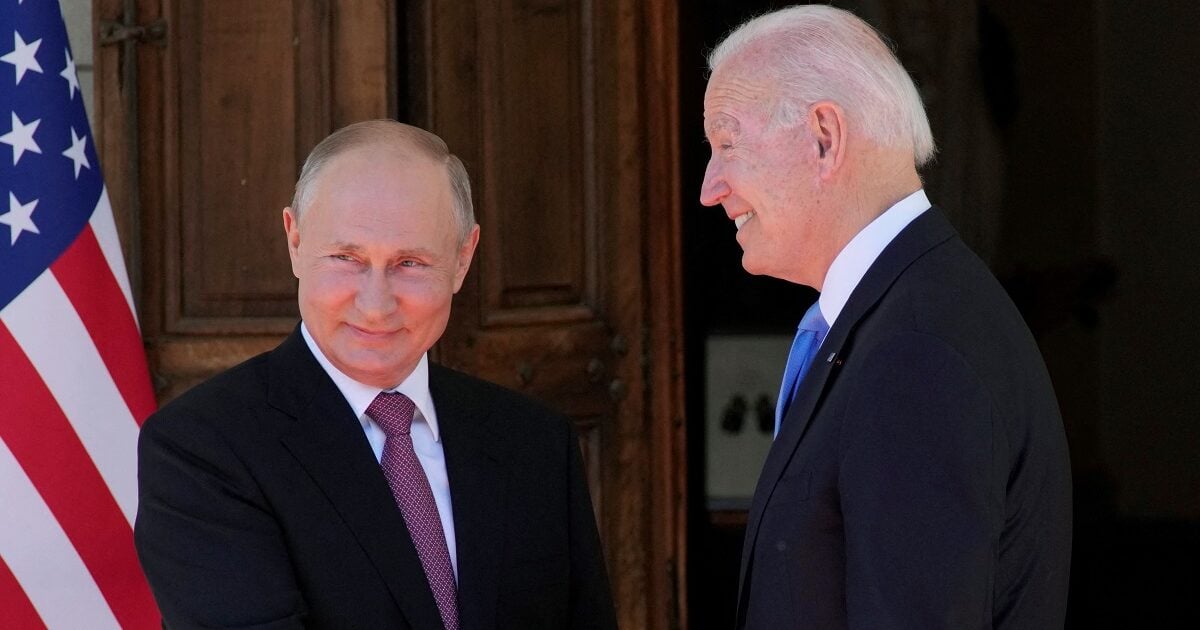 Vladimir Putin is an intelligent man. He knew that with Donald Trump as president, he was at a significant disadvantage. Putin had an economy that was faltering. While Donald Trump was president, America was rapidly moving to energy independence. In addition, the price of crude oil was falling, reducing the revenue he was earning from the sale of Russian oil and natural gas.

Russia supplies about 40% of the energy to Europe. It would be difficult to shut down the pipelines for any extended time frame without doing significant damage to the economies and people of Europe and Russia.

I titled this commentary Putin waited for Joe Biden to make a mistake. Putin’s interest was piqued when Trump lost his re-election bid, and Putin didn’t have to wait very long for Biden’s mistake. Putin watched in the Summer of 2020 as the Democrats took control of the country. Putin has been possessed with recovering Russia’s history by bringing countries back into Russia to recreate the old Soviet Union.

On January 20, 2021, Joe Biden, in the office of the president less than a few hours, made the mistake Putin wanted. Biden had committed to eliminating fossil fuels in favor of green energy. America had been energy dependent for over 75 years and was just recently energy independent. We were no longer going to be dependent on foreign powers, friend and foe alike, to power our economy while we were making the transition to green energy.

Putin knew it would take some time to shut down the Trump administration’s momentum getting it to energy independence. Putin knew that with America no longer a safety net for energy for Europe, his power grew. He knew that without an alternative supply source of oil and natural gas, he could intimidate Europe to do what he wanted. He knew that it would take a long time to get America back to energy independence. If he wanted to be able to do something with his supply to Europe, should he be forced to turn off the pipelines to Europe, he needed a backup place to sell his oil if he was embargoed to sending oil and gas to Europe. He went to the second-largest economy in the world. China, which imports about 75% of its energy is number 2. I believe he has a deal with Xi Jinping to purchase Russian oil, helping keep his economy stable.

All the time Putin was watching and waiting, the price of crude oil doubled, which meant his coffers were filling twice as fast as they were when Trump was president. The Russian premier is on a quest to regain parts of the old Soviet empire. He indicated to the West he did not want Ukraine to become a member of NATO. Joe Biden fell for the trap and escalated the conflict between Russia, Ukraine, Europe, and the United States. Putin was warned of dire sanctions that could be imposed against Russia for its aggression against Ukraine. Some level of sanctions were imposed. Individuals in Russia and companies and governments were not permitted to buy from or sell products or services to Russia.

The biggest and perhaps the most potent weapons that the West and Europe have in their defense are the shipments of crude oil and the embargo of the monetary system known as SWIFT, (Society for Worldwide Interbank Financial Telecommunications.) We have already discussed an alternative for Russia to sell crude oil to China and other non-NATO countries. What about being locked out of the money system and not conducting business in many countries and currencies?

Initially, Germany was opposed to imposing sanctions on the SWIFT monetary system against Russia. But a compromise that one has to dig deep to find defined how much the West caved on the SWIFT system sanctions. We were told that the banks in Russia would not be able to use the SWIFT system to transfer and receive funds. It took many hours of digging to try to find out which banks were restricted.

President Biden didn’t tell us that both Russia and China have their own SWIFT equivalents to conduct business. It is hard to tell, at the moment, if the West will agree to block all 396 banks in Russia. The most recent embargo imposed by the West on Russia is the confiscation of yachts, condos, apartments, and houses in the West, along with all bank assets deposited in western banks.

Joe Biden is responsible for the world’s disruption, tension, and fear. It all comes from an ill-informed decision to change American energy policy and thus global energy policy. We need to restore balance in the world and to do that, Biden needs to rescind all of the executive orders and any subsequent orders and put America on a superhighway to energy independence. America needs to put together a coalition of countries that will be willing to supply oil and natural gas to Europe, should it be necessary.

I believe that the world joining together will change the momentum and avoid a broader conflict, and I also think it will send a clear message to Russia, China and the world that it will not stand for aggression. With a rededication of energy policy, we can make room for the expansion to alternative energy sources and, in turn, make the whole world a safer place.