Text messages from U.S. military commanders and others involved in evacuation operations at the international airport in Kabul during the final, desperate, and deadly days of the pullout from Afghanistan expressed anger and discontent over the fact that the Biden administration was leaving American citizens behind in lieu of Afghans who made it onto flights.

The anger was expressed in text messages and emails provided to Just The News over “pleading American citizens” who “were frantically left behind at the Kabul airport gate this past weekend to face an uncertain fate under Taliban rule,” the outlet reported Wednesday.

The messages were exchanged as U.S. officials, the White House, and the Pentagon alternately pointed fingers and attempted to spread the blame for the catastrophic evacuation effort that fell far short of President Joe Biden’s previous pledge to remain in-country long enough to get all Americans out.

“Yes, we are f*cking abandoning American citizens,” wrote one Army colonel who is assigned to the 82nd Airborne Division on Sunday, whose obvious frustration was expressed in a series of encrypted messages that were reportedly obtained by Just The News detailing failed efforts to get all Americans out before the last U.S. soldiers left the country. “I’m so pissed.”

The messages were obtained and provided by Michael Yon, a former special forces operator-turned-war correspondent, “among the private citizens working with private networks and the military to rescue stranded Americans,” the outlet reported.

According to the messages posted online by the outlet, the same colonel noted that “AMCITS” — American citizens — were unable to get past “TB” — believed to refer to Taliban — checkpoints.

“[M]ost most of our list are HVAFG,” the colonel texted, indicating most of those in his charge were “high-value Afghans.”

In an interview with Just The News’ John Solomon for his podcast, Yon said a group of Americans were desperately trying to get through to be evacuated but were told that the pullout was ending.

“We had them out there waving their passport screaming, ‘I’m American,'” Yon said. “People were turned away from the gate by our own Army.”

After they were unable to make it through to a flight out of the country, the Americans reportedly “scattered to safe houses to avoid being captured,” Just The News reported.

An angry Yon contacted an Army major in charge of a team attempting to coordinate the evacuation before eventually walking away.

“You guys left American citizens at the gate of the Kabul airport,” Yon wrote Tuesday, the outlet reported. “Three empty jets paid for by volunteers were waiting for them. You and I talked on the phone. I told you where they were. Gave you their passport images. And my email and phone number. And you left them behind.

“Great job saving yourselves. Probably get a lot of medals,” he added.

The war correspondent’s accounts are backed by “three dozen” text and email messages with frontline Army leaders, the outlet reported, adding that they differ substantially from what the Biden administration told Americans for days prior to leaving Afghanistan.

“I think it’s irresponsible to say Americans are stranded,” Whte House press secretary Jen Psaki said during a press briefing Aug. 23, in which she clapped back at the insinuation from Fox News correspondent Peter Doocy. “They are not. We are committed to bringing Americans who want to come home, home.”

Biden also said that the military would stay until all Americans who wanted out were evacuated.

The day of the pullout deadline, August 31, Pentagon spokesman John Kirby admitted that Americans had been left behind while seemingly describing it as an otherwise normal diplomatic occurrence.

“It’s not completely unlike the way we do it elsewhere around the world. We have Americans that get stranded in countries all the time and we do everything we can to try to facilitate safe passage,” he said. 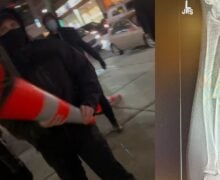