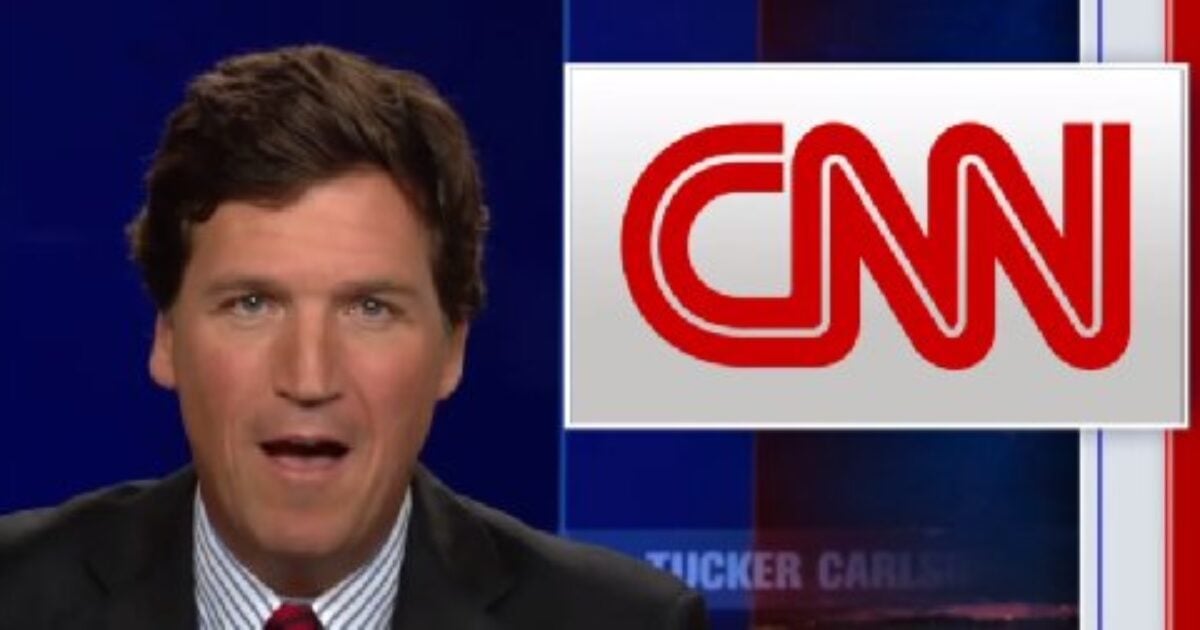 Tucker Carlson, the host of Fox News Channel’s “Tucker Carlson Tonight” show, slammed CNN on Friday for being an “arm of the woke national security state” after the network smeared him as a “BS ringmaster” for claiming that the FBI was actively involved in the Jan. 6 attack on Capitol Hill.

Previously, Carlson had posited that “FBI operatives were organizing the attack on the Capitol.” The accusation occurred after Revolver News ran a piece earlier in the week asserting that government agents are unindicted co-conspirators in the riot.

The conservative host stated during his segment: “Earlier this week, we reported that, among those who stormed the Capitol on January 6th, there appear to people working for the FBI. We didn’t guess that, we concluded it based on the government’s own court filings. Dozens of suspects the FBI now says committed serious crimes that day have not been charged with anything or even identified. Why is that? Likely because they were in contact with the FBI before they committed those crimes. That is the definition of corruption.”

“You are working for the FBI, so you’re not charged with a crime. It’s also, by the way, scary, given the current climate, given that January 6th is now being used as a pretext to strip law-abiding Americans of their most basic civil liberties. So given that, we have an absolute right to know exactly what happened that day, and the FBI’s role in it. We believe the FBI had people on the ground, people who stormed the Capitol and committed crimes while inside. We said that. The FBI has not denied it. In fact, no one from the FBI has even commented on it. They don’t have to. This time, they’ve got CNN squarely on their side,” Carlson alleged.

He accused the liberal network of being “apologists for corrupt federal law enforcement.” Then Carlson showed CNN talking heads and leftists providing cover for the federal government while damning him and conservatives en masse as extremists.

“And now it’s the FBI? Tucker Carlson’s newest baseless theory about the insurrection and how he is spreading it to millions of people,” CNN’s Don Lemon spewed in one clip.

Chris Cuomo went after Fox News as well as the primetime host: “A new conspiracy theory is emerging, about the attack on the U.S. Capitol. You hear this, directly from hate TV.”

“This is the beginning of a new effort to rewrite what happened on January 6th, even though it is wrong and as you’ll hear from our analyst – impossibly wrong,” CNN host John Berman proclaimed.

Brianna Keilar excoriated the claims: “And the whole crux of it is that this was an FBI insider operation. Clearly, untrue — clearly, untrue, totally baseless.”

Keilar had pointedly smeared Carlson on CNN’s “New Day” Friday, calling him a “BS ringmaster… breathing air into this false flag conspiracy theory that originated from a right-wing website that has been flagged by social media for being B.S.” Keilar also went on to proclaim: “This conspiracy theory is based on references to unindicted co-conspirators and several indictments against Capitol rioters. Legal analysts like Elie Honig, and anyone who you’ll talk to of any legal merit, have called this legally impossible.”

Not to be left out of the ranting, Republican Rep. Adam Kinzinger remarked on CNN: “Let me say again, it’s insane to think that the FBI did this.”

To all of that, Carlson replied: “And then just to make it totally obvious that CNN now functions as an arm of the woke national security state, which they do, the channel invited on the former assistant director of the FBI, a man called Chris Swecker, to reassure viewers that the FBI did absolutely nothing wrong on January 6th. Not one bad thing. Trust us. And, of course, CNN does trust the FBI. The FBI’s word is good enough for them. The change is bewildering.”

After recounting the 2015 terror attack in Garland, Texas that CNN covered, Carlson concluded with: “So tell us again how the FBI would never have anything to do with the attack on the Capitol on January 6? These were some of the ‘counter-terrorism tactics’ the FBI adopted after 9-11. Now the bureau has changed its focus. It’s no longer going after Islamic extremism. It’s now going after Joe Biden’s political opponents – those are the domestic terrorists they’ve been telling you about. This is a nightmare, it’s a nightmare for civil liberties, for democracy itself. We should have seen it coming. We didn’t.”

Journalist Glenn Greenwald is solidly in Carlson’s camp on this and is not buying the innocence of the FBI, CIA, and federal authorities these days now that they are apparently openly in cahoots with the liberal media and Democrats.

When it comes to understanding what did and did not happen on 1/6, these are the outlets — filled with former FBI and CIA agents on their payroll — that you should absolutely trust. Look how reliable they are: pic.twitter.com/Y9Z5rXdV4X

This is liberal TV 👆. The corporate execs programming for a liberal audience do this because they know liberals eat this shit up. They know they've been trained to see CIA/FBI operatives as oracles of Truth, so that's who they hire. Those mocking FBI's role have this mentality. pic.twitter.com/lcxLv8YOrN

How can you honestly report on questions about the ethics or truthfulness of the FBI or CIA when you look around you and see that the media corporation that pays your bills and mortgage has hired all of the leaders of those agencies? You're trapped, required to protect them. pic.twitter.com/Zzzti3Zspm