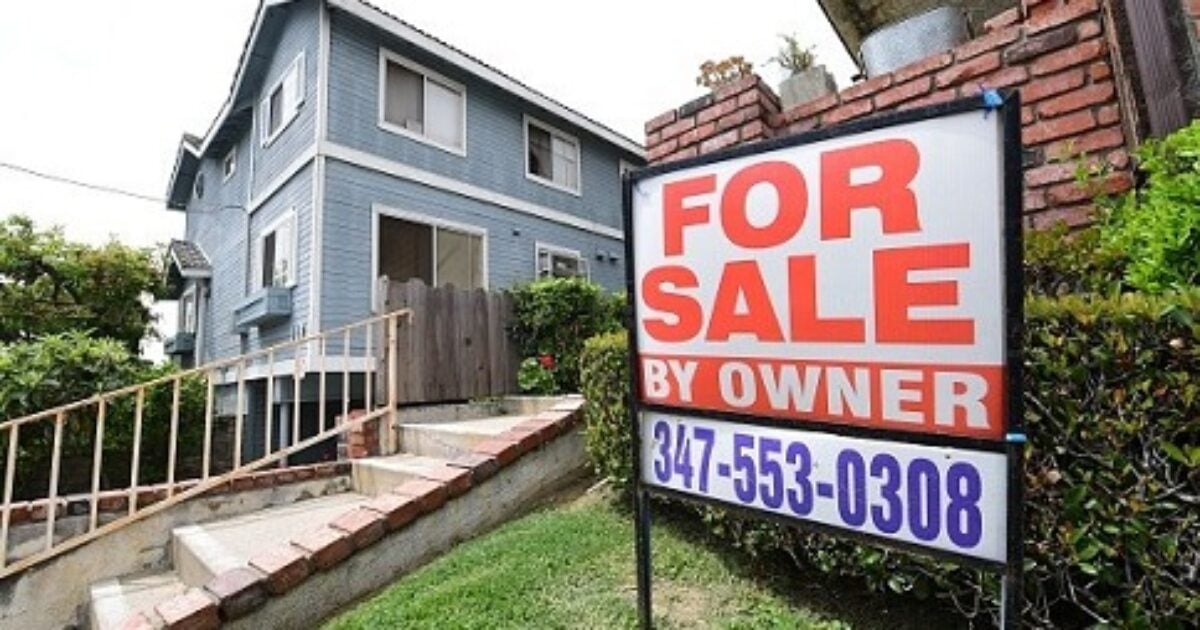 Back in April, the Wall Street Journal ran an article about “yield-chasing” private-equity firms with billions “snapping up single-family houses to rent out or flip.”

Vox summed it up well when the outlet observed that “investors have turned to the real estate market because it has become a very profitable place to put your money.”

“The main reason it has become so profitable is the preexisting housing shortage created by local governments and certain homeowners seeking to block new homes from being built, leading to a nearly 4 million home shortage nationwide,” the story noted.

While building more homes may be a logical answer, making it difficult for private-equity firms to dominate the market share, there was no shortage of blame on social media being directed at BlackRock:

You shouldn’t have to compete with #Blackrock to buy your home. The Fed’s cheap flood of money sells Main Street out to Wall Street. This is the war on the little guy. This is the war on small business. This is central planning’s ultimate nefarious plan. https://t.co/XyLeiSKFkD

Woke capitalism: culture war against your values with one hand, robbing you blind with the other.

Conservative Ben Shapiro had a different take on events, calling attention not only to our “insane monetary policy” but the other side of the equation — homeowners eager to sell to Blackrock.

“Blackrock is buying homes from people willing to sell them,” Shapiro said in a series of tweets. “If you don’t like what they’re doing, target the loose governmental policy incentivizing this sort of investment…. you could direct your energies toward stopping the Fed’s insane monetary policy, which is driving down the cost of loans and creating a massive bubble.”

“If you’re mad at Blackrock and want to artificially prevent them from buying single-family homes, I’d like for you to explain to those who currently own the homes why you’re taking money out of their pocket,” he added.

Seriously, Blackrock isn’t going to stop investing in single-family homes because you’re mad on Twitter. But you could direct your energies toward stopping the Fed’s insane monetary policy, which is driving down the cost of loans and creating a massive bubble.

And if you’re mad at Blackrock and want to artificially prevent them from buying single-family homes, I’d like for you to explain to those who currently own the homes why you’re taking money out of their pocket.

One thing is certain, the issue is more complicated than some understand and draws plenty of commentary about the government’s role and who really benefits. There are also observations about BlackRock being woke and how that may factor in.

Here is a sampling of other responses to the story from Twitter:

Look I get that BlackRock is a pernicious, parasitic investment fund that’s buying up all the houses in your neighborhood and contributing to the American debtors hellscape.

But they support Pride, so what can you do? pic.twitter.com/bv7P8cglI2

Blackrock is ALL OVER Joe Biden’s White House. He should be asked about this immediately. We need a real press corps! https://t.co/aE1MpPKhBy

Oh for sure, but the largest investor isn’t Blackrock. It’s American homeowners. And they already have exactly the same incentive. https://t.co/1VxpZyyKf9

Biden should totally own this guy by declaring Blackrock a systemically important financial institution and applying heightened prudential standard. https://t.co/Ikytm3R93n

Blackrock is buying up property in a risk-free environment that has been created for them by the ruling class. A protection racket for the elites in DC+Wall St. Problem is not just politicians, but a Federal Reserve enabling them w *UNLIMITED* credit.

Our money is the problem.

Yeah, I’ll definitely be talking about BlackRock today. Outbidding taxpayers with taxpayer dollars is in no way capitalism and shouldn’t be allowed to stand. Maybe we’ll find some common ground here. 10AM ET. #LwC

BlackRock just bought your town so what? It’s a free country. If you don’t like it go buy in Verizon, Ohio or Geico, Virginia.

If you’re upset about Blackrock pricing out Middle Class home buyers and slowly making us a nation of permanent renters, just wait until you hear that the current Director of the National Economic Council under Biden is their former Global Head of Sustainable Investing.