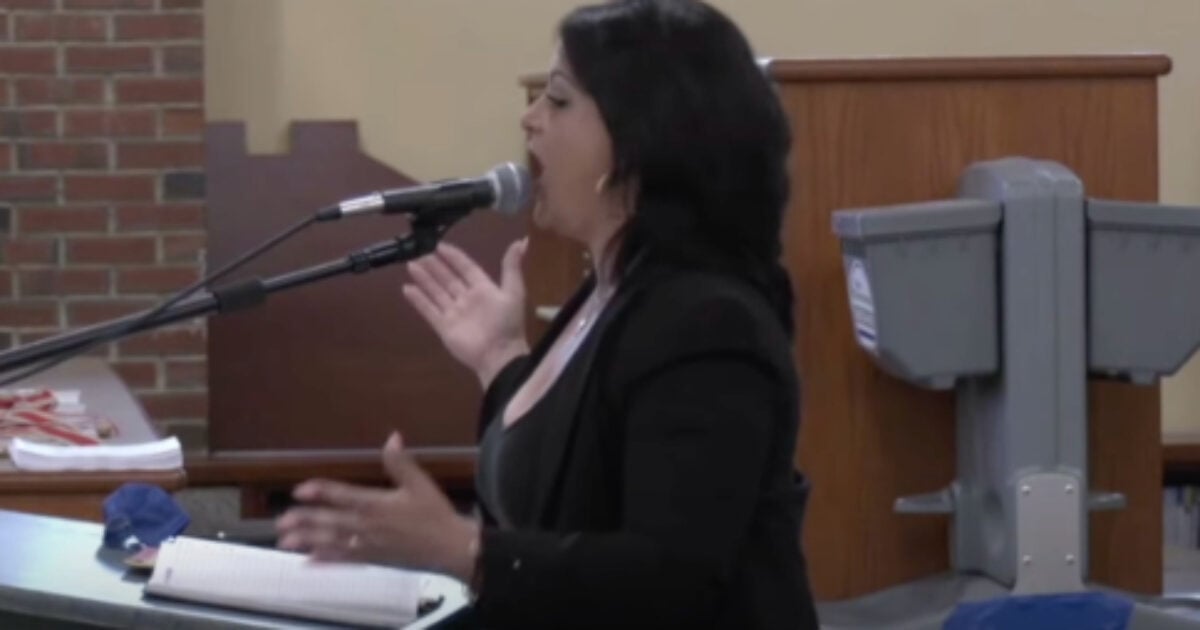 A New York mother who took a local school board to task during a recent fiery speech in which she railed at members over the school district’s “poisoning” of students’ minds with ‘woke’ and racist curriculum has gone viral online.

The woman, who is allegedly from Carmel, N.Y. and whose first name is Tatiana, begins by informing board members it is her first time addressing them before explaining why she is objecting to the school district’s budget.

As she went on, she said she was Christian while her children were Muslim before dropping someone’s name, presumably that of a teacher, at which point a board member scolded her and said she was not permitted to do that.

She's not done yet. If anyone knows who this mom is, please put me in touch. I'll have her on my channel in a heartbeat to talk about what her kid's school is doing.

“Why am I not allowed to use names?” the mother responded, suggesting that the person she mentioned “purposely, themselves, exposed themselves on social media, talking about calling for the death of a former president? Or saying that any child that doesn’t believe in Black Lives Matter should be canceled out?”

“These educators put their own names out there,” the mother continued as she dropped a few more names — presumably of teachers — before accusing the school board of “creating a curriculum of Black Panther indoctrination.”

At that, board members tried interrupting again, but the mother persisted and said she could prove what she was saying about the teachers.

“Is that what scares you, the proof? Why can’t we let the public know that you’re teaching our children to go out and murder our police officers?” she said.

“Do you want the proof? I have the proof,” the mother continued, holding up several sheets of paper. “You work for me. I don’t work for you. You have a duty, we are entrusting our children to you.”

She went on to say that parents try to raise their children with certain values and morals, but that some will grow up to commit heinous crimes through no fault of their family.

“You’re emotionally abusing our children and mentally abusing them,” the mother continued angrily. “You’re demoralizing them by teaching them Communist values! This is still America, ma’am.”

She went on to tell board members that they would likely see her in the future because she’s retired and has the time to focus on the issues she is upset about.

“We can do it peacefully, or we can take it to the highest court, because you know and I know I’m not the only parent fighting this,” she continued. “All across America right now, schools are trying to poison our children’s minds. Teaching them things that have no right to be taught in school.”

A female board member then spoke up, saying that while she didn’t have a problem “having a peaceful discussion” with the mother, she did not feel like that was the case.

“This is not a peaceful discussion,” the board member, Michelle Yorio, insisted.

“I did not accuse you of that,” Yorio responded.

The mother ignored the board member’s concern and went on to criticize anti-police curriculum that she said made many kids uncomfortable because most of them are children of police officers.

Later, she ripped board members for permitting teachers to ask students who they supported during the presidential election.

“Why? Why did you ask students who they voted for? What did it matter?” she said, to silence from the board members.

“No answers, huh? You have no answers for me.”