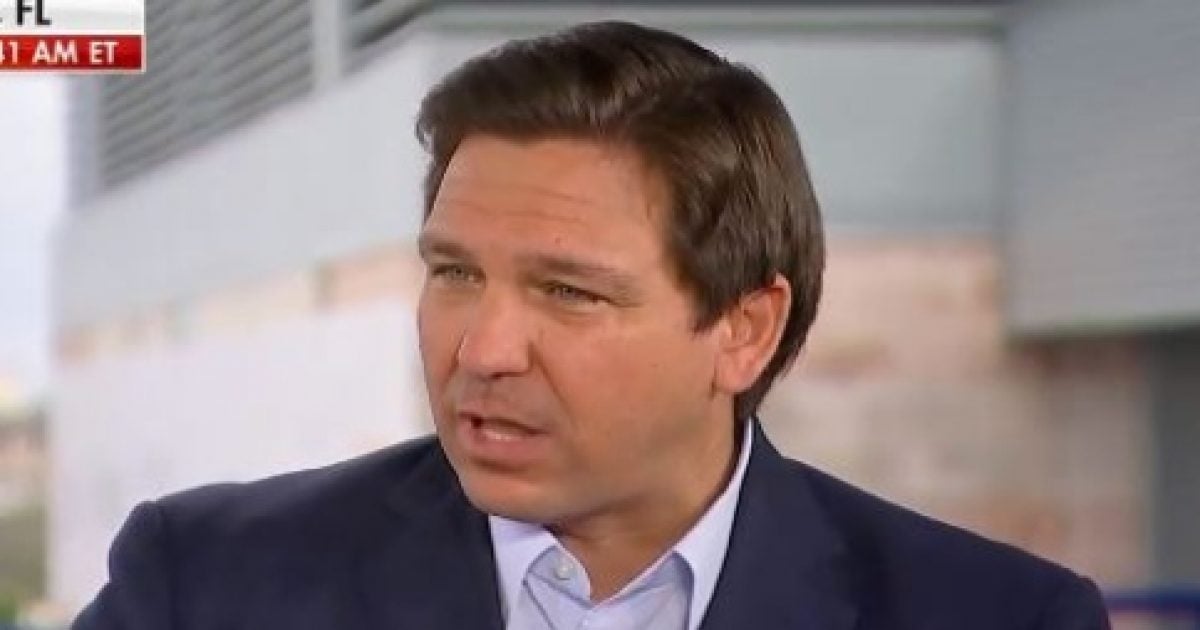 Politico is being lambasted after publishing what many are calling a “hit piece” against Republican Florida Gov. Ron DeSantis, claiming that traumatized and “scarred” ex-staffers have formed a support group.

In the outlet’s Friday installment of the “Politico Playbook,” a headline stated: “Scarred DeSantis staffers form a support group.”

“We talked to a dozen or so onetime aides and consultants to the Florida governor, and they all said the same thing: DeSantis treats staff like expendable widgets,” the piece claimed. “He largely relies on a brain trust of two: himself and his wife, CASEY DESANTIS, a former local TV journalist. Beyond that, there are few, if any, ‘DeSantis people’ as far as political pros are concerned.”

“Yes, DeSantis recently hired highly regarded operative PHIL COX. But there’s no savant that he’s been through the trenches with, like a KARL ROVE or DAVID AXELROD — let alone an army of loyalists. That’s probably not fatal to his White House prospects, but it can’t help,” Politico remarked.

The outlet is positing that a “support group” of ex-staffers meet regularly to “trade war stories” lamenting their time working for the governor. These same “staffers” claimed that DeSantis had some of the “highest turnover” among staff while in Congress.

“Aides would lure DeSantis to staff meetings with cupcakes, saying that it was a colleague’s birthday to get him to attend,” Politico reported. “In the gubernatorial primary, DeSantis visited his campaign headquarters just a couple of times. On election night, he entered the war room after his win and remarked, ‘Wow, I didn’t know this many people worked for me,’ according to four former staffers.”

An anonymous former aide allegedly said to Politico: “Loyalty and trust, that is not a currency he deals in… It’s him and Casey. But everyone else is like a disposable piece of garbage.”

The political hit piece even went so far as to paint DeSantis as heartless: “Another story relayed to us by five former staffers: At the beginning of his administration, DeSantis directed the Florida Republican Party leader to fire a party official who had cancer — on that person’s first week back from surgery.”

Again, these are anonymous sources and there is no context provided. The piece also claims that the Florida Republican allegedly blames staffers for his own blunders.

DeSantis has become a target of the left as he has skyrocketed in popularity among Republicans. He is seen as either a vice presidential possibility for Trump in 2024 or as a presidential candidate himself.

In April, “60 Minutes” was shredded for reporting that DeSantis was involved in a “pay for play” scheme involving a local grocery store chain. The story fell apart and was ridiculed by critics for editing an exchange the governor had with a CBS correspondent that explained his arrangement with the grocery outlet over coronavirus vaccines.

The New York Times also went after DeSantis, calling him a “polarizing leader” with a “mixed” record on Florida’s COVID response.

MSNBC’s Joy Reid and “The View” co-host Sunny Hostin have both attacked him, defaming him with less-than-brilliant monikers such as “Death-Santis.”

Critics took to Twitter to shred Politico’s latest reporting on the subject:

I read this expecting some Klobuchar-style anecdotes like "he threw a binder" or "he berated a staffer for not having a fork to eat his salad."

Instead, it's just he fired someone and one time got mad at his staff.

Media has really gotten to the "former employees" stage of trying to smear him, Ronny D is that unstoppable and effective. https://t.co/t6cA8xcDHj

The absolute unparalleled horror that Ron DeSantis trusts the opinions of his wife more than a bunch of political consultants https://t.co/rOeiA7y8eh