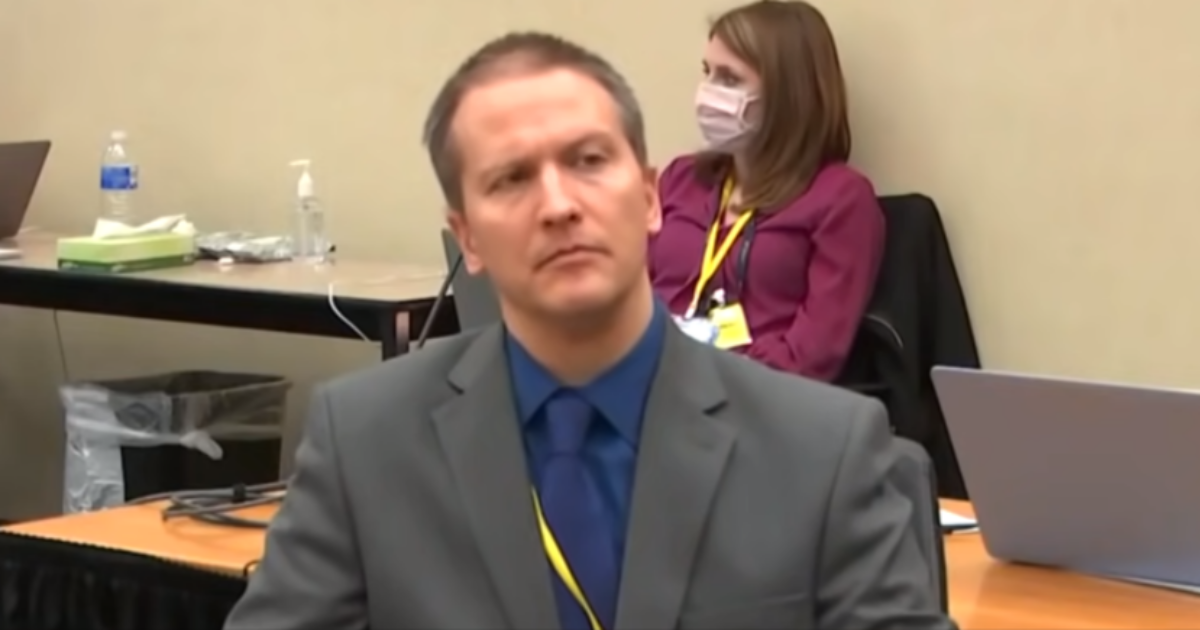 The Department of Justice is now reportedly considering charging former Minneapolis police officer Derek Chauvin over a 2017 incident where he allegedly struck a black 14-year-old boy with a flashlight and then knelt on him for approximately 17 minutes.

There is bodycam footage allegedly showing Chauvin hitting the teenager in the head twice with a flashlight after he resisted arrest in a domestic violence call. The boy was hit so hard he required stitches according to a report by ABC News. He was said to be bleeding from his ears during the arrest. The boy and his sister were accused of assaulting their mother.

After allegedly striking the boy in the head, Chauvin purportedly grabbed the boy’s throat and “applied a neck restraint, causing the child to lose consciousness and go to the ground,” state prosecutor Matthew Frank reportedly wrote in court papers.

“Chauvin and [the other officer] placed [the teenager] in the prone position and handcuffed him behind his back while the teenager’s mother pleaded with them not to kill her son and told her son to stop resisting,” Frank wrote. “About a minute after going to the ground, the child began repeatedly telling the officers that he could not breathe, and his mother told Chauvin to take his knee off her son.”

“Those videos show a far more violent and forceful treatment of this child than Chauvin describes in his report [of the incident],” Frank wrote in the court filing.

Chauvin is said to have adjusted his knee after 8 minutes on the boy’s neck and then placed it on his upper back for a further 9 minutes.

The boy was arrested for obstruction with force and domestic assault.

ABC News referred to an unnamed source in their reporting on the altercation. Their report claimed that Minnesota prosecutors attempted for months leading up to Chauvin’s trial to include the video as evidence of Chauvin’s violent nature during arrests. The judge seemingly denied entering the video into evidence because acts of prior bad faith have the potential to poison a jury on the current case being tried.

The DOJ is now said to be looking into whether they should file charges against Chauvin over the aggressive arrest portrayed in the video.

When interviewed by ABC News over the latest accusations against Chauvin, Minnesota Republican Senate Majority Leader Paul Gazelka said justice was done in the Chauvin case but that police should also be supported for the dangerous work they do.

Frank proceeded to argue that the body camera footage in question shows “Chauvin’s use of unreasonable force towards this child and complete disdain for his well-being.”

“As was true with the conduct with George Floyd, Chauvin rapidly escalated his use of force for a relatively minor offense,” Frank stated in the court papers.

“Just like with Floyd, Chauvin used an unreasonable amount of force without regard for the need for that level of force or the victim’s well-being. Just like with Floyd, when the child was slow to comply with Chauvin and [the other officer’s] instructions, Chauvin grabbed the child by the throat, forced him to the ground in the prone position, and placed his knee on the child’s neck with so much force that the child began to cry out in pain and tell Chauvin he could not breathe,” the prosecutor noted.

On Tuesday, a jury found Chauvin guilty of second-degree unintentional murder, third-degree murder, and second-degree manslaughter in the George Floyd case. He could serve decades behind bars for his actions. Chauvin’s sentencing is scheduled for June 16.