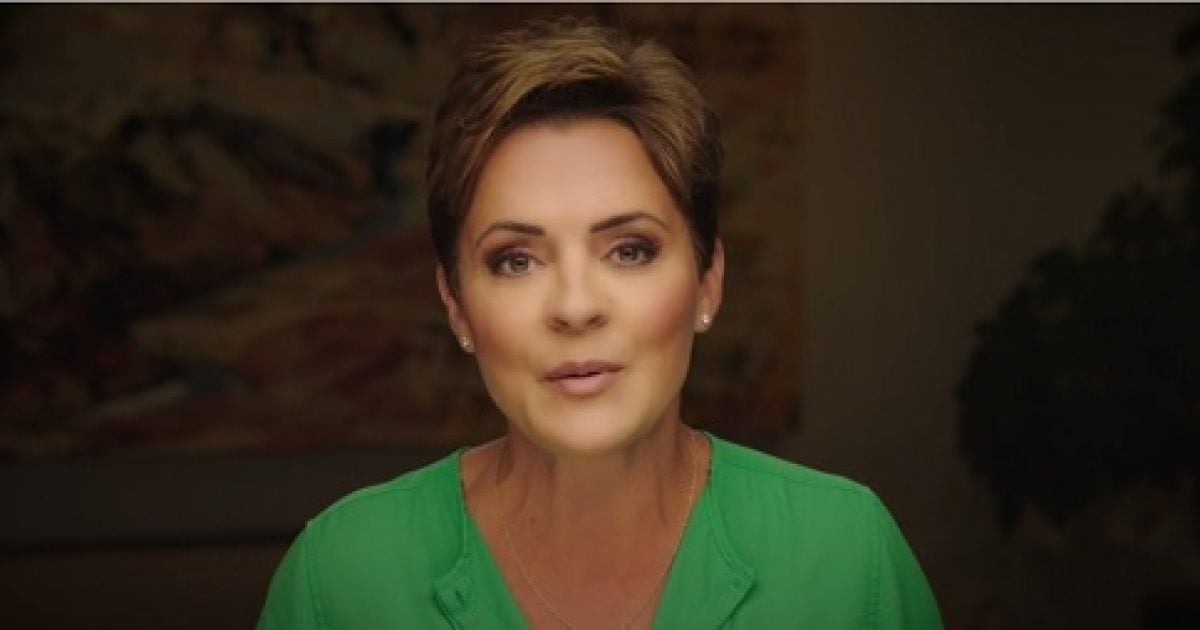 Top-rated Fox 10 news anchor Kari Lake publicly resigned over the direction of her profession, proving that there may still be a handful of journalists out there who still value integrity.

In a video released on Rumble, Lake explained that she has been on leave — more on that below.

“This time away from work has given me a chance to reflect on my work,” Lake said, explaining that she has been part of the number one ranked news team for much of her 22 years in the business.

“Sadly, journalism has changed a lot since I first stepped into a newsroom, and I’ll be honest, I don’t like the direction its going,” she added. “The media needs more balance in coverage and a wider range of viewpoints represented in every newsroom at every level and at each position.”

Lake said that over the past few years, she no longer “felt proud to be a member of the media.”

“I’m sure there are other journalists out there who feel the same way,” she said. “I found myself reading news copy that I didn’t believe was fully truthful, or only told part of the story. And I began to feel that I was contributing to the fear and division in this country by continuing on in this profession.”

“It’s been a serious struggle for me and I no longer want to do this job anymore,” Lake said. “So I decided the time was right to do something else and I’m leaving Fox 10.”

After thanking the affiliate, Lake said “there will probably be some hit pieces written about me,” adding that “not everyone is dedicated to telling the truth.”

“It is scary to walk away from a good job and a successful career, especially in difficult times,” she said. “I know God has my back and will guide me to work that aligns with my values.”

Among her supposed transgressions was that in 2020, Lake tweeted a video of two California doctors advocating for lifting the shelter-in-place order in the state — the video was deemed by the powers-that-be to have been “debunked.”

A left-leaning site suggested Lake shared conspiracy theories online and joined “a social media site loved by Nazis” — this being an extreme reference to Gab. Lake was also criticized for having a Parler account.

In January, Lake released a statement in response to rumors about her leave.

“Due to my job I’ve lived much of my life in a public way, so I’m sure it seems strange that I have gone silent,” she tweeted. “But the truth is I’ve needed a bit of privacy at this time. And while I have absolutely no desire to address my absence publicly, the steady stream of inquiries and now some reporters reaching out with a list of questions having very little to do with my absence and only intended to try to damage my reputation or personally hurt me, leads me to address my absence right now.”

“Since the beginning of January I have been out on health leave using FMLA (Family and Medical Leave Act),” the news anchor continued. “I have not been fired, demoted, reprimanded, etc. I remain a 20+ year employee at Fox in good standing.”

Regarding my absence on tv: pic.twitter.com/zD3xpDEnmn

While the now former journalist did not touch on her political leanings, she came under fire from the left after a one-on-one interview with President Donald Trump.

A Jan. 9 tweet in response to Big Tech canceling the sitting president was cited as an example of dubious actions taken.

As seen below, Lake called the action “disturbing,” saying the “First Amendment is under attack.”

The purge of the President and many others on Twitter, FB and other social media accounts is disturbing. First Amendment is under attack.

If that wasn’t enough to suggest that she may be conservative by nature, or at least a decent human being open to the views of others, Lake offered her condolences after the recent passing of talk radio giant Rush Limbaugh.

“I think in a way, the nastiness toward me is meant to scare other journalists who are open-minded and considerate of all points-of-view to snap back into line or they, too, will be ‘cancelled’ and their reputation attacked,” Lake said during an interview with Arizona Daily Independent.

She told the independent news outlet that COVID-19 was the breaking point.

“It really got difficult for me when Covid hit. I felt the stories I was reading were not fully truthful,” Lake explained. “The cancel mob’s insistence that certain Covid- related stories not be told or even whispered, while others were told over-and-over made me feel as if I was not giving a balanced view of the situation to viewers.”

“I became a journalist to be helpful, not harmful, but some of the stories I was reading likely contributing to the fear and division—and I couldn’t do that anymore,” she said. “I prayed a lot for guidance—asking God to lead me in the right direction.”