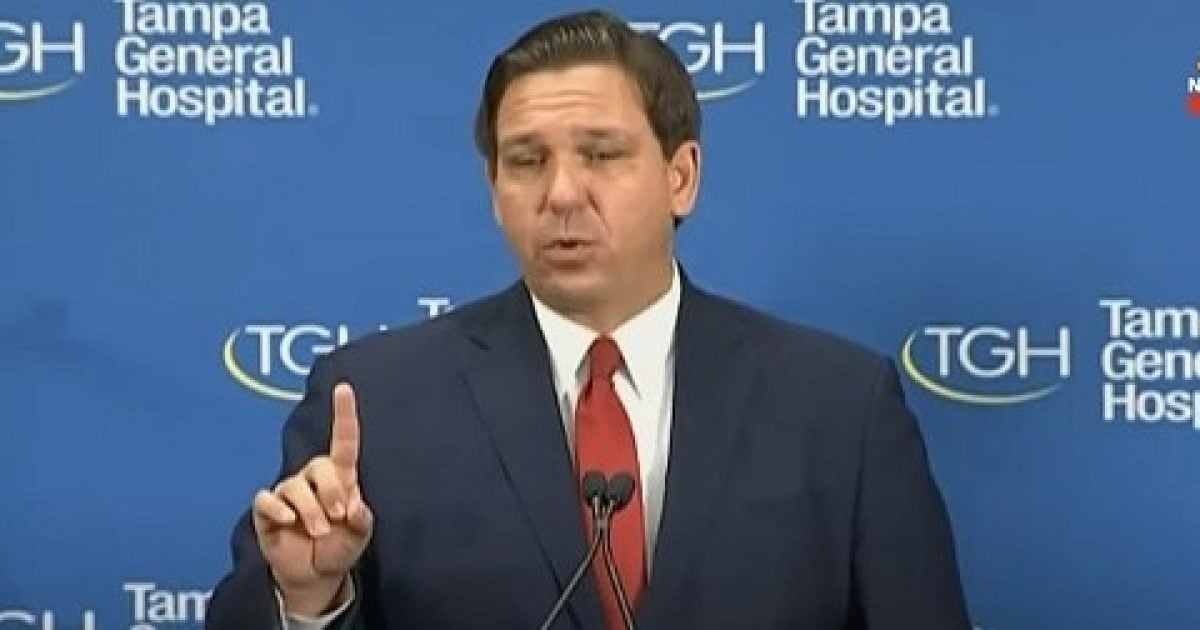 Officials in Palm Beach County, Fla., defied an order from GOP Gov. Ron DeSantis to lower U.S. and state flags at public buildings to half-mast in honor of conservative talk radio legend Rush Limbaugh, who passed away last week after a year-long bout with lung cancer.

On Wednesday, according to local reports, Palm Beach County officials were split regarding the order: The U.S., state, and county flags at the West Palm Beach courthouse remained at their normal staggered position, though the U.S. and state flags were lowered at the Palm Beach Town Hall across the Intracoastal Waterway.

Palm Beach County is known as a Democratic Party stronghold; while former President Donald Trump, who lives in the county where Limbaugh had his broadcast studio, won Florida by 3.4 points, Joe Biden won Palm Beach County.

County Commissioner Melissa McKinlay, a Democrat, posted a statement on Twitter claiming that the flags remained at full staff because Limbaugh was “divisive.”

“The lowering of flags should be a unifying gesture during solemn occasions, such as in remembrance of the young lives lost during the Parkland High School massacre or first responder line of duty deaths,” she wrote. “Although Rush Limbaugh was a significant public figure, he was also an incredibly divisive one who hurt many people with his words and actions.”

In a statement, DeSantis’ office decried the decision to defy the governor’s order.

“It is unfortunate that Palm Beach County would rather engage in petty politics than honor the death of one of their county’s and state’s most prominent residents and a Presidential Medal of Freedom recipient,” the statement said.

The Post noted that, according to state law, flags can be lowered “on appropriate occasions, such as on holidays and upon the death of high-ranking state officials, uniformed law enforcement and fire service personnel, and prominent citizens.”

Meanwhile, the city of Palm Beach lowered its flags on Monday in response to a directive from Biden in remembrance of the 500,000 Americans who have reportedly died from COVID-19.

Palm Beach County Democrats were not the only ones to defy DeSantis’ order. Nikki Fried, the state’s agriculture commissioner and the only Democrat to hold statewide elected office, also said she would ignore the directive and would instruct all of the offices she controls to do so as well.

And St. Petersburg Mayor Rick Kriseman noted online that he would not honor Limbaugh, whom he falsely accused of spreading hatred, racism, bigotry, and homophobia.