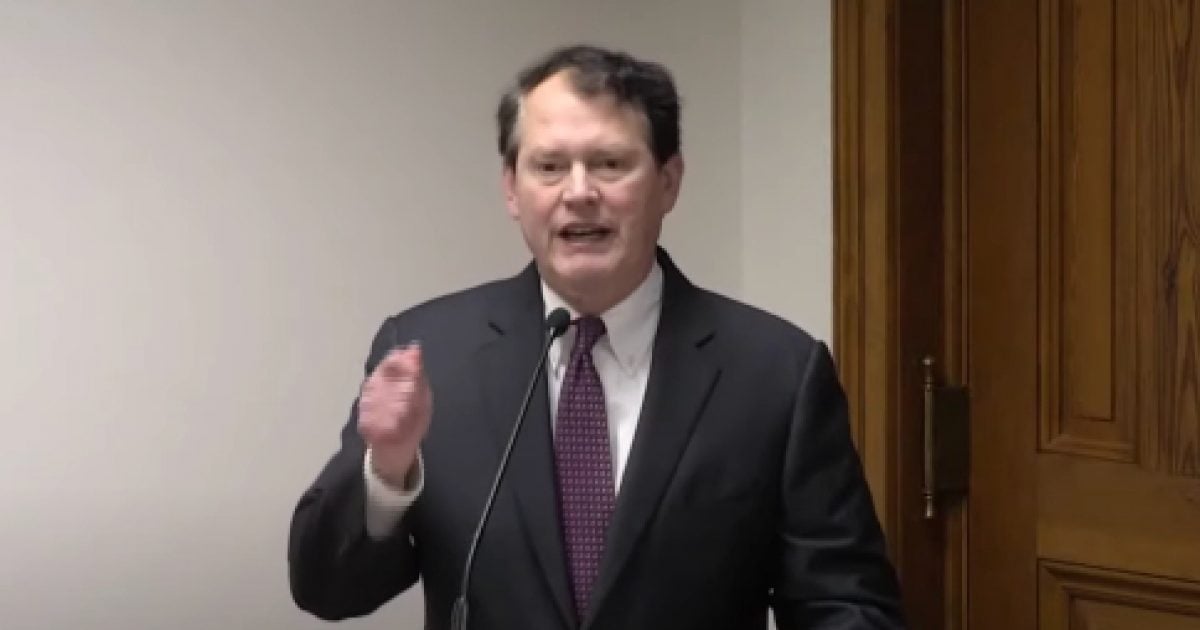 A member of President Donald Trump’s campaign legal team on Thursday described to a panel of Georgia senators how thousands of votes were allegedly cast illegally in the state last month, during a hearing on election fraud.

Ray Smith, the lead counsel in Georgia for the Trump campaign, began by telling the panel that the president’s attorneys were preparing to file legal action in the state alleging widespread voting fraud and voting irregularities, as well as numerous violations of the law.

“This hearing is the tip of the iceberg,” Smith said, announcing the campaign’s legal action while criticizing Secretary of State Brad Raffensperger (R) and county election officials.

“It is impossible…impossible…to certify the results of the 2020 election,” Smith said.

He further explained that Georgia law calls for new elections under such circumstances, and the campaign is asking a state court to order one. But he added that the assignment of electors is a constitutional function of state legislatures.

Smith then listed several instances of alleged vote fraud, including:

— “66,248 underage, and therefore ineligible, people” who illegally registered to vote “before their 17th birthday, when the law requires 17-and-a-half years old”

— “At least 2,423 individuals” voted who were “not listed as registered”

— 10,315 “or more individuals who were deceased by the time of the election”

— 395 people “who had cast ballots in another state, which is illegal in both states”

— 15,700 people who filed a “national change of address” with the postal service prior to the Nov. 3 election date

— 40,279 people who had moved from one county to the next “at least 30 days prior” to the election without properly registering to vote in their new location, which is a violation of state law

The legal action contesting the results of the election “will include affidavits of more than 100 Georgia voters, sworn under penalty of perjury, attesting to and confirming multiple violations of the Georgia election code,” Smith said.

Earlier, Smith told the Senate panel that even though the state legislature has laid out how presidential electors are awarded in state statutes, lawmakers had to consider the “flaw process” by which tens of thousands of votes were allegedly cast illegally.

“Congress has provided for that eventuality. Title III of the United States Code, Section 2, provides, ‘Whenever any state has held an election for the purpose of choosing electors and has failed to make a choice on the day prescribed by law, the electors may be appointed on a subsequent day in such a manner as the legislature of such state may direct,’” Smith said.

“In other words, because the…general election was so fraught with error, violations of law, lack of uniformity across the state, it is the legislature that must choose the presidential electors,” he noted further, which he said is outlined in federal law and the U.S. and Georgia constitutions.

At the same hearing, the Trump campaign also released damning video evidence purporting to show a small group of election workers retrieving suitcases full of ballots that were squirreled away underneath a table at the State Farm Arena, home to the NBA’s Atlanta Hawks.

The campaign said about four workers remained behind after a supervisor had dismissed everyone else for the night, including GOP poll watchers.

The video forced Gov. Brian Kemp late Thursday to call for a “signature audit” of ballots cast during the election.