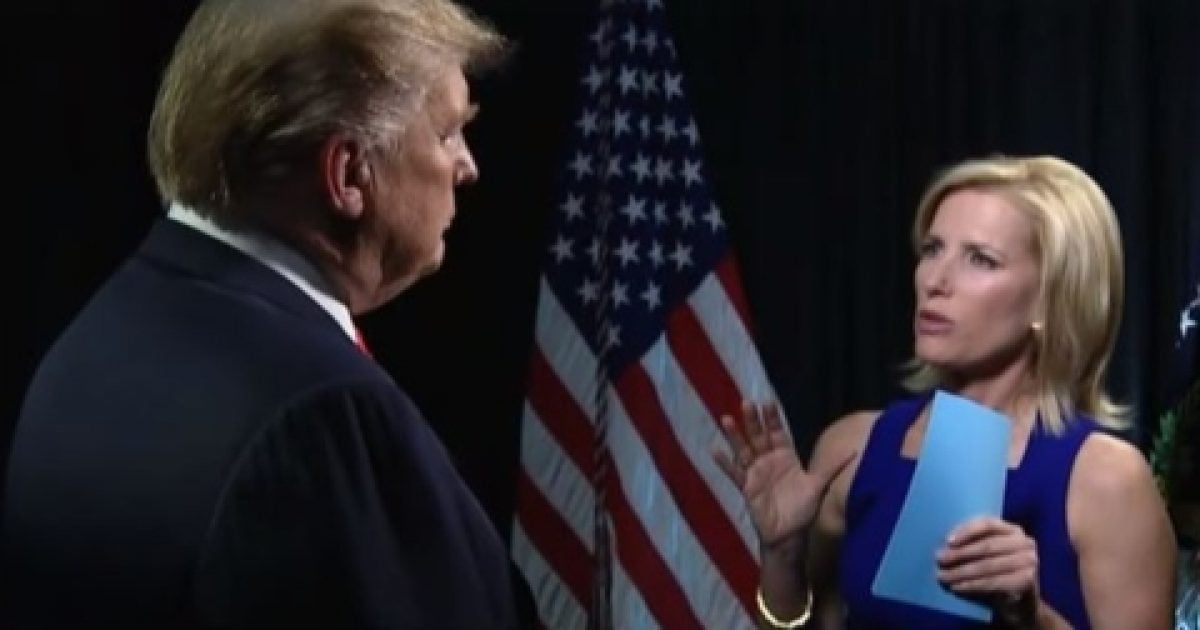 Fox News host Laura Ingraham believes it is a “no-brainer” that the US Supreme Court will back President Donald Trump and his constitutional authority to declare a national emergency at the southern border.

Ingraham spoke with Fox News political contributor Tammy Bruce on Thursday about the House vote to approve a border security deal preventing another government shutdown while not delivering on Trump’s demand for $5.7 billion for a wall on the Mexican border.

“I think the Democrats are the ones who are willing to inflict pain on the American public,” Ingraham said, adding that it “irked” the president to have to accept the inadequate bill which she had urged him to reject in a series of tweets earlier Thursday.

This bill must NOT be signed by @realDonaldTrump.

“It’s a terrible position for him to have been,” Ingraham, who was on vacation, told Bruce by phone, saying Trump had to play “the only card he has left” by declaring a national emergency.

“The Democrats pushed him in this situation, Tammy. It was completely unnecessary. The president did the right thing here. He had to do this,” she said.

“She doesn’t know what she is talking about,” Ingraham said. “This will be affirmed by the court.”

“This is not the way any of us wanted this done,” Ingraham added. “I’m really unhappy with what a lot of what is in this bill. It’s not what we wanted. The president should have done this in the first 100 days of his term.”

Bruce agreed, pointing to how Trump has attempted to “work with the system. Being the compromiser, bringing people in,” while the episode only serves to show the American people “what the Democrats are made of” and that “this will be a constant fight” for the Trump presidency.

Ingraham believes the issue will become a focus of the 2020 elections, noting how everyone thought it would have been settled by now.

“But the Democrats are bowing down at the altar of open borders. This is a religion to them,” she said.

“This is, Tammy, their religion. They don’t believe in the old nation state. They think nations are passe. They think our sovereignty is expungeable, trade-able and President Trump doesn’t believe that.”