During the speech, Trump made the case for a border wall, citing the need to halt the tsunami of illegal drugs, human traffickers, child smugglers, and violent criminals from coming into the US:

Our southern border is a pipeline for vast quantities of illegal drugs, including meth, heroin, cocaine, and fentanyl.

Every week, 300 of our citizens are killed by heroin alone, 90% of which floods across from our southern border. More Americans will die from drugs this year than were killed in the entire Vietnam War.

Over the years, thousands of Americans have been brutally killed by those who illegally entered our country. And thousands more lives will be lost if we don’t act right now.

Shepard Smith reacted by flippantly dismissing the facts that President Trump cited, claiming they’re not true. “Government statistics show much of the heroin actually comes not over the unguarded border but through ports of call,” Smith said on Fox News.

Meanwhile, a Univision reporter who was embedded with the caravan reported that potential terrorists from Bangladesh had indeed infiltrated the caravan. Smith never issued a correction even after being caught lying.  So Shep’s “fact checks” should always be fact-checked.

Smith then goaded fellow Democrat Chris Wallace into denying that there is a crisis at the border but failed. 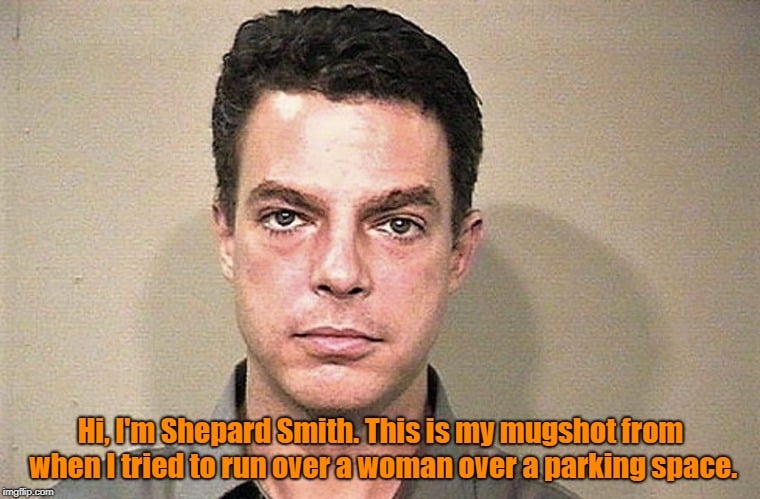 While Wallace said he doesn’t believe that Democrats will be persuaded to fund the border wall, he admitted there is indeed a border crisis.

Wallace continued: “The speech will certainly galvanize the president’s base. I’m not sure it’s going to convince a lot of undecided people. And it certainly isn’t going to persuade the Democrats.”

This cavalier statement marginalizes the lives of the 5,000 Americans who are murdered every year by illegal aliens.

What is it with Democrats trying to hard……. https://t.co/JbKgC6BmoQ

Pelosi and Schumer say the tragic, preventable murders of these Americans by illegal aliens is a “manufactured crisis.”

“Trump talked about ending the child trafficking [and] sexual exploitation of Latin American women and girls and the media is calling him a racist,” said One America News reporter Jack Posobiec.

Don’t be fooled into thinking Democrats care about the illegal immigrants from a humanitarian standpoint. It’s all about the votes.

Democrats don’t care that we let drug smugglers carry their illicit substances into our country.

Anyone can scale the low fence at the US-Mexico border.

Look how easy it is to jump the US border now. Why? Because there’s no wall to prevent it. And that’s exactly what Democrats want to increase their voting bloc.