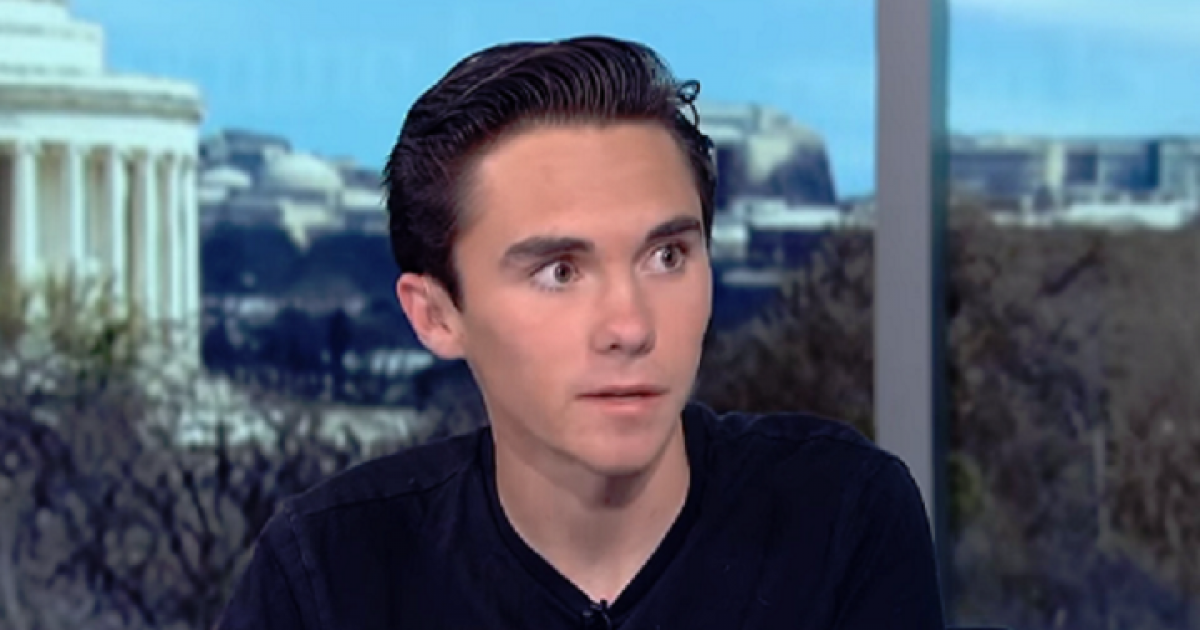 While his 15 minutes of fame has all but dried up as his media allies have moved on to other news, Stoneman Douglas High School graduate David Hogg is still targeting the National Rifle Association.

Hogg, who labeled 5 million members of the NRA “child murderers” on national TV while calling on the pro-Second Amendment group to disband, with zero pushback from CNN anchor Alisyn Camerota, took to Twitter last week to accuse the NRA of lying about the man who intervened during the deadly Nov. 2017 church shooting in Sutherland Springs, Texas.

In noting that the gunman killed himself, Hogg is implying that the NRA is claiming one of the two heroes who pursued the shooter, Stephen Willeford, killed him.

Which is simply not an accurate assessment.

Willeford, who lived nearby, grabbed his rifle and ran barefoot across the street to open fire on the gunman who had just shot and killed 26 people at the First Baptist Church.

After flagging down a passerby, Johnnie Langendorff, and the two men pursued the shooter, who eventually crashed his vehicle. When police arrived a few minutes later, it was determined that the man dies of a self-inflicted gunshot wound.

Hogg was simply trying to discredit an NRA ad featuring Willeford, who was honored by the organization.

“My daughter came into the bedroom and she said, ‘Dad, there’s a man in black tactical gear shooting up the Baptist church,'” Willeford begins in the ad. “Every one of those shots, to me, represented one of my neighbors, one of my friends.”

“And I ran as fast as I could. Immediately, he came out of the church, shooting at me. He hit the truck in front of me. He hit the car behind, he hit the house behind me and I hit him,” he continued.

“He had an AR-15, but so did I,” Willeford concludes. “And … it’s not the gun, it’s the heart. It’s a matter of the heart. I’m not the bravest man in the world or anything, but I was here. I was here, and I could do something, and I had to do something.”

And while it’s a mystery why Hogg continues to take a stand against self-defense, and even though he survived the mass shooting in Parkland, Fla., social media users have long grown tired of his uninformed, liberal attacks on law-abiding Americans.

No, it’s you that bears false witness. You’re a Pharisee, a hypocrite and a liar to boot. You’ll not fare well on judgement day boy.

Hogg, you are once again showing you inability to accurately assess what is said or you are being purposely provocative by perpetuating falsehoods. Sorry if I used too many big words in a row… but I did test this on a 2nd grader so I am hoping you get it! LOL!

Noone said he killed the shooter, just that he ended his assault by displaying equal firepower. Your hatred of law-abiding gun owners and the @NRA, the nation’s oldest civil rights organization, is despicable.

Son, the fact that some other person was there to shut him down with an equivalent rifle was still a necessity no matter what bullet hit him. It stopped the thug from doing any more harm to anyone else. Live and learn son.

He said he “hit” him, which is not a lie, and it had the effect of chasing the guy away from the church, also not a lie. Also, the plural of “wound” is simply “wounds”, no apostrophe needed.

The shooter was confronted by Willeford, was shot by him, and then fled the scene. Had his attack not been interrupted, who knows how many more would’ve been killed. No matter your stance on gun control, this guy is a damned hero and you’re a turd for calling him a liar.

But he was first confronted & shot by Willeford. Hard tells no what would have happened if he didn’t. To imply otherwise is grossly disgusting & dishonest, but I’ve come to expect nothing less of you.

Have you thought about taking some time off and figuring things out?