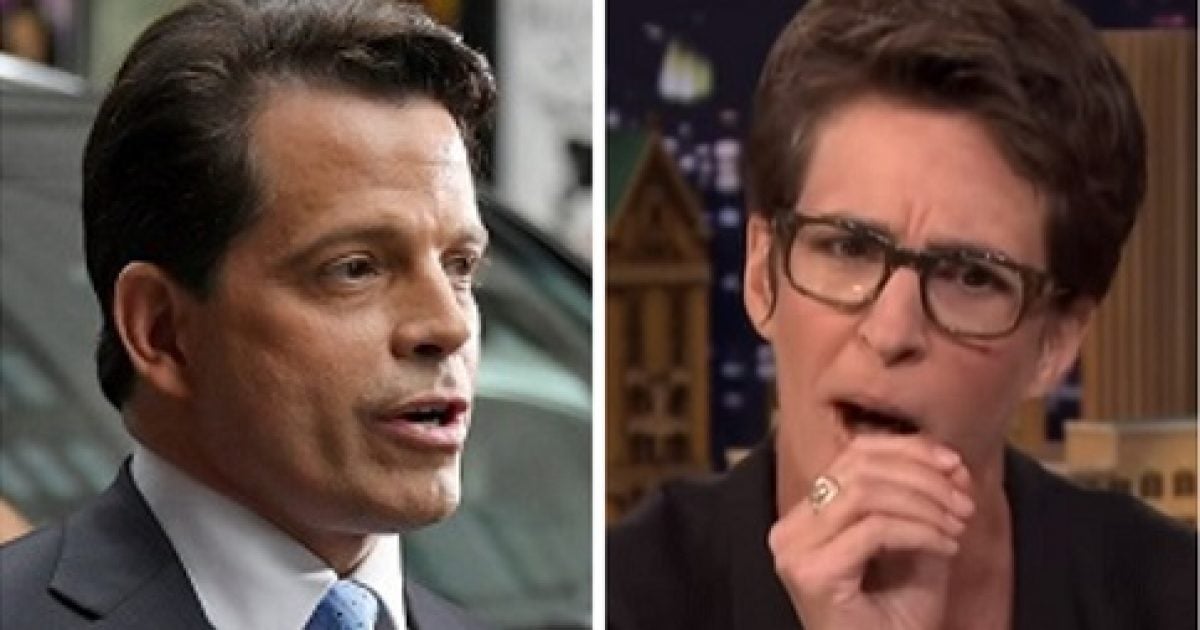 After a little time to reflect, former White House communications director Anthony Scaramucci decided to apologize to MSNBC host Rachel Maddow for suggesting she should take a “suppository” to treat her “Trump Derangement Syndrome.”

Scaramucci made the remark Friday during an appearance on “Fox and Friends,” as he criticized Maddow for her reaction to President Donald Trump’s agreeing to meet with North Korea dictator Kim Jong-un.

“You can tell she’s got a little bit of that Trump Derangement Syndrome, which I like,” he quipped. “I’m hoping that one of these comedians will come up with anti-anxiety medication for liberals — just take one tablet a day, maybe a suppository, and take it easy.”

Taking to Twitter later that afternoon, Scaramucci apologized, saying it was a “light-hearted joke that could be blown out of proportion.”

“I apologize to @maddow: that was a lighthearted joke that could be blown out of proportion. She is extremely talented and while we may disagree on some stuff she has an important voice in our national discourse,” he tweeted.

I apologize to @maddow: that was a lighthearted joke that could be blown out of proportion. She is extremely talented and while we may disagree on some stuff she has an important voice in our national discourse.

Naturally, liberals guilty of saying far worse things had their panties all in a wad over the comment directed at their progressive goddess, as seen here:

The only appropriate answer to Scaramucci making a suppository joke is for @maddow to tell you to shove it up your ass.
But she's too classy for that. Fortunately, you've got me. https://t.co/KLiituqtzh

"You're a deranged nutjob that needs a suppository" – The Mooch

There was even suggestions that it was a sexist remark, as if women are the only ones who take suppositories.

It was a disgusting, disrespectful and inappropriate comment directed to a brilliant woman. My global peers are repulsed by how high caliber women are treated in the US.