The Penn Biden Center held a two-day “Congressional bootcamp” between June 27 and 28, 2022, in partnership with The Penn Project on the Future of U.S.-China Relations where Kaiser Kuo, editor-at-large of The China Project, is a senior adviser, according to the Washington Free Beacon, as well as with the Center for Strategic and International Studies (CSIS) where Maurice Greenberg, CEO of Starr Insurance Companies, sits on the board of trustees. While the event’s full roster of attendees remains unclear, Kuo and Greenberg have both recently come under scrutiny for their ties with the Chinese Communist Party (CCP).

Shannon Van Sant, a former business editor at SupChina — which rebranded as The China Project in July 2022 — delivered a sworn declaration to Congress and the Department of Justice (DOJ) on Oct. 21, alleging her former employer fired her in June 2020 for being out of “alignment” with the organization’s alleged pro-CCP bias. Among other things, Van Sant’s declaration alleged that Kuo told staff that “the U.S. government was responsible” for the “unrest” in Hong Kong, in reference to the city’s 2020 protests, and had thus forced China to “impose national security legislation to protect the city.”

Van Sant’s declaration also alleged that The China Project cooperated with CCP organizations, such as the China Association for Science and Technology, to “protect” Chinese scientists whom the U.S. government had charged with espionage.

Biden recently claimed that the classified documents in question had been housed within the Penn Biden Center after he’d served as vice president for former President Barack Obama and briefly worked as a Penn professor, according to remarks made on Jan. 10.

The UFWD is a “Chinese intelligence service” whose “primary missions” include “liaison with foreign political parties,” “influence operations” and “intelligence collection,” the U.S.-China Economic Security and Review Commission has stated.

The White House, Penn, The China Project, CSIS, Kuo and Greenberg didn’t respond immediately to the DCNF’s request for comment. 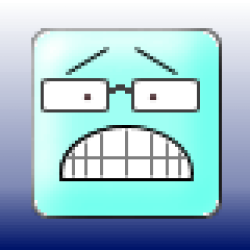