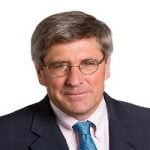 I grew up in a household with parents who were of the Greatest Generation. They lived and shouldered through the Great Depression, and then their lives and families were thrown into turmoil on Dec. 7, 1941. My grandfather worked for the War Department in Washington, D.C., and during World War II, my father served in the Pacific Theater.

Both my mother and father made a solemn vow that as long as they lived, they would never buy a German or a Japanese car. No matter how well they were made. They were the enemies. They were the ones who killed nearly half a million Americans. Period.

And that value system was transported to me. In honor of my parents’ values, I couldn’t in good conscience buy a Japanese or German car.

I’ve been thinking that after all these years, I may have to change my mind. The American auto companies, which are so often bailed out by U.S. taxpayers, have made a pronouncement that they intend, in the next few years, to stop making and assembling gas-engine cars. You know, the kind of cars that Henry Ford started rolling off the assembly line 100 years ago at the Ford Motor Company in Detroit.

Henceforth, virtually all American-made cars will be electric vehicles. Perhaps the corporate brass in Michigan’s auto executive offices thinks this makes them good global citizens. They are all in on the fight against global warming. They may be making a political bet that the federal government and more states are going to go the way of California and eventually mandate that every car produced must be battery-operated. But there is also a good deal of virtue-signaling going on here by the folks at Ford and General Motors.

It’s a free country, and if they want to start rolling millions of EVs off the assembly lines, so be it.

But it’s one thing to make cars that appeal to members of the Sierra Club and quite another to produce automobiles that the typical buyer wants. And guess what? So far, most people have turned a decisive thumbs-down on EVs. (Incidentally, I’m personally agnostic on electric vehicles. I’ve driven Teslas, and they are wonderful smooth-driving vehicles. But they have problems, too, such as getting stranded with no juice in the middle of nowhere.)

So far, only about 6% of new cars sold are electric vehicles. And polls show that only about half of Americans prefer an EV over a traditional car. Much larger majorities oppose the government telling us what kind of car we can buy.

Incidentally, the one state that far outpaces the rest of the country in EV sales (with about 1 in 5 new car sales being battery-operated) is California. But, hey, Detroit: Sorry, California isn’t the country.

All of this is to say that there’s a decent chance the American auto companies’ shift to all EVs is going to fail. This could even be the most epic failure for American car companies since Ford introduced the Edsel. (For youngsters, that was the 1950s ugly car that nobody wanted to buy.)

Meanwhile, and this is the especially sad part of the story, at least one company realizes the tomfoolery of making only electric cars. And that company is the Japanese automaker Toyota. Akio Toyoda, the president and grandson of the founder of the giant Japanese car company, is going to buck the trend.

“People involved in the auto industry are largely a silent majority,” Toyoda recently told news reporters. “That silent majority is wondering whether EVs are really OK to have as a single option. But they think it’s the trend, so they can’t speak out loudly.”

Toyoda wasn’t done. “I believe we need to be realistic about when society will be able to fully adopt Battery Electric Vehicles,” he explained. “And frankly, BEVs are not the only way to achieve the world’s carbon neutrality goals.”

Toyoda is right on all counts. There’s scant evidence that EVs will reduce pollution levels more than traditional cars — in part because most of the energy for the batteries comes from burning fossil fuels. And because the batteries themselves create waste issues.

How can it be that a Japanese CEO is more plugged in to the tastes, preferences and buying habits of American car buyers than those based here at home? (Yes, I know Toyota has many plants in the United States.)

You would think that U.S. automakers would understand a basic red, white and blue reality, which is that Americans have a special and long-standing love affair with their cars. They aren’t going to trade in their Mustangs, Camaros, Cadillacs and trucks for an EV. For many of us, this would be akin to taking away our firstborn.

What’s sadder still is that the Japanese seem to understand American car buyers better than the execs in Detroit. Honda and Toyota were the first to recognize that people wanted more fuel-efficient cars when gas prices more than tripled in the 1970s.

All of this means that if GM, Ford and Chrysler speed forward with their commitment to convert to 100% EVs, I’m going to have to break my long-standing pledge to my parents to “buy American” and never purchase a Japanese car. The American companies will have given me no choice. Sorry, this is 2023, not 1923, when Henry Ford said you could have a Model T in any color you wanted, as long as it was black.

Incidentally, as this “woke” green energy fad fades into the sunset, as it almost assuredly will, and the American auto companies see their sales crash, they’d better not come begging for yet another taxpayer bailout.

Stephen Moore is a senior fellow at the Heritage Foundation and an economist with FreedomWorks. His latest book is “Govzilla: How the Relentless Growth of Government is Devouring our Economy.”