It has been eight months since the unprecedented leak of the Supreme Court’s decision to overturn Roe v. Wade, but the public still has not learned who was behind it.

The May 2 leak triggered a wave of protests, many of which occurred in front of the private homes of Supreme Court justices, and one man was charged for the attempted murder of Justice Brett Kavanaugh between the leak and the final decision, according to The Washington Post. Chief Justice John Roberts ordered the Supreme Court marshal, who is the head security officer for the court, to open an investigation the day after the leak, but there have been no updates on the investigation since then.

“Federal judges’ safety is a particularly important concern given our polarized political environment. One of the biggest drivers of threats against Supreme Court justices is the leak of the Dobbs draft,” Ilya Shapiro, director of Constitutional Studies at the Manhattan Institute, told the Daily Caller News Foundation. “It’s long past time for Chief Justice Roberts to reveal the results of the Marshall’s investigation into the leak — and for the legal community to punish the leaker whatever his/her ideological motivation.”

The Supreme Court did not respond to the Daily Caller News Foundation’s request for comment.

Protesters routinely demonstrated outside the homes of Justices Samuel Alito, Amy Coney Barrett, Roberts and Kavanaugh in the wake of the leak, and protesters maintained their presence outside Kavanaugh’s home the night after the murder attempt. Legal experts said the protesters likely violated the law by picketing the homes of federal judges in an attempt to influence their ruling.

“Today the public knows nothing more about the leak than the day after it happened,” Judicial Crisis Network President Carrie Severino told the DCNF. “Given the unprecedented nature of the leak and its implications for the justices’ lives and safety, it’s surprising that the Chief Justice has not yet given any updates on the status of the investigation.”

It’s impossible to know precisely which laws were broken while the details of the leak remain unknown, but legal experts have suggested the leaker could potentially be charged with theft of government property or converting government records for one’s personal use, with the latter carrying a punishment of up to 10 years in prison.

While Roberts pledged in May that the leak would not impact the court’s operations, he discussed the intimidation of judges in his end of year report.

“The law requires every judge to swear an oath to perform his or her work without fear or favor, but we must support judges by ensuring their safety,” he wrote. “A judicial system cannot and should not live in fear.” 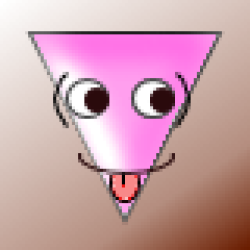