A judge sentenced former Theranos president and COO Ramesh Balwani to nearly 13 years in prison Wednesday for fraud offenses related to the company, according to BBC News, a sentence longer than its founder and former CEO Elizabeth Holmes recently received.

Balwani, who had a romantic relationship with Holmes, was convicted over the summer of 12 counts of wire fraud and conspiracy to commit wire fraud after misleading investors about Theranos’ financial state, NBC News reported. Holmes was sentenced to 11 years and three months imprisonment on Nov. 18 for four fraud counts, according to The Wall Street Journal.

Holmes founded Theranos in 2003 and claimed the company’s blood testing technology would be able to detect hundreds of diseases from small blood samples and allow for testing outside laboratories. A powerful Theranos investor sued for fraud in 2016 after the company was exposed for using traditional testing equipment to process most of its samples.

Balwani started working at Theranos in 2009 while already dating Holmes in secret, according to NBC News. Prosecutors labelled him an “equal participant” in the company’s false technological claims, while his attorneys contended he lacked ultimate strategic decision-making power there, according to BBC News.

Balwani has denied Holmes’ claims that he engaged in emotional and physical abuse during their romantic relationship, the outlet reported. She brought those allegations forward after they were charged together, and the two underwent separate trials.

The currently pregnant Holmes filed a court motion Monday requesting that she be allowed to avoid prison pending appeal of her convictions, according to Fox Business. Her sentenced prison term had been scheduled to begin in April. 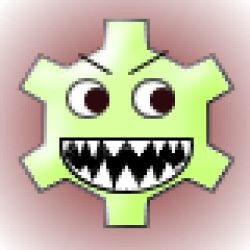