Republican Gov. Kristi Noem of South Dakota issued an executive order banning the use of TikTok on Tuesday, according to a state press release.

The order prohibits any South Dakota state agency or government employee from downloading or using the TikTok application on a state-issued device, as well as from visiting the TikTok website. Additionally, it extends these prohibitions to any contractor and their personnel doing business with the state.

“South Dakota will have no part in the intelligence gathering operations of nations who hate us,” said Noem in the release. “The Chinese Communist Party uses information that it gathers on TikTok to manipulate the American people, and they gather data off the devices that access the platform.”

The order cites TikTok’s Chinese parent company, ByteDance, being subject to the National Security Law of the People’s Republic of China, legislation passed in 2015 that mandates private companies to cede user data to the Chinese government upon request, as the reason for the prohibition. It also notes that bans on TikTok have been issued by all branches of the U.S. military and the Transportation Security Administration, while a general prohibition on TikTok across the federal government has been endorsed by the Federal Communications Commission and “a bipartisan group of U.S. Senators.”

Noem added that “our serious duty to protect the private data of South Dakota citizens” compelled the action, and expressed the “hope other states will follow South Dakota’s lead, and Congress should take broader action, as well.”

TikTok is one of the most prominent social media applications in the world, with over 94 million active users in the United States. Its ownership by ByteDance makes it the foreign-owned application most used by Americans, which has led to criticism from U.S. officials who have called for the app to either be banned or sold to an American owner.

In August of 2020, then-President Donald Trump issued an executive order that would ban TikTok across the United States if it wasn’t sold to a non-Chinese entity. ByteDance, which received several offers of purchase from U.S. companies, filed several lawsuits against the measure in federal courts, with a preliminary injunction being issued in November 2020 by U.S. District Judge Carl Nichols.

Should a South Dakota employee violate Noem’s order, they will commit a second-degree criminal misdemeanor, a conviction for which carries 30 days’ imprisonment and up to $500 in fines, said Ian Fury, chief of communications for Noem, to the Daily Caller News Foundation. The order would not apply to the personal devices of employees and contractors, however, and would not extend to their families.

In November, Republican Sen. Marco Rubio of Florida and Rep. Mike Gallagher of Wisconsin introduced legislation in the Senate and House, respectively, to ban the use of TikTok across the United States.

ByteDance did not respond to a request for comment. 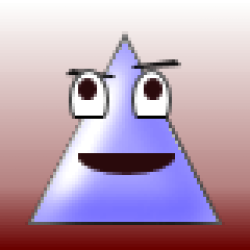