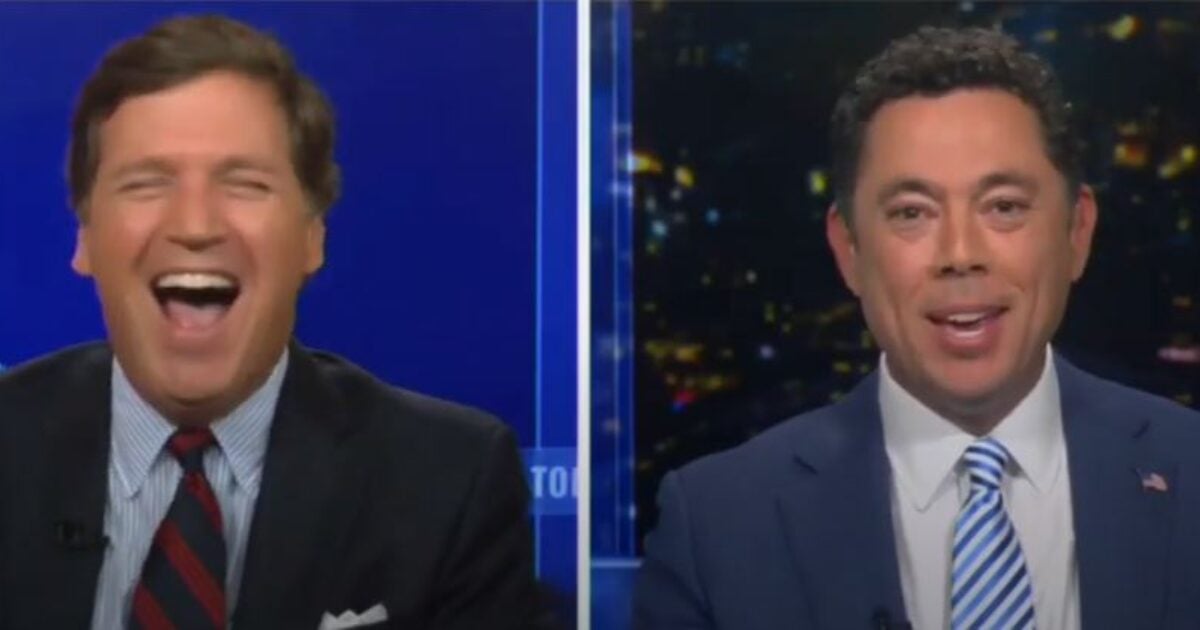 Nancy Pelosi reacted to a string of Supreme Court rulings that landed multiple body blows on the Democrat agenda, the Biden-controlled bureaucracy, and their activist shock troops by taking a trip across the pond where she has been living it up in Italy and pictures of her kicking it seaside at a lavish Mediterranean beach resort are creating quite a buzz on Twitter.

In the shots of Pelosi and hubby Paul, who was recently busted for DUI in California, Madame Speaker is seen as she’s never been seen before, barefoot and showing off her cleavage – plenty of it – as she dipped her toes in the sand and surf while taking in the fresh air at the exclusive Alpemare Beach Club, a swanky getaway in Forte dei Marmi that’s owned by legendary opera singer Andrea Bocelli.

The exclusive pics obtained and published by the New York Post show the Democrat power couple in casual beach attire and enjoying conversation with the award-wining tenor, his wife and others. But it was one picture of the octogenarian Democrat leader that drew the most attention for two obvious reasons – her boobs.

“Alpemare Beach Club has become the new gem of Versilia thanks to the Bocelli Family that completely renovated the old bathing establishment transforming it into a relaxing oasis for its customers,” the club states on its website. “Take a few dips in the clear blue sea and soak up the bright Tuscan sunshine on the VIP Beach, where the Maestro Andrea Bocelli himself could even make an appearance!”

“Reports from insiders said most patrons didn’t recognize Pelosi and kept asking the lifeguards who she was,” according to the New York Post.

The reaction to the less than glamorous images of the most powerful female politician in U.S. history letting it all hang out nearly broke Twitter.

Some people should NEVER wear a bathing suit in public.

She’s about to filibuster right out of that top.

I still can’t get Pelosi’s 80 year old boobs out of my mind! Does she have no shame! Please don’t go to a nude beach in Italy. My mind can’t take it!!

I'm trying to get down my coffee, but I just saw Nancy Pelosi's old saggy boobs hanging out, and I got a bit nauseous.

Impossible to unsee that photo

Pelosi needs to put her boobs away. They won’t help Dems in midterms 🤮🤮🤮🤮🤮🤮

I bet Nancy Pelosi's boobs are filled with White Russians

Nancy Pelosi off in Italy on vacation. Most Americans can’t afford a vacation, they have to deal with the cost of food and gas. But you know Nancy’s Moto, can’t afford food or gas, eat cake and buy an electric vehicle. How’d she get to Italy???

This is what Dem leadership is doing a week after Roe is overturned. https://t.co/uHKsANuplk

Pelosi probably needed to get away to blow off some steam after her unhinged overreaction to the overturn of the landmark abortion rights ruling Roe v. Wade, after which she raged at the Supreme Court as “extremist” in more of her irresponsible rhetoric that has contributed much to the poisonous political atmosphere in America today.

On her Italian vacation, the rabidly pro-abortion “devout Catholic” Pelosi received communion at St. Peter’s Basilica in the Vatican after being warmly received by Pope Francis despite her stance on denying the right to life to the unborn, a violation of Church doctrine.