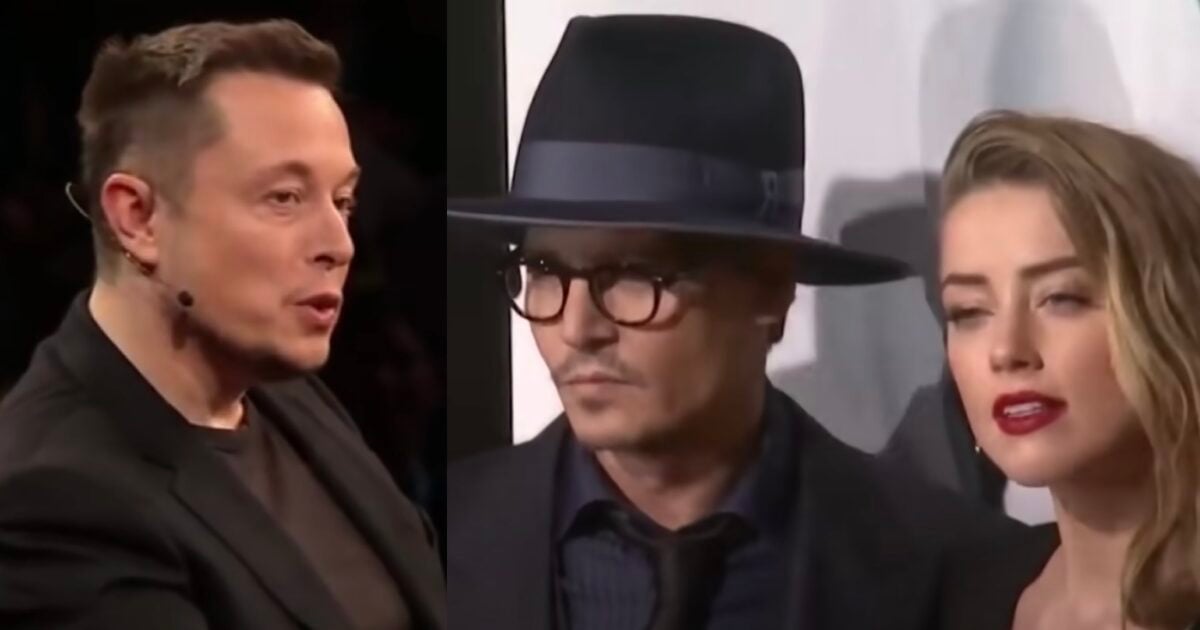 After six weeks in court, the trial of Johnny Depp vs. Amber Heard had closing arguments Friday and is now awaiting the continuation of jury deliberation, but one outspoken billionaire who has remained relatively mum on such an attention grabbing story offered up a different kind of verdict.

Social media interaction pertaining to the defamation trial was said to have been obscenely high throughout the hearings and testimonies, garnering more engagement than the inflationary woes and other crises that have a direct impact on the lives of average Americans. As such, it didn’t go unnoticed that while Elon Musk is working toward completing his purchase of the social media platform Twitter, he hadn’t been participating in the conversation.

Now, after podcaster and MIT research scientist Lex Fridman presented his takeaways, Musk provided his own hope as to what the future might hold for the conflicted actors.

I hope they both move on. At their best, they are each incredible.

Fridman tweeted, “My takeaway from Johnny Depp vs Amber Heard trial: 1. Fame is one hell of a drug (for some). 2. Psychiatrists & lawyers come in drastically varying levels of skill. 3. Lying to millions of people is something humans are capable of. 4. Love can be messy. 5. Mega pint of wine.”

In reply to those points, Musk wrote Friday night, “I hope they both move on. At their best, they are each incredible.”

Musk’s silence up until now may have been necessary as the billionaire had been romantically involved with Heard during her split with then-husband Depp who alleged the pair had dated during the marriage as well. Communications between the entrepreneur and actress that related to the actor had been subpoenaed as part of the defamation trial.

Depp filed suit against Heard for $50 million for damages incurred from a 2018 op-ed in The Washington Post that alleged he had abused her. As such, Heard countersued Depp for $100 million.

Prior to the release of the op-ed, Heard had committed $3.5 million of her divorce settlement with Depp to the American Civil Liberties Union (ACLU). The organization later went on to testify that, after Heard had been negligent in turning over the sum, Musk had donated $500,000 of the total and communicated with the executive director Anthony Romero, later reportedly writing to Heard, “Amber, I described your plan to donate $3.5 million to the ACLU over the next 10 years as you very much believe what you were doing.”

The ACLU also admitted that they were responsible for the op-ed and that the timing of its publication was meant to coincide with the release of the film “Aquaman” which Heard had a major role in.

After Musk’s communications had been subpoenaed, his attorney Alex Spiro told Fox News Digital that the billionaire would not testify in the trial. As would be expected from the ever-trending nature of the court case, social media users had a lot to say about Musk’s well wishes.

Where were you when you were needed Elon?? You watched a man being falsely accused and didn’t have the balls to step in, that strips of any rights to call JD incredible.

You were directly involved. It says a lot that you dodged a subpoena and are calling both of them incredible. Must have found out the truth after she lied to you too or you wouldn’t call Johnny Depp incredible as well, if you really did believe her. pic.twitter.com/L8vaVNNsM7

Elon is right. They’re both good people but at this point they simply just hate one another. When u hate each other that’s a strong indicator for divorce

This is the type of attitude people are afraid of showing. I applaud this and I’m sure I’ll get some hate for what I said. Won’t be the first and won’t be the last. In the times we’re in, people want to hate more than they want good for others.