After attempting to firebomb an NYPD van in the Brooklyn Black Lives Matter riots of 2020, two woke lawyers have reached a plea agreement that will dramatically reduce the amount of time they spend behind bars, sparking outrage from the New York City Police Benevolent Association.

Once facing potential life sentences for tossing a Molotov cocktail into an empty NYPD van as Brooklyn burned in response to the notorious death of George Floyd at the hands of white police officer Derek Chauvin, Colinford Mattis, a 35-year-old Princeton University graduate, and Fordham University of Law graduate Urooj Rahman, 33, are now looking at just two years in jail, Fox News reports.

A letter filed Tuesday from prosecutors for the U.S. Attorney’s Office for the Eastern District of New York announced that Mattis and Rahman have agreed to a guilty plea of conspiracy to commit arson, stripping away the terrorism enhancement to a 10-year sentence the government was previously seeking in 2021.

Originally, the indictment of the former lawyers included a count with a mandatory 40-year minimum sentence, and Mattis and Rahman have already pled guilty to one count each of possessing and making a destructive device.

While the duo could still receive a maximum sentence of five years behind bars, prosecutors have reportedly recommended reduced 18-24-month sentences.

“There is absolutely no justification for lowballing the sentence for an anti-police terrorist attack,” said NYC PBA President Patrick J. Lynch in a statement.

Though the pair were originally held behind bars, they have spent the better part of the years following their May 30, 2020 arrest in home confinement.

“It’s bad enough that these dangerous criminals have been allowed to sit at home for the past two years,” Lynch said. “Handing them a below-guidelines sentence would give a green light to other anti-police radicals who seek to advance their cause through violence.”

“The judge must reject this request,” the union head stated.

On May 18, U.S. District Judge Brian Cogan was set to hear a debate over the terrorism enhancement. The Tuesday filing has asked him to convert that hearing into one that will address the change of plea — an indication, according to Law.com, that the prosecutors are planning to change the original indictment.

And, according to Fox News, Law.com feels the opportunity to lighten the activists’ sentences is directly tied to the policies of President Biden’s administration.

“Law.com noted that because Rahman and Mattis were arrested when Donald Trump was still president and pleaded guilty days after U.S. Attorney Breon Peace was sworn in, their supporters had hoped President Biden’s appointee might have his Brooklyn federal prosecutors take a new look at the case,” Fox reports.

“This is where we are,” wrote one user on Twitter. “We should be ashamed.”

This is where we are. We should be ashamed.
https://t.co/YHtB4aPjtx 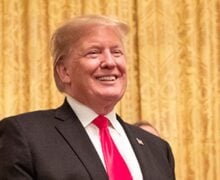