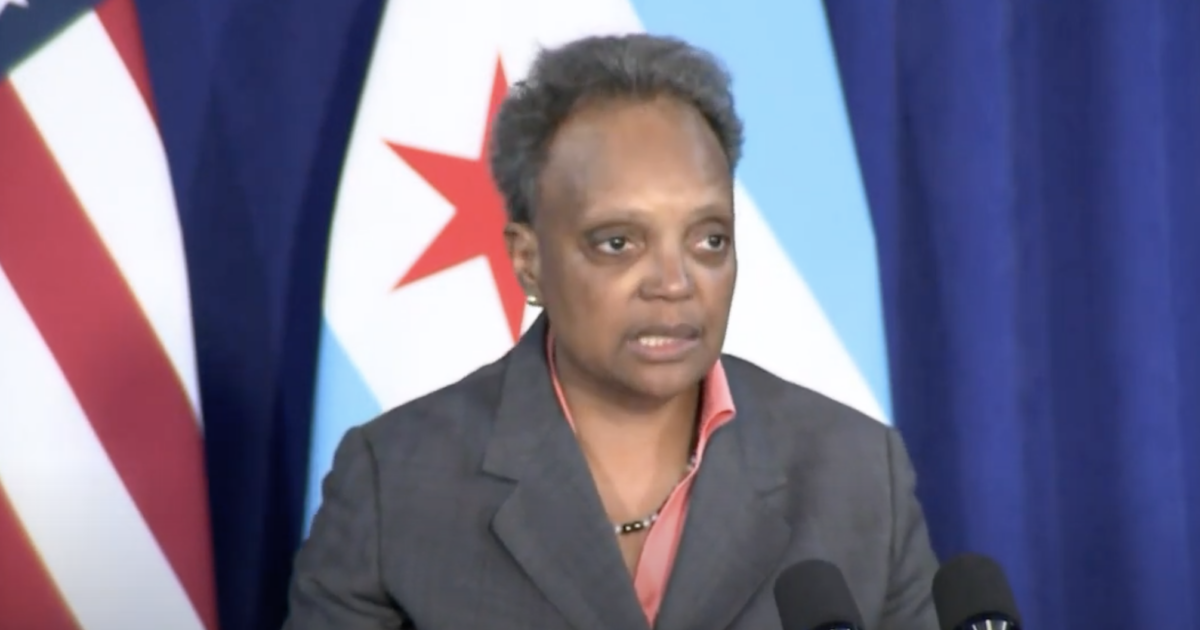 Chicago’s Democratic Mayor Lori Lightfoot wants the Windy City to have a new sobriquet. If she gets her way—and she probably will—it will also be known as the Midwest’s “abortion oasis” in the likely event that Roe v. Wade is overturned by the U.S. Supreme Court.

This grim announcement came on Monday, when Lightfoot unveiled the “Justice For All Pledge,” according to Fox News, an initiative that directs $500,000 toward transportation, lodging, and other expenses for women coming to Chicago from out of state to have abortions. Lightfoot also declared that Chicago would be an “island of reproductive freedom,” a kind of “safe haven” in the Midwest amidst a hostile sea of deep red Republican states.

Lightfoot also vowed that Chicago would remain a steadfast redoubt against the revocation of a whole host of “rights” that Democrats now claim are under assault by Republicans.

“This includes women’s rights,” she said in her speech, “trans rights, immigrant rights, and of course, the right to same-sex and interracial marriage. We simply cannot stand idly by and let that happen.”

Lightfoot’s hyperventilating comes in the wake of the unlawful leak of a Supreme Court draft opinion which suggests the court is about to overturn the nearly fifty-year precedent that legalized abortion across the country, and led to such awful divisions and fault-lines in the body politic. The scrapping of Roe could activate more than a few “trigger laws” in certain states, in which abortion could be banned altogether.

During an appearance on MSNBC, Lightfoot explained her plan.

“Fundamentally, it reaffirms Chicago as a welcoming city, a city that doesn’t discriminate and a city that’s going to stand with women,” she said.

“If you look around Chicago, we’ve got a number of states that have the so-called trigger laws that would ban abortion upon the reverse of Roe,” Lightfoot continued. “So we’ve seen a substantial increase already,” referring to growing calls to local abortion helplines after the passage of anti-abortion laws in various nearby states.

“And we’re expecting, frankly, an explosion of new cases from women in Wisconsin, Missouri, potentially Michigan, Indiana. I think the list is long. And Chicago is going to be an oasis in the Midwest, and we’ve got to be ready,” she added.

“What did she mean by this?” tweeted Benny Johnson, host of The Benny Johnson Show, with a screenshot of some of Lightfoot’s more “colorful” tweets.

What did she mean by this? pic.twitter.com/frmEHSAa2A

“To my friends in the LGBTQ+ community—the Supreme Court is coming for us next. This moment has to be a call to arms,” Lightfoot wrote. “We will not surrender our rights without a fight—a fight to victory!”

Did she just openly call for violence by saying “call to arms”?

Sounds like call to violence against a branch of the government

There was someone that said much less than this and was impeached.

And yet, when asked about the recent arson attack on Wisconsin Family Action, a pro-life group in a nearby state, Lightfoot quickly disavowed violence: “We can never, ever sanction any kind of violence…regardless of what the motivation is.”

“Our democracy is imperiled when people believe,” she added, “for whatever reason, that they have the right to take up arms or violence against people with whom they disagree…What we can do is rally and organize and use the tools of our democracy to make sure that we’re safeguarding the rights of all of us. That’s why this Justice For All Pledge is so critically important for us as a city.”