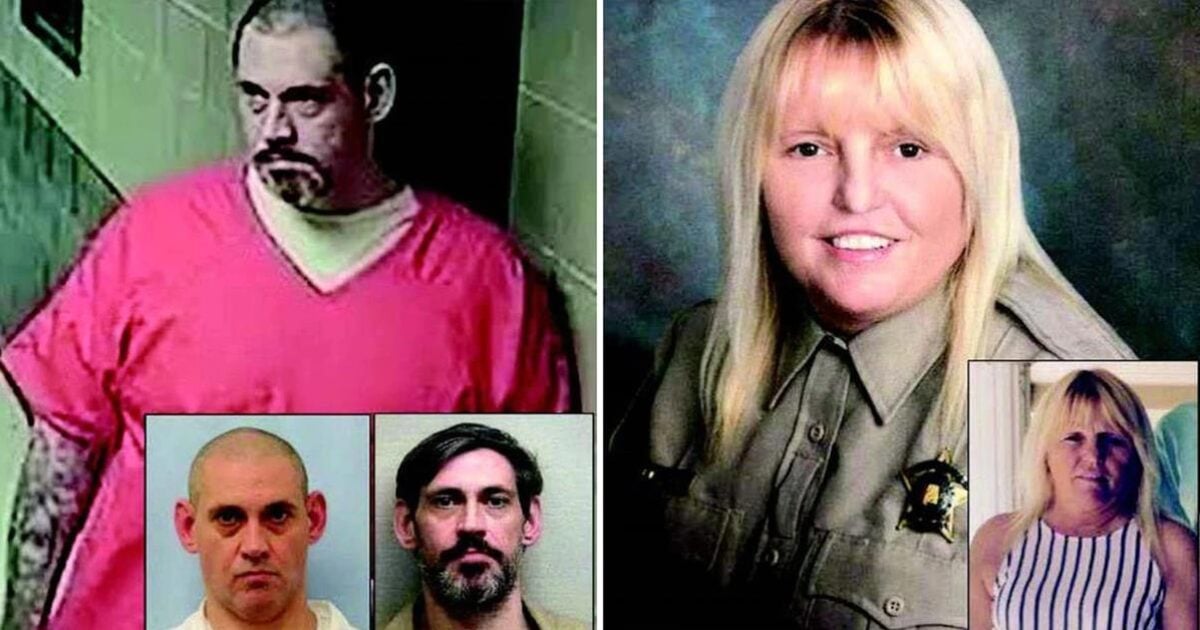 If you recently spotted a disturbingly ugly and tall woman in a wheelchair being wheeled around by an elderly woman, you probably spotted accused Alabama murderer Casey Cole White and Lauderdale County Sheriff’s Deputy Vicki White, the woman who helped him escape last week from the Lauderdale County Detention Center.

According to reports, the pair may be trying to draw attention away from Cole White’s noticeable 6’9 frame by stuffing him in a wheelchair and adorning him in women’s clothing. It’s 2022, after all, so a transgender woman in a wheelchair really wouldn’t come as that much of a surprise to most people, would it?

Fox News notes that prior to White helping Cole White escape, she was seen “visiting an adult store” and spotted “inside a department store buying men’s clothing.”

However, regardless of what the pair are wearing, they aren’t to be taken lightly, according to Fox News Nation host Nancy Grace. Speaking on Fox News’ “Fox & Friends Weekend” this Saturday, she outright accused Cole White of being a murderer.

“Before we get carried away with the discussion of what he may or may not be wearing, let me remind everybody that he shot at his girlfriend, he held her roommates at gunpoint, shot her dog dead. Not only that. His other girlfriend died of a self-inflicted gunshot wound with a sawed-off shotgun, which is very difficult to manipulate via suicide and shoot yourself in the chest. And he was in the home at the time. That is now under review,” she said.

“And we’ve got the death of another woman, Connie Jane Ridgeway, that he admitted he murdered. So while it is laughable to think of this guy, as big as he is, about 6’7 to 6’9, in a wheelchair dressed as a little old lady being pushed around by his lover wearing a gray wig, remember he is a killer, and when he gets tired of dragging her around, he’ll kill her too.”

Connie Ridgeway is the woman investigators say Casey White confessed to killing in 2015.
Connie’s son told @MarniHughesTV he believes Casey White is capable of anything. pic.twitter.com/EScqoS2Aj6

While it’s true Cole White technically confessed to Ridgeway’s Oct. 23rd, 2015 murder, questions have been raised about the confession’s legitimacy or lack thereof.

“Ridgeway, 59, was found dead in her home at the Meadowland Apartments on Prince Drive in Rogersville, located across the street from Lauderdale County High School’s football field. Rogersville police were called to Ridgeway’s apartment around 6 p.m. that Friday by a neighbor requesting a welfare check. She was found slain in her living room,” as reported by AL.com.

But not until 2020 was Cole White charged. While he was serving a 75-year-sentence at the Donaldson Correctional Facility in Jefferson County for a crime spree he’d committed the same year as Ridgeway’s murder, he asked to speak to investigators so that he could confess to the killing. Thanks to his confession, he was charged and subsequently transferred to Lauderdale County for his trial.

Some worry this it’s no coincidence that he wound up being transferred to the same county where Vicki White worked.

“Vicky White maintained contact by phone with Casey White while he was incarcerated at Donaldson. Could Casey White have made a false confession, using information supplied by Vicky White, in order to be sent back to Lauderdale County?” a recent AL.com report asks.

Could Casey White have made a false confession, using information supplied by Vicky White, in order to be sent back to Lauderdale County? The DA waved away the suggestion, saying there are no plans to re-examine the case.https://t.co/DJqY0tYn3H

“Our case against him is not based solely on his statement,” he reportedly said last week.

And indeed, Ridgeway’s son now fears for his life.

“Ridgeway’s son, Austin Williams, [said] that he was ‘shocked’ and concerned to learn of Casey White’s escape when he was contacted by authorities late last week. … Citing Casey White’s ‘violent history,’ Austin, who lives in Tennessee, said he is in fear for his own safety as well as the safety of the general public while the suspected killer remains at large,” according to The Sun.

“It’s really hard to describe how I feel. I really didn’t know how to react when they told me I was just so shocked. It’s hard to comprehend that something like this is even possible. It completely blows my mind. He’s a very dangerous person and anyone who gets into contact with them needs to call 911 right away,” he said in his own words.

“He’s so dangerous. This is a six-foot-nine, 250-pound man who broke into a woman’s apartment and stabbed her to death. That is a very dangerous guy and that means anyone who crosses his path is in a huge amount of danger. I no doubt fear for their safety. He’s a very violent person and there’s no limit to what he might do.”