Jankowicz lives in Loudoun County, Virginia, which is ground zero for the controversy concerning Critical Race Theory. Many parents assailed school board meetings there protesting what they perceived as a racist, leftist ideology that was being forced on their children. The concern over CRT spread across the country and parents began taking a stand against school boards over the issue.

Jankowicz made the comments during a speech given at the City Club of Cleveland in Ohio. The presentation was entitled, “Disinformation and Democracy: Civic Discourse in the Digital Age.”

She quotes Kimberle Crenshaw in her book, so I guess we shouldn’t be surprised that Nina Jankowicz is propagating Marxist propaganda talking points about Critical Race Theory.

The Department of Homeland Security hired Jankowicz on April 27 to combat so-called “disinformation” on a myriad of topics and to allegedly assist in policing online social media platforms. The reason for the position was ostensibly to address “misinformation” in minority communities before the upcoming elections.

Many conservatives view the position on the new board as akin to an Orwellian “Ministry of Truth.” She has been excoriated for promoting the suppression of accurate news events such as the New York Post’s reporting on Hunter Biden’s laptop-from-hell. She has also pushed the Russian collusion hoax against former President Donald Trump.

Homeland Security Secretary Alejandro Mayorkas tapped Jankowicz for the dubious position. He was asked during testimony on Wednesday about her past efforts to suppress information. He claimed he was not aware of them.

“When the department picked her, did it know that she had said that Mr. Hunter Biden’s laptop is Russian disinformation?” Sen. John Kennedy (R-La.) asked Mayorkas.

“I was not aware of that, but we do not discuss the internal hiring process. Ultimately, as the secretary I am responsible for the decisions of the Department of Homeland Security,” he answered.

“When the department picked Ms. Jankowicz, did it know that she had vouched for the veracity of the Steele dossier?” Kennedy proceeded to ask him.

“Senator, let me repeat myself and add an additional fact,” Mayorkas answered. “One, we do not discuss internal hiring processes. Two, I was not aware of that fact. Three, as the secretary of homeland security I am responsible for the decisions of the department, and it is my understanding that Ms. Jankowicz is a subject-matter expert in the field in which she will be working on behalf of the department.”

Mayorkas has been called upon by a number of Republicans to dissolve the board.

Sen. Marsha Blackburn (R-Tenn.) sent a letter to him on Tuesday, according to Fox News, that demanded answers concerning how much authority the board has been given. She then argued that the board threatens Americans’ First Amendment rights and that partisan control over it will chill conservative speech. 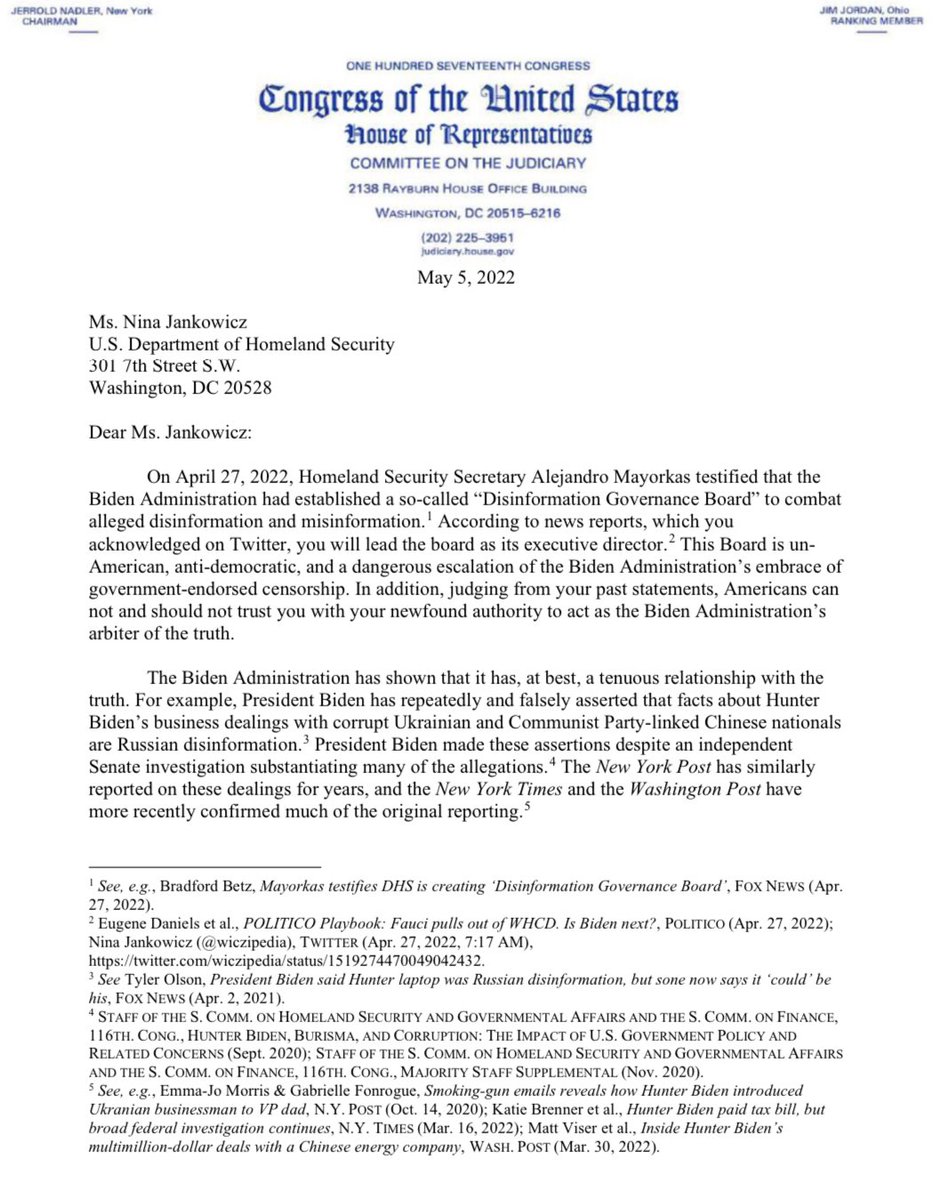 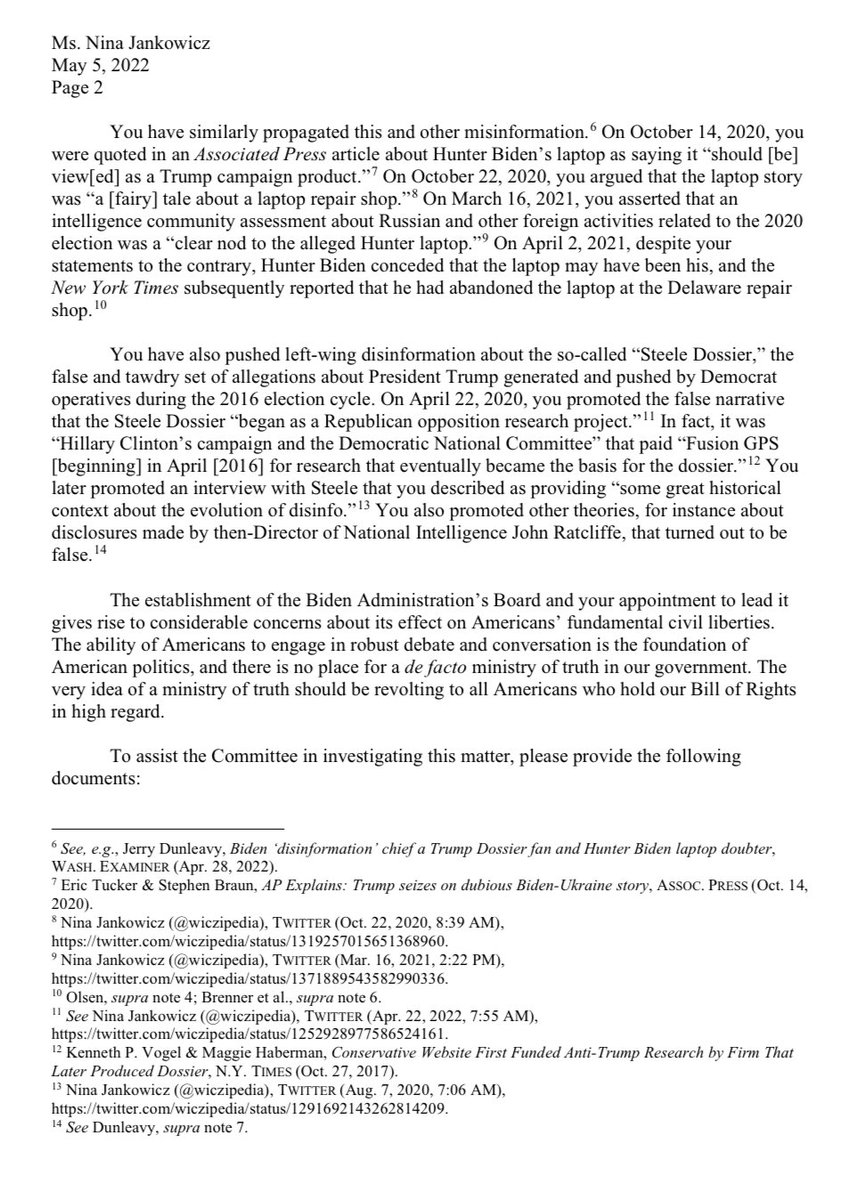 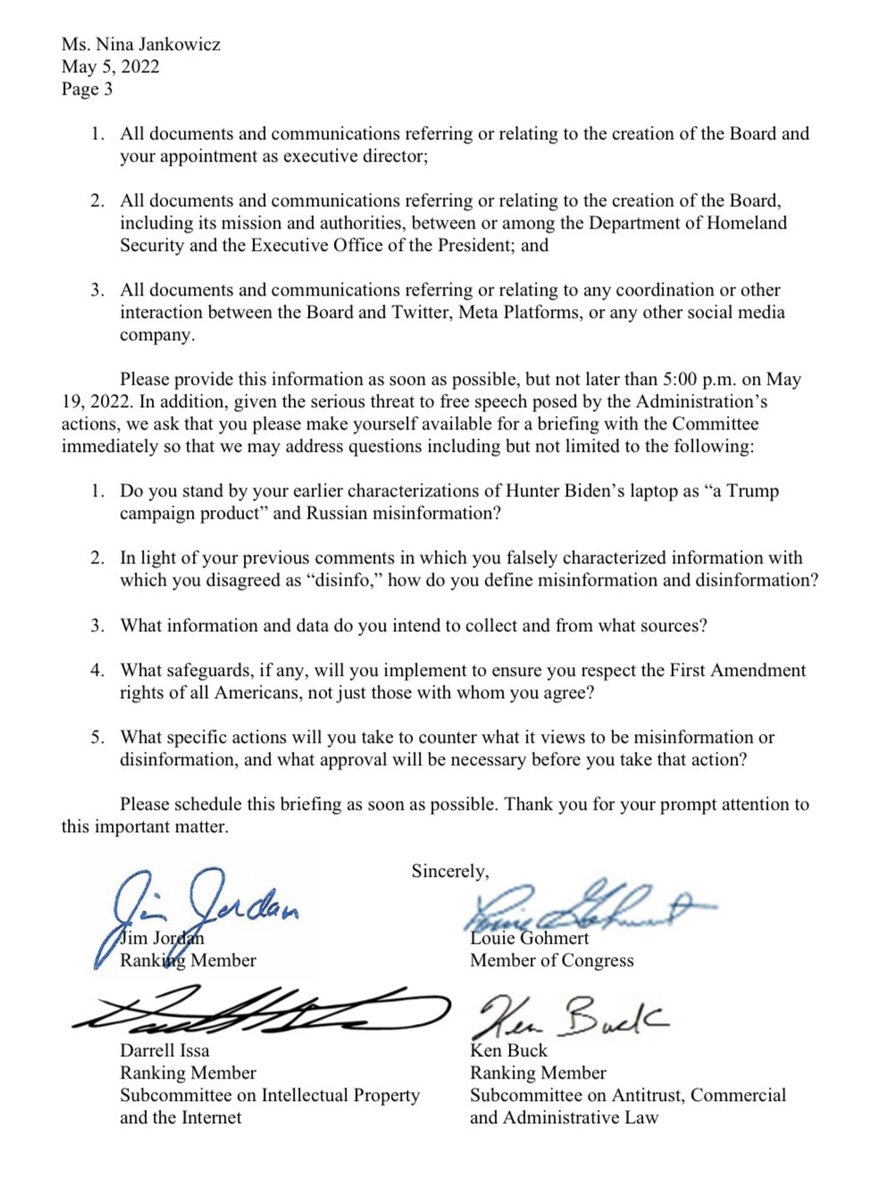 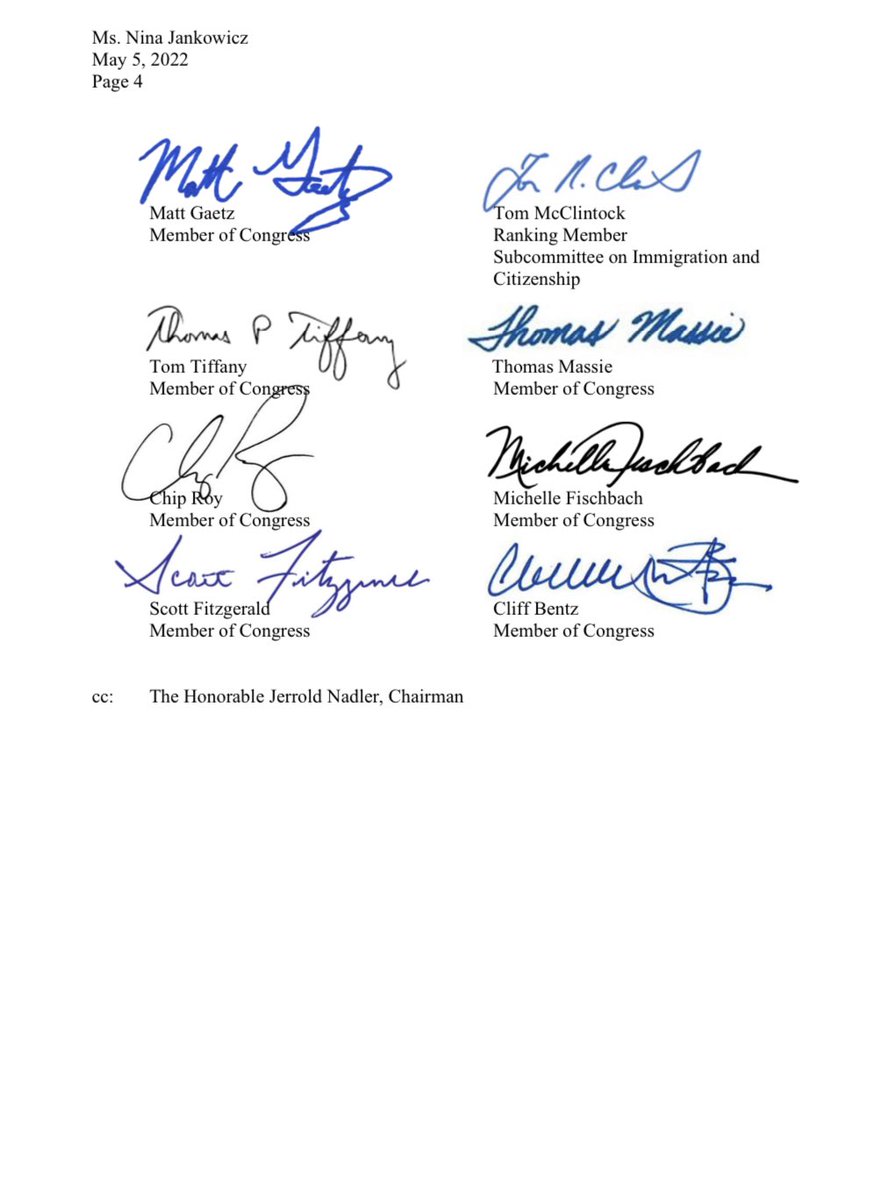 Christopher Rufo, who is a writer at City Journal, expressed sentiments on Twitter that many conservatives share, “The Ministress of Truth has determined that conservatives reporting on critical race theory are ‘disinformers who are engaged in disinformation for profit.’ We will never be silenced—and certainly not by this show-tune tyrant.”

Jankowicz is a classic of the genre: the series of high-prestige positions producing nothing of value, the alternating posture of girlboss clichés and pseudo-victimhood, the amazing combination of elitism and idiocy that are required to believe the government can manage "truth."

This is, to be honest, an incredible boon for conservatives. The "disinformation board" is a fake-jobs program that won't accomplish anything substantive, but it gives us the moral high ground and a big, beautiful, easy target to paint them (accurately) as information tyrants.

Even if it were true I would say that was a page right out of the Democrats play book. However that turned out to be one big lie. It was not the GOP that lead these revolt against CRT. It was the parents, many of which voted for Biden.

Democrat presidents just keep expanding government, adding new agencies – appointing “Czars” with no approval by Congress -how can the GOP allow this crap

“Senator, let me repeat myself and add an additional fact,” Mayorkas answered. “One, we do not discuss internal hiring processes. Two, I was not aware of that fact.

Senator Kennedy, IS “The Man ! Mayorkas, is a Democrat SHRILL, a Mouth Piece of the Anti America Democrat Party. The only time, Mayorkas said anything, considered a “Lie”, was when his LIPS were moving.

So, what Mayorkas is saying : I am full of crap, I am lying, I hate America and FREE SPEECH.I will “skirt” the questions and BS you to death. I am a Democrat, so I am obligated to LIE and misinform.

And it helps, a small amount, to drive the country into bankruptcy, so that she and all government employees will be without a pay check. That’s going to be some footnote for the Biden presidency, he’ll forever be remembered as the president who destroyed the country.

She’s nuttier than a squirrel turd.

As is he.
P.S. Ever notice that, like Obama, his nose is always in the air?

Here’s what Kurt Schlicter, in his latest column, has to say about her:
“All leftists are insufferable, but this current crop is insufferable in many diverse ways. It’s not just the ones who defile or mutilate themselves to get their parents’ attention. It also includes ones that don’t tatt up, who appear normal until they open up their kale holes. Think Nina Jankowicz. On the surface, she looks like any other childless, middle-aged Chardonnay-guzzler who is pushing 40 but has failed thus far to earn the love of a man. But when she starts talking, yikes. And just look at the antics of that fascist disinformation girl. She sings show tunes. She’s into Harry Potter – non-threatening sensitive and magical boys are sooooo dreamy. She’s also eager to shove you into a train car headed to a gulag, and as it pulls away from the station she’ll be shouting at you ruffians to use your inside voices.

That’s right – the mediocre girl who played the lead in your high school’s production of “Hello, Dolly!” – which you skipped to go pound Buds with your pals like normal people – is the harbinger of tyranny.”

Did he ever nail it!