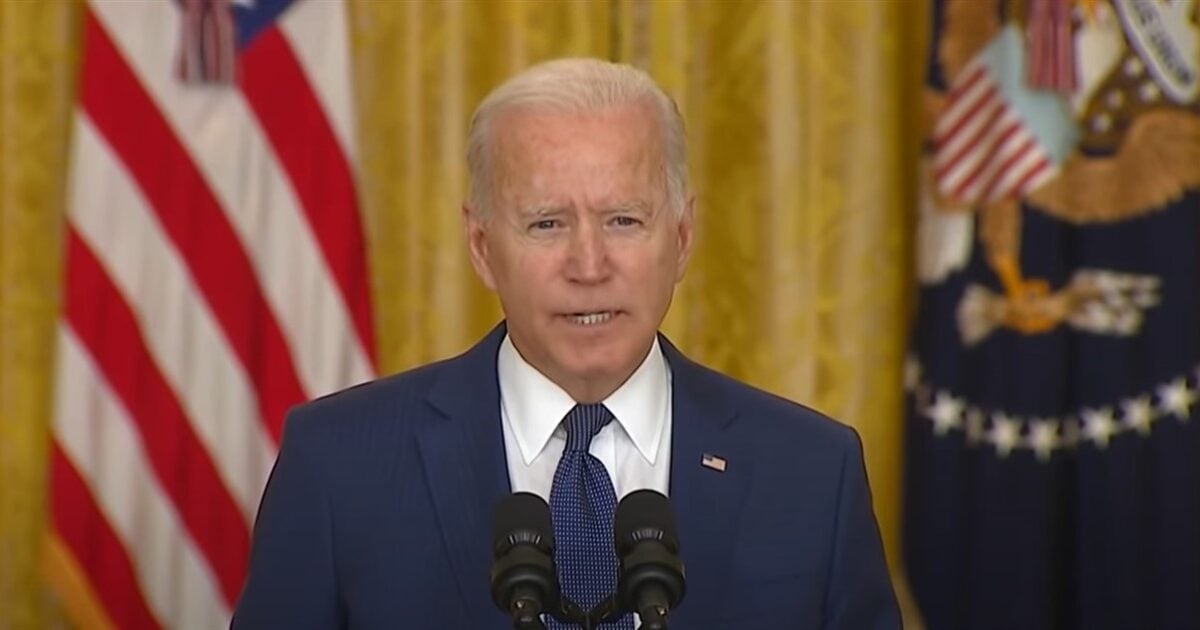 The Biden administration is hellbent on quashing what it describes as “disinformation” in America as last week’s chilling revelation of the existence of a Department of Homeland Security entity with a mission that smacks of government censorship made clear, and the regime could also be expanding its efforts to control speech globally.

In a little-reported detail that didn’t get the attention that it merits, President Joe Biden’s latest request to gift $33 billion in taxpayer money to Ukraine includes nearly $9 billion for a number of leftist ideological priorities including “counter-disinformation” which is now one of the ruling Democratic Party’s top priorities with their political power in jeopardy and desperation growing by the day to stave off an electoral bludgeoning in the midterm elections.

Buried deep within a White House document calling for Speaker Nancy Pelosi to ram through the emergency supplemental assistance to Ukraine is the breakdown of the $8.8 billion to be provided to the U.S. Department of State to dole out in support of priority initiatives.

According to the request which is on page 41 of the pdf posted by the White House.

“This request would provide $8.8 billion to the Department of State for economic support and assistance to the people of Ukraine and other affected countries, including direct budgetary support, as well as support for food security, democracy, anticorruption, cybersecurity, counter-disinformation, human rights, atrocity documentation, energy, and emergency infrastructure needs. Funds would also be used by the Department of State and the U.S. Agency for International Development for diplomatic and development support costs to reestablish the U.S. Embassy Kyiv. In addition, this request would authorize the transfer of these funds to the Assistance for Europe, Eurasia and Central Asia account and several other Department of State accounts to carry out these purposes.”

The possibility of deep losses in November when voters will get their first opportunity to express their disapproval of the deeply unpopular president and his party on a national level, along with billionaire Elon Musk’s purchase of Twitter, taking one of the regime’s top “public-private partnership” censorship options off the board, has pushed the battle against “disinformation” to the forefront.

Former President Barack Obama spearheaded the effort to crack down on internet free speech when he delivered a fascistic address at Stanford University last month during which he called for government action to clamp down on challenges to the official narrative.

Biden is just a front man. Obama, April 21: social media censors “don’t go far enough,” so the government needs to step in to do the job. Six days later, Homeland Security rolls out the 'Ministry of Truth' (aka Disinformation Governance Board). pic.twitter.com/CHOD4mbE0B

Days after Obama’s declaration of war on the First Amendment, the wraps came off of DHS’s Disinformation Governance Board, a dramatic escalation in efforts by the Democrat-controlled government to control the narrative in order to retain their iron-fisted grip on political power.

Not only was it revealed that there now exists an Orwellian body that many have tabbed as a “ministry of truth” but the unapologetically partisan Nina Jankowicz was tapped to be its commissar, a pick that has drawn strong criticism from conservatives who have been on the receiving end of the un-American censorship that has been embraced by Democrats and their partners to ensure their dominance over the system.

The only way that the leftist establishment can retain power is to limit information that is damaging to them and, as Biden’s request shows, the determination to stifle any voices that dissent from the agenda is being undertaken on an international level.

Biden’s supplemental funding bill has yet to be passed by Congress but will likely sail through with ample Republican support due to its stated focus being on providing aid to Ukraine despite the unrelated giveaways that are included.

“We hope to as soon as possible pass that legislation,” Pelosi said at her weekly press conference last week.