The latest attempt from corporate media to try and silence Fox News host Tucker Carlson came from a well-worn page in their short playbook and only further proved the only true concern of the hypocritical woke is that of the dissenting voice.

As part of The New York Times ongoing look at the “challenges to democratic norms in the United States and around the world,” reporter Nick Confessore composed a three part piece on the host of “Tucker Carlson Tonight” entitled “American Nationalist.” In his effort to smear Carlson’s show as what “may be the most racist program in the history of cable news,” Confessore claims his report is by no means an opinion.

“This isn’t an opinion or a take,” he tweeted to promote the series. “It’s a fact – supported by our content analysis of 1,150 episodes of ‘Tucker Carlson Tonight.'”

This isn’t an opinion or a take. It’s a fact — supported by our content analysis of 1,150 episodes of “Tucker Carlson Tonight” by @karenyourish @dawncai624 @larrybuch and their colleagues @nytgraphics. That's Part 3 of our series. https://t.co/sjlXv2kf9k

Confessore purports that Carlson’s success is “also the story of how American conservatism evolved from Reagan to Trump – the triumph of the nativist current on the right, and the shrinking boundary between mainline politics and the cranks and conspiracy theorists of QAnon.”

Ironically, while claiming to present a series of facts, Confessore wrote in part, “Our story is based on interviews.” Those interviews were conducted by supposed current and former employees with Fox and friends and colleagues of the host who all chose to remain anonymous. The reporter suggested that Carlson declined an interview. However, the host had plenty to say on his own program Thursday night before the story ran.

“The New York Times preparing yet another story about how this show is racist because we support national borders. If that sounds like a familiar attack, well, cause it is. This has gotta be the tenth or twenty-seventh or two hundred and seventeenth story just like this The New York Times has run and all of them are pretty much identical,” Carlson explained.

Referring to Confessore as one of many “obedient little establishment defenders who will say anything to please their bosses” before adding “They’re suck-ups, brownnosers, lickspittles, not people you’d want to have dinner with,” he asked why they consistently choose this failed line of attack against him when they could pick any number of “controversial” stances he has taken over the years like “marriage makes you happy” or “feminism is a corporate lie.”

Great, 5,000 words of carefully considered thumbsucking carefully curated for college educated centrists. I’m sure this is going to get lots of attention. (It won’t).

“And the funny thing is,” Carlson went on, “the one thing we do not have exotic opinions on is race. Our view of race is really simple. We believe Martin Luther King. We don’t think your skin color is the most important thing about you. We think all people were created by God and should therefore be judged by what they do, not by how they look. We say that a lot and we mean it. Most Americans strongly agree with that. We, in fact, would assume that most reporters at The New York Times, agree with that. Only Nazis think your race defines you. And we just don’t believe there are a ton of people in this country, even on the left, who actually believe something that evil.”

Of course, while Carlson notes he doesn’t believe there are that many people in this country who believe race defines you, there appear to be a considerable number in left-wing media who promote that idea. Whether is be MSNBC’s Joy Reid who somehow went completely overlooked by Confessore’s crack team of analysts at the Times for her nightly tirades that routinely find race at the root of all motivations, or CNN’s Brian Stelter who was all too happy to share the Times against Carlson.

"A New York Times analysis of 1,150 episodes reveals how Tucker Carlson pushes extremist ideas and conspiracy theories into millions of households." Over time "the show has gotten darker…" https://t.co/bsAR023d8b

Naturally, Stelter doesn’t want to have an actual conversation about this, so he limits who can reply to his posts. This didn’t stop people from commenting though.

Imagine being so universally disliked and wrong on everything, that you can’t even let people comment on your posts. Stelter is an epic failure and 💯 clown. https://t.co/JsQWYBN8kJ

“Tucker Carlson has zapped you out of every ounce of life…” @JacobDelguercio wrote. @dempstermd added, “Hey, how’s y’all’s campaign to get Tucker and Fox kicked off TV going?”

Yet another user made reference to the newly created “Disinformation Governance Board” when he wrote, “I wonder who the Ministry of Truth will target first? Guessing it’s not gonna be Stelter or Ried [sic].”

“So, why do they keep calling us racist? Well, to make us shut-up, obviously,” Carlson concluded much to the same effect. “They tried the same thing with [President Donald] Trump for years. They’re doing it right now to Elon Musk. Of course, if you don’t obey them, they denounce you as a racist. Why do they do this? They do it cause it works. But here’s the thing, it can only work if you play along with it, and we don’t plan to.”

Rating success directly corresponds to reporting the truth. You know, actual journalism. A lesson the failed @NYTimes could learn from. 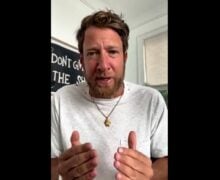