Americans are seeing chaos break out with the Russian invasion of Ukraine and wondering how this will impact them. We love our freedom and want to support allies, yet there is a lingering reluctance to get involved in other nations’ wars. It is important to look at our domestic military contractors to make sure we are not relying on foreign providers of military hardware that might hurt national security at a time when national security has been thrust into the spotlight.

Russia has gone from an annoying competitor to a grave threat in a short period of time. In the wake of the Cold War when the Soviet Union and the United States were locked in a battle for power, there was a relative era of peaceful coexistence. That peace may be in danger if the Ukraine situation spirals into something bigger.

While national security has been shoved front and center, it is time for the Pentagon to reassess providers of military hardware to make sure supply chains are clear and there is no likelihood of problems with the acquisition of military infrastructure for our Air Force, Army, Navy, and Marines.

Two important factors to guarantee contractor reliability are loyalty and competence. Both are equally important. Right now, the France-based European company Airbus is seeking to getland a contract from the Pentagon to provide refueling tankers for the Air Force. Airbus fails both tests of reliability.

Loyalty comes from American companies that have skin in the game with American citizen employees employed by a company based in the United States. Airbus is a well-known company providing aircraft for many countries. In August of last year, Airbus announced an expansion of sales to Russia, and “Airbus and Russia have an extensive, mutually beneficial relationship.” This should impact the loyalty test when choosing a contractor for American military contracts – strike one.

Another failure of the loyalty test is that Airbus has been heavily penalized over its history of receiving illegal subsidies. The U.S. Trade Representative announced in October of 2019, “the United States has won the largest arbitration award in World Trade Organization (WTO)  history in its dispute with the European Union over illegal subsidies to Airbus.  This follows four previous panel and appellate reports from 2011-2018 finding that EU subsidies to Airbus break WTO rules. Today’s decision demonstrates that massive EU corporate welfare has cost American aerospace companies hundreds of billions of dollars in lost revenue over the nearly 15 years of litigation.” This is strike two against Airbus.

Competence comes from a company producing high-quality products with a great reputation for high quality. On that metric for securing a contractor, Airbus fails. Reuters reported on January 21, 2022, that Airbus provided defective aircraft to Qatar with “deterioration to paint and anti-lightning protection on the long-haul jets, which Airbus has acknowledged needs attention while insisting it does not put safety at risk.” Airbus is in a dispute because they don’t feel the need to fix these defective aircraft. If there is a dispute between the Pentagon and the European Union based Airbus, that will cause even more delays and trouble getting the problems remedies.  On the grounds of competence, Airbus earns a strike three.

Now that the idea of military conflict is coming into focus, it is time for the American military to rely on American-made infrastructure where the option exists. To use an American analogy, Airbus just struck out.

While Americans are focused on this fast-moving situation in Ukraine, it is time to batten down the hatches and get American military companies to produce the high-quality aircraft needed for the U.S. military. Relying on a French-based company would not be in America’s national interests. 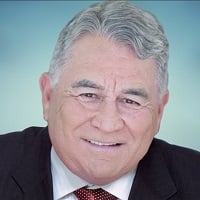