President Eisenhower said, “If a political party does not have its foundation in the determination to advance a cause that is right and that is moral, then it is not a political party: it is merely a conspiracy to seize power.”

To all who called the warnings from conservatives describing the Democrat Party as a group of America hating liberals out to destroy the nation rubbish, I present to you 2021. To be clear, the United States has not been this close to losing the republic to a domestic enemy since Pickets Charge at Gettysburg in 1863.

With a three-member lead in the House, 50/50 tie in the Senate, and the presidency, in 2021 the Democrats presented a series of nefarious pieces of legislation designed to impart upon them dictatorial powers forever.

In a devious scheme to give themselves control of the House of Representatives in perpetuity, in 2021 the Democrat-controlled House passed HR1. This legislation would give them control of all congressional redistricting and require taxpayers to pay for their congressional campaigns.

In a dictatorial move to control the presidency, Democrats included in HR1 provisions that would take the control of presidential and all federal elections away from the states and hand them over to the federal government which is currently in the hands of the Democrat Party.

In total disrespect and disregard for American norms, American traditions, and the will of the American people, the Democrats devised a commission to study how they could pack the Supreme Court with Justices burdened only with rubber stamping their illegal, destructive, and evil activities.  This move would deprive the American people of the most important aspect of legislative freedom and due process: An independent judiciary.

Lastly, in an effort to blow up the Senate and give them total control with only fifty-one votes, the Democrats in the Executive Branch, the House, and the majority of the Senate have demanded that the Senate end the filibuster. Only one known Democrat vote in the Senate has saved this nation from all of the abovementioned legislation and from total oblivion.

Understand what I have laid out for you. This was not a debate over tax policy, treaties, or continuing resolutions. This is a nefarious conspiracy to enslave the American people by garnering absolute, dictatorial, and permanent control of the three branches of government. The Democrats by utilizing HR1 and Build Back Better to control the House, blow up Senate rules, turn the president into a Democrat Party dictator and supplant the independent judiciary, have attempted to inflict a political act of treason upon the heads of the American people. These acts along with a two-hundred twenty-year history filled with acts of treason and lawlessness warrant that the Democrat Party should never exercise power in this nation again.

With the Democrats pridefully exhibiting this type of chicanery and deviousness in the clear light of day, it is understandable, that so many Americans believe that the 2020 election was stolen. Any organization this thirsty for absolute power is incredibly dangerous. Moreover, when this present behavior exhibits an absolute joyous pride in wrongdoing and a callous disregard for the good of the nation, the American people would have to be foolish not to consider them knaves and thieves.

But this isn’t all they’ve accomplished in 2021: They passed the Equality Act, labeling Christianity as discriminatory and revoking the 1993 Religious Freedom Restoration Act. Parts of Build Back Better would essentially legalize all illegal immigrants, grant illegals free community college while prohibiting ICE officers from exporting illegals. In 2021, the Democrats got into the “dope game” when the Biden Administration allowed the selling and consumption of illegal drugs; violating federal law by ignoring the federal “crack house statute” and embracing “harm reduction methods” that allow the operation of supervised injection sites of addictive and illegal drugs in American cities controlled by Democrats.

These are devious and evil plans. Inspired by faceless traitors behind the curtain and in the shadows. Believe me when I tell you no lazy Democrat Congressman like Jim Clyburn or corrupt Democrat Senator like Bernie Sanders sat down and wrote an over two-thousand-page piece of legislation. These pieces of high treason were written by lobbyists representing the rich Hollywood perverts and big tech atheists that fund the Democrat Party. These ingrates hate America and view it only as a tool wielded to create a world in their image. This world would be void of God, family, gender, borders, freedom, and America.

The Democrats are now in panic mode. America got wind of their nefarious plans and has decided to shut them down. From every poll, they have surmised that their adventurous and wanton conspiracy to enslave the American people will lead to a political blood bath in 2022.  They fear and I hope they will never get the chance again.

“We have heard the chimes of midnight Master Shallow…A man can die but once.”  Like Hitler after his failure at Stalingrad; Democrats came close to victory now they are in full retreat with the revenge of wronged populace nipping at their heels. They have no choice now but to see this coup d’état to its end. Expect scorched earth from this retreating and injured mad dog in 2022.

How could we have expected anything different from the Democrat Party? From their support of slavery, the Confederacy, Jim Crow, and now this socialist/atheist power grab they’ve remained true to their history of rape, murder, and treason. They’ve never advocated policies that were good and moral. They’ve been a destructive sinful lot all their existence.

They have always been an organization that has supported the grotesque, the vile, and the deformed. They’ve always harbored absolute contempt for the Constitution and the well-being of the American citizen. This latest coup attempt provides irrefutable evidence that the Democrat Party has never been a political party and remains only a conspiracy to seize power. 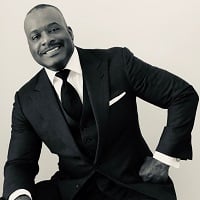