Parents in a Virginia school district have filed suit over materials in the curriculum that they claim are indoctrinating their children with Critical Race Theory (CRT), seeking injunctive relief.

In a complaint filed in Albemarle County Circuit Court on Dec. 22 with the assistance of Alliance Defending Freedom (ADF), a public-interest legal nonprofit, the parents allege that Albemarle County Public Schools are teaching their children “to affirmatively discriminate based on race,” asking the court for an injunction.

The families include both immigrants and natural-born American citizens of varying ethnic and religious backgrounds, according to the complaint.

BREAKING: We just filed suit against Albemarle County Public Schools, challenging its CRT-inspired indoctrination program that teaches kids to view everything and everyone through the lens of race, fostering division.

The plaintiffs claim violations of their First Amendment rights due to the implementation of an anti-racism policy by the Albemarle County School Board in 2019 that purportedly applied CRT tenets, according to an ADF release.

An ADF official told the DCNF that there had been no instances of direct retaliation against the parents, but that others who disagreed with the alleged CRT-infused curriculum had been punished. 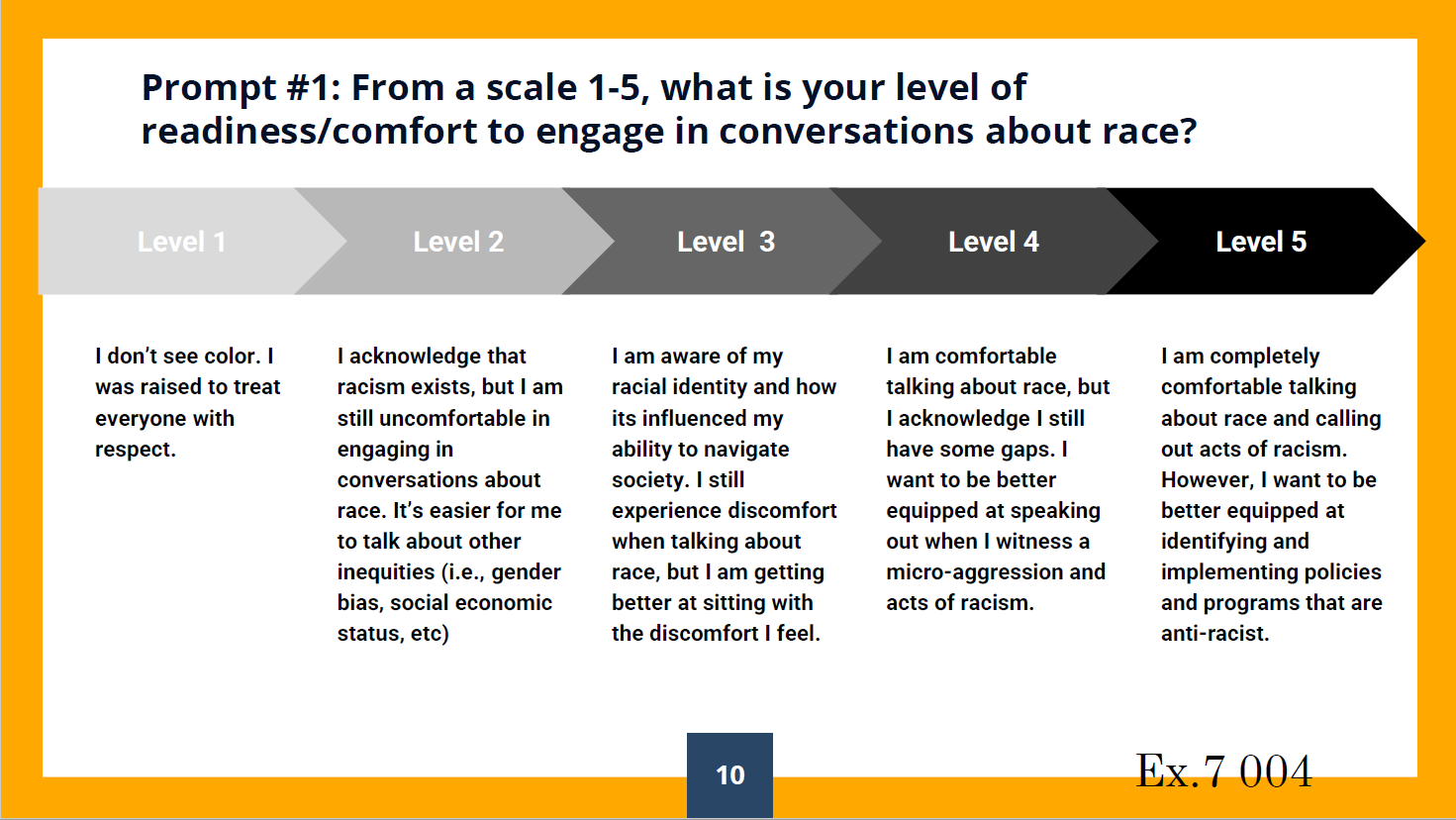 Slide from a training given to teachers in Albemarle County. (Screenshot from ADF)

“The way this lawsuit came to us was through the parents,” Bangert said, adding that the parents “got nowhere” despite raising their concerns with teachers and other officials in the school system.

“Our clients believe that every person is made in the image of God, deserves respect, and therefore, should not be punished or rewarded for something over which they have no control. Public schools have no right to demean students because of their race, ethnicity, or religion,” ADF Senior Counsel Kate Anderson, director of ADF’s Center for Parental Rights said in a statement released Wednesday.

While the parents are seeking an injunction, Bangert told the DCNF that other avenues of relief may be sought.