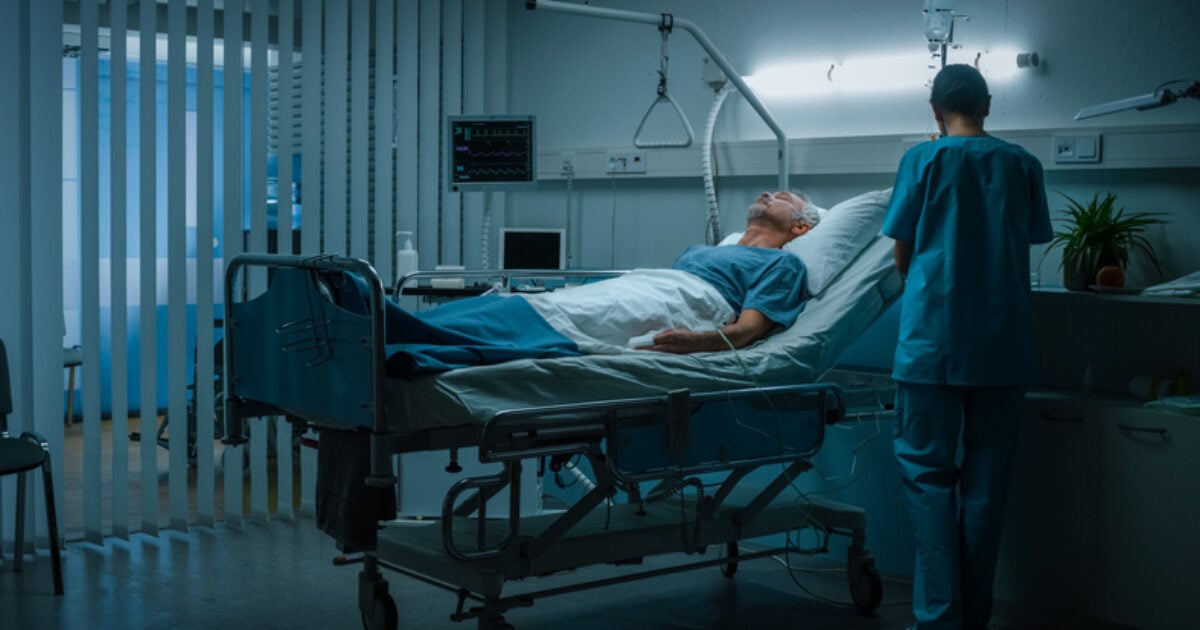 An Illinois family is crediting ivermectin with saving their “desperately ill” and hospitalized father who contracted COVID, reporting that he’s now home, doing well after a judge ordered a Naperville hospital to treat him with the life-saving drug.

Sun Ng, who is 71-yeas-old and came to the United States in October to visit his daughter and celebrate the first birthday of his only granddaughter, contracted COVID within days after arriving. He was put on a ventilator on Oct. 19 at Edward Hospital in Naperville, according to Fox 32 Chicago.

Dr. Man Kwan Ng is his daughter. She became desperate as her father worsened and asked the hospital to try ivermectin. They refused, using various national medical guidelines that suggest the controversial drug is ineffective as an excuse.

DuPage County Circuit Court Judge Paul Fullerton stated, “I can’t think of a more extraordinary situation than when we are talking about a man’s life. I am not forcing this hospital to do anything other than to step aside. I am just asking—or not asking—I am ordering through the Court’s power to allow Dr. Bain to have the emergency privileges and administer this medicine.”

Fullerton went on to cite a government website to prove that ivermectin isn’t a dangerous drug, telling the court, “(N)umber one, generally well tolerated; number two, dizziness; number three, pruritus; number four, nausea/diarrhea. These are the side effects for the dosage that’s being asked to be administered. The risks of these side effects are so minimal that Mr. Ng’s current situation outweighs that risk by one-hundredfold.”

Fullerton ruled in favor of the family request on Nov. 8 and ordered the hospital to allow Dr. Alan Bain to administer the drug. The hospital initially refused, claiming Dr. Bain was not vaccinated.

“Mr. Ng is as good as dead in the picture, which was taken on November 4. And at that point the hospital still wouldn’t give the ivermectin,” asserted family attorney Kirstin Erickson. Sun Ng’s health deteriorated further as the legal battle raged.

An Illinois family whose loved one was "desperately ill" and hospitalized earlier this month with COVID-19 says he's now home and doing well after a judge had to order a Naperville hospital to treat him with Ivermectin.https://t.co/chK3hPgc8M pic.twitter.com/iAzu4ezCpB

The doctor presented a negative COVID test, nullifying the objection from the hospital. He then began giving the father a series of 15 daily shots that began on Nov. 8. Sun Ng showed improvement almost immediately according to the family’s attorney.

“And today he passed a breathing test that he hadn’t been able to pass in the last three weeks. And he looked more alert and aware. So I would say that the first dose of Ivermectin is actually working and is effective,” Erickson declared.

He received ivermectin from Nov. 8 through Nov. 12 and was then released from the hospital on Nov. 27.

Sun Ng is now reportedly at home, having fully recovered.

“My father’s recovery is amazing,” Dr. Man Kwan Ng proclaimed in a statement. “My father is a tough man. He was working so hard to survive, and of course, with God’s holding hands. He weaned off oxygen about three days after moving out of the ICU. He started oral feeding before hospital discharge. He returned home without carrying a bottle of oxygen and a feeding tube installed to his stomach. He can now stand with a walker at the bedside and practice stepping. After being sedated for a month on a ventilator in ICU, his performance is beyond our expectations. Praise the Lord.”

“Our family especially thanks Judge Paul Fullerton. Without him, we couldn’t bring my father home and couldn’t see him smile at us again. We also sincerely thank Dr. Alan Bain for walking along with us and his administration of ivermectin to my father,” Dr. Ng said.

Many were enraged at the hospital for being willing to let the man die:

I just have to think about all of the people who died trying to get this medicine, but were sentenced to die. 😔

I hope they sue that hospital for damages.

Imagine the amount of people who died unnecessarily because of the political stigmas around ivermectin.

Well how about that!

The government limits what doctors and hospital admins are able to do by threatening to cut their funding if they don’t behave as DC sees fit…Whole states have banned Ivermectin due to DC interference.

Had Trump not said anything about Ivermectin…none of these Liberal hacks would give two shits about its off-label use, when treating COVID.

He should sue those doctors for deliberate malpractice
and attempted murder.