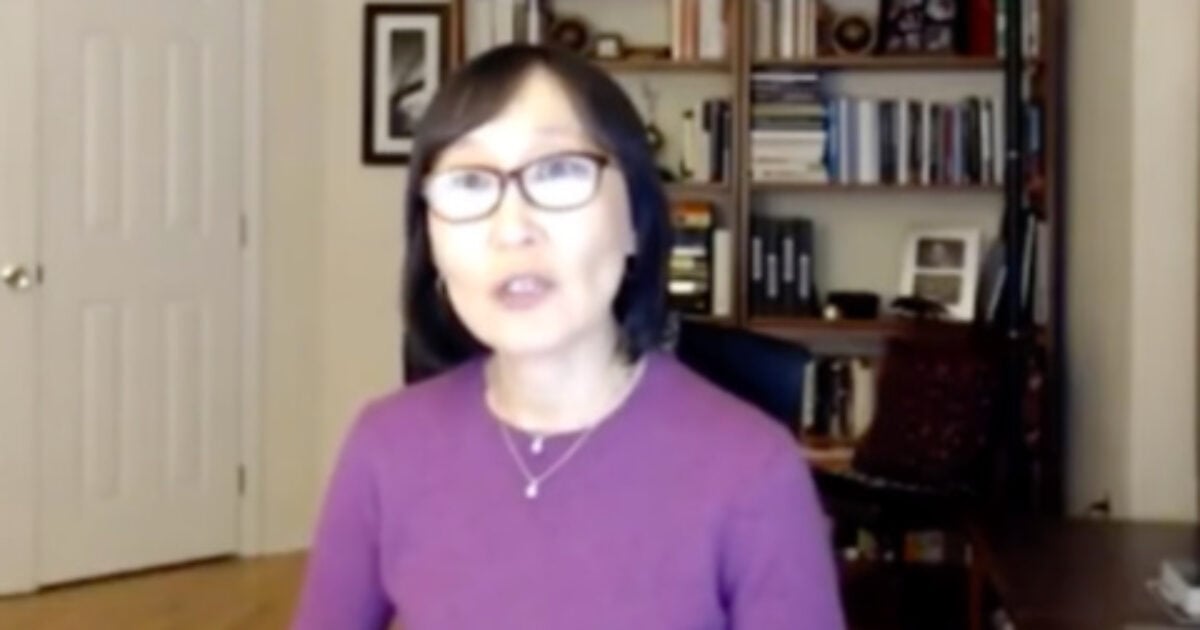 More damning information about President Joe Biden’s nominee to a key Treasury post, Saule Omarova, continues to be unearthed as she awaits a Senate confirmation hearing– and the latest revelation exposes her vision of a “systematic democratization of finance,” also known as eliminating private banks, to instead allow the Federal Reserve to control all bank accounts.

“Imagine, what would it be like if, instead of just the public option for deposit banking, this would be the full transition, in other words, there will be no more private banking,” Omarova, nominee for head the Office of the Comptroller of the Currency (OCC), said in a video.

“Deposit accounts and all the deposit accounts will be held directly by the Fed, and there are very interesting implications from that thought experiment,” Omarova explained.

“For example, with the much more direct and proactive tools of monetary policy like helicopter money, which is, you know, considered radical, primarily because economists do not know how to manage the issue of what will happen in the inflationary environment when the Central Bank needs to contract the supply of money,” Biden’s nominee continued.

Omarova then posited over how the Fed would take money away from people’s accounts to deal with inflation.

“How is it politically feasible for the Central Bank to effectively take money away from people’s accounts?” she asked.

The answer for many who reacted online is that it simply is not feasible.

Scary. Take her at her word. https://t.co/dH0XDHJt7h

She is a real live communist from the USSR. No joke. If you know anything about communism, nothing she says should come as a surprise. The only surprise is that the “moderate” Brandon nominated her to a position of influence in the federal gov. JK that’s not surprising either 🤦‍♀️ https://t.co/PZNMm4vwe7

The woman Biden nominated to be head up the Office of the Comptroller of the Currency, which “charters, regulates & supervises all national banks, federal savings associations,” wants to eliminate private bank accounts. She talks about the govt “taking away money” from people. https://t.co/NhqkWBtzTK

This lunatic cannot be allowed anywhere near power or our financial system. https://t.co/LzQDE8Rtq7

Short clip so context isn’t clear but is she really arguing that the Fed should hold all deposit accounts so that it could restrict money supply by directly withhold cash from people to dampen down AD if macroeconomic policy dictated that there was a need? That’s f**king insane.

She’s not a lunatic. She’s a soldier from the Chinese CCP deceiving Americans and destroying the country without firing a shot. She’ll be given honorary awards when she returns to China for her successful work.

Time to start banking at “The Pile of Cash Under my Mattress”.

Do not under any circumstances confirm this person https://t.co/KYZTcSljyu

They want to destroy the United States, they do not want to make it better

They say it with their own words https://t.co/oPOqFh489M

If you don’t call your representative/Senator/ whatever right now and demand that they vote against this nominee, we are doomed. Ask yourself why this administration would put someone with these views up for such a position? Unfathomable. https://t.co/VFUxXWWBe8

In an October 2020 paper titled “The People’s Ledger,” Omarova outlined her plan for “reshaping the basic architecture and dynamics of modern finance” that will “‘end banking,’ as we know it,” according to earlier reports.

In the paper, Omarova argues for a “systematic democratization of finance” in which American citizens have government bank accounts that would “fully replace—rather than compete with—private bank deposits.”

This is far from the first time Biden’s nominee has come under fire for her radical positions.

Omarova went on the record at a May roundtable, publicly supporting policies that allow the government to pick industry winners and losers through heavy-handed mandates, particularly when it comes to climate change.

“The way we basically get rid of those carbon financiers is we starve them of their sources of capital,” Omarova said.

The OCC nominee unsurprisingly grew up in the Soviet Union and is now refusing to provide the Senate Banking Committee with her university thesis on Marxism.