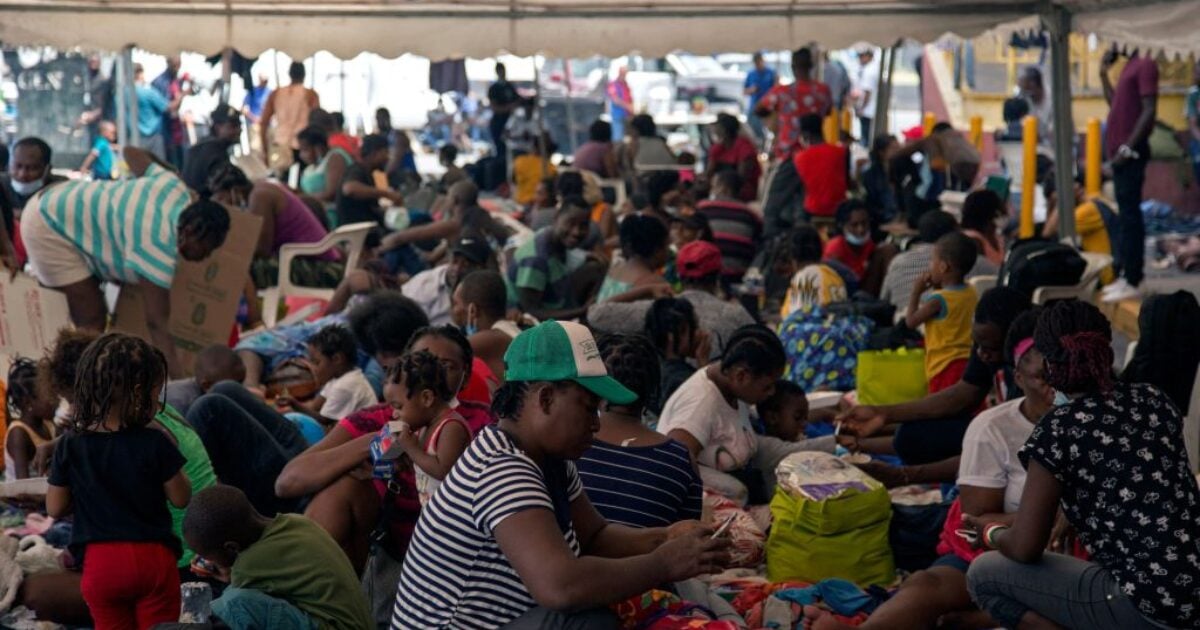 The Biden administration is reportedly abusing its parole authority for illegal aliens as new details emerge that show at least 160,000 illegal immigrants have been released into the U.S. by the administration since March and that parole abuse has led to more than 30,000 aliens being eligible for work permits in the U.S. since August.

The numbers were corroborated by a Customs and Border Patrol report obtained exclusively by Fox News. The news is likely an unwelcome reinforcement for the Biden administration of just how poorly they have handled the surging crisis at the border.

At least 94,570 illegal aliens have reportedly been released into the United States with a Notice to Report since March 20, 2021. That notice requires only that migrants check in with an ICE office when they arrive at their final destination within the country. Those who check in are not deported or detained as they await their immigration proceedings. Those who do not check in face those consequences only if they can be found after being released into the U.S.

The report also notes that since August 6, 2021,  the administration has released approximately 32,000 immigrants into the U.S. using parole authority. Those released under that authority gain a form of legal status and are allowed to apply for work permits.

NEW/THREAD: According to Border Patrol documents provided by a source, the federal gov has released over 70,000 illegal immigrants into the U.S. since August 6, including 31,977 released via parole (temp legal status, eligible for work permits).
94,570 released via NTR since 3/20 pic.twitter.com/ag5OMsYw27

Parole authority is only to be used on a case-by-case basis for “urgent humanitarian purposes” and “significant public benefit,” according to federal law.

To put these new figures into context, parole is typically only used a handful of times throughout the year by the executive branch, but the Biden administration has decided to use the measure however they see fit in a twisted workaround to not only allow illegal migrants into the country but to give them some form of rights and protections.

Biden also used the measure to grant parole status to tens of thousands of Afghans brought to the United States as part of Operation Allies Welcome.

Many law enforcement officials are upset by the administration’s abandonment of border law and its abuse of parole measures intended for select and emergency cases.

“By law and regulation a parole shall only be granted on a case by case basis and only for significant humanitarian reasons or significant public benefit. Neither of these appear to apply to the current situation,” former Border Patrol Chief Rodney Scott, who served under both Presidents Biden and Trump explained.

Scott added that the surging number of paroles brings into question the review and approval process.

“As a field chief, I don’t believe I ever approved more than 5 or 10 paroles in a year. When I did, I ensured that the alien was monitored continuously and was detained or removed as soon as the circumstances allowed,” Scott told Fox News.

Another official said that options like paroling, the use of Notice to Reports, and enrolling migrants in Alternatives to Detention (ATD) “provides mechanisms to require family units released from CBP custody to report to ICE within a specified time.”

These options, however, essentially let illegal migrants off the hook. While the intention of the alternatives is honest, it assumes that those who already broke the law to be here will respect U.S. rule of law enough to show up to immigration proceedings after already being released into the country.

The official who spoke to Fox News cited figures that show 81% of those released into the U.S. between 2014 and 2020 did report in for their immigration proceedings.

Some, however, would argue that this administration’s disregard for the letter of the law on border policy could empower migrants to vanish once they are allowed within America’s borders.

CBP has yet to release migrant encounter and apprehension numbers for September; but July and August saw a surge of over 200,000 migrant encounters, the highest in 20 years. And migrants continue to travel to the southern border en masse.

Documents from Border Patrol show that the Rio Grande Valley encountered 5,900 migrants in one week and Del Rio encountered more than 2,900 in the same period.

Despite all evidence to the contrary, the Biden administration continues not only to deny the crisis on the border, but to actively disempower Border Patrol from being able to do their job safely and effectively.

The secretary of Homeland Security has repeatedly asserted that there is no crisis on the border. Vice President and border czar Kamala Harris has yet to visit border hot spots 10 months into the administration, opting instead to “address root causes” and head to places like New Jersey to promote additional spending by the Biden administration, to promote the coronavirus vaccines and to play with the very children whose wellbeing she is endangering with her willful ignorance.

Border Patrol Agent Chris Cabrera told the Washington Examiner that law enforcement authorities, who were already stretched thin no longer have any idea who is crossing unmanned portions of the border, describing the area as “wide open.”

The administration continues to punt responsibility. Last week, DHS released a statement calling on Congress to “cancel remaining border wall funding and instead fund smarter border security measures, like border technology and modernization of land ports of entry, that are proven to be more effective at improving safety and security at the border.”