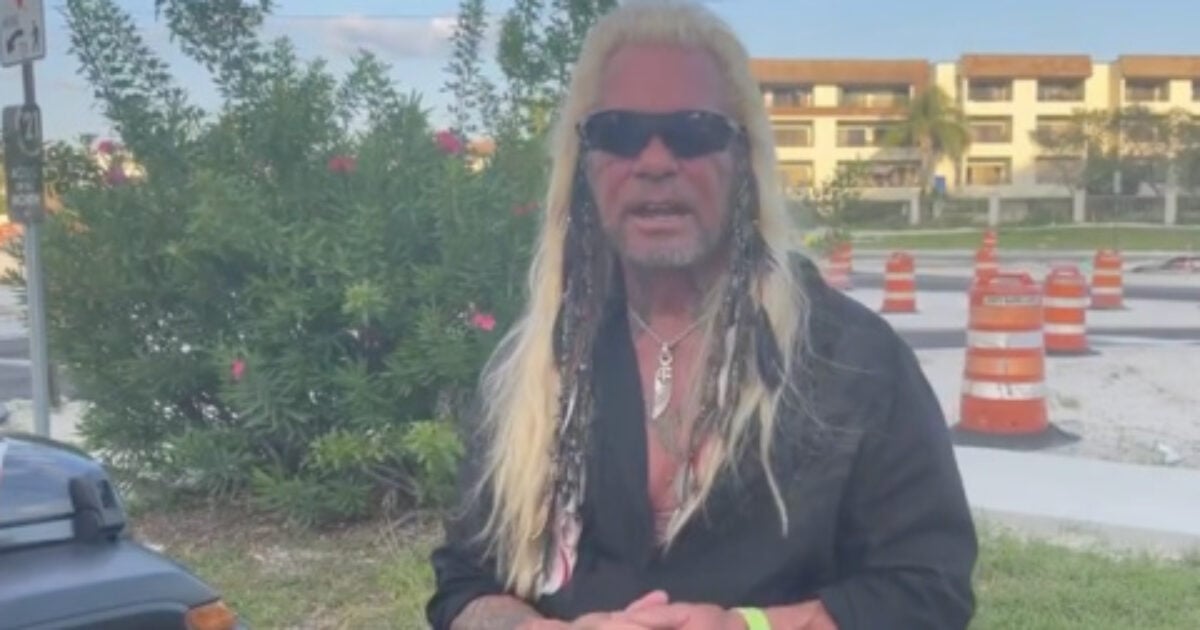 Duane Chapman, better known as “Dog the Bounty Hunter,” could be on Brian Laundrie’s trail, following a tip he received that alleged Laundrie was at a Florida campground with his parents 75 miles away from his home in early September, but only two of them were seen leaving.

The tip came just days after Chapman announced his entrance into the search for Laundrie, who vanished last week amid suspicions of foul play in the death of his fiancée, 22-year-old Gabby Petito.

The famous bounty hunter told Fox News exclusively that he received a tip on Monday that Laundrie’s parents spent the night in Fort De Soto Park with their son twice in early September, once from Sept. 1-3 and again from Sept. 6-8.

The park is about 75 miles away from the Laundries’ home and is located in Pinellas County. It spans more than 1,130 acres and consists of five keys.

“They were registered, went through the gate. They’re on camera. They were here. We think at least if he’s not here right now, we are sure he was caught on camera as he went in the gate — that he was here for sure. Not over in the swamp,” Chapman said to Fox News on Monday night.

Some who follow the case and live in the Ft. De Soto area claimed that a law enforcement helicopter could be heard at the campground, but a Pinellas County sheriff spokesperson said they were not investigating the campground, according to Fox News.

Laundrie’s parents, Chris and Roberta, released a statement earlier on Monday through their attorney, Steven Bertolino, claiming they “do not know where Brian is.”

Protesters have been outside the Laundrie home all day. Here’s the response from their attorney, Steven Bertolino. He sent this to @BN9 via @JorjaRoman pic.twitter.com/9dTkG1YD0v

“They are concerned about Brian and hope the FBI can locate him. The speculation by the public and some in the press that the parents assisted Brian in leaving the family home or in avoiding arrest on a warrant that was issued after Brian had already been missing for several days is just wrong,” Bertolino wrote in a statement.

Conditions within the campground where Laundrie was allegedly spotted are “much easier” than others in the area, the bounty hunter explained to Fox News, including T. Mabry Carlton Reserve, the area where law enforcement is presently searching for the fugitive.

A Fox News Digital reporter claimed to overhear a park worker say investigators had checked surveillance video on the grounds.

“There’s a lot of little islands around where we’re at that he could get to in a canoe. We talked to the caretakers today of the islands, they said he could be out here. He was here for sure, not over in the swamp,” the legendary bounty hunter told Fox News.

One of the Laundrie family’s neighbors may have unintentionally corroborated the tip to Fox News. Charlene Guthrie, who lives across the street from the Laundries, told the outlet that she saw Brian mowing the lawn, riding his bike with his mother, and going camping with both of his parents after he arrived home alone.

The nation has watched the heartbreaking case unfold as Brian refused to cooperate with police, who have subsequently named him a person of interest in Petito’s death and issued a warrant for his arrest for bank card fraud. It’s unclear if the card he was using was Petito’s.

The young woman’s remains were found near Grand Teton National Park in Wyoming on September 19 and her death has been ruled a homicide, though the cause has yet to be attributed.

Chapman’s very public participation in the manhunt for Laundrie has provided hope for many who hope to hear the full story and see justice served.

The bounty hunter has an anonymous hotline for those afraid to call law enforcement directly:  833-TELL-DOG,  but anyone with information on Laundrie’s whereabouts should contact the FBI at 1-800-CALL-FBI or 303-629-7171.