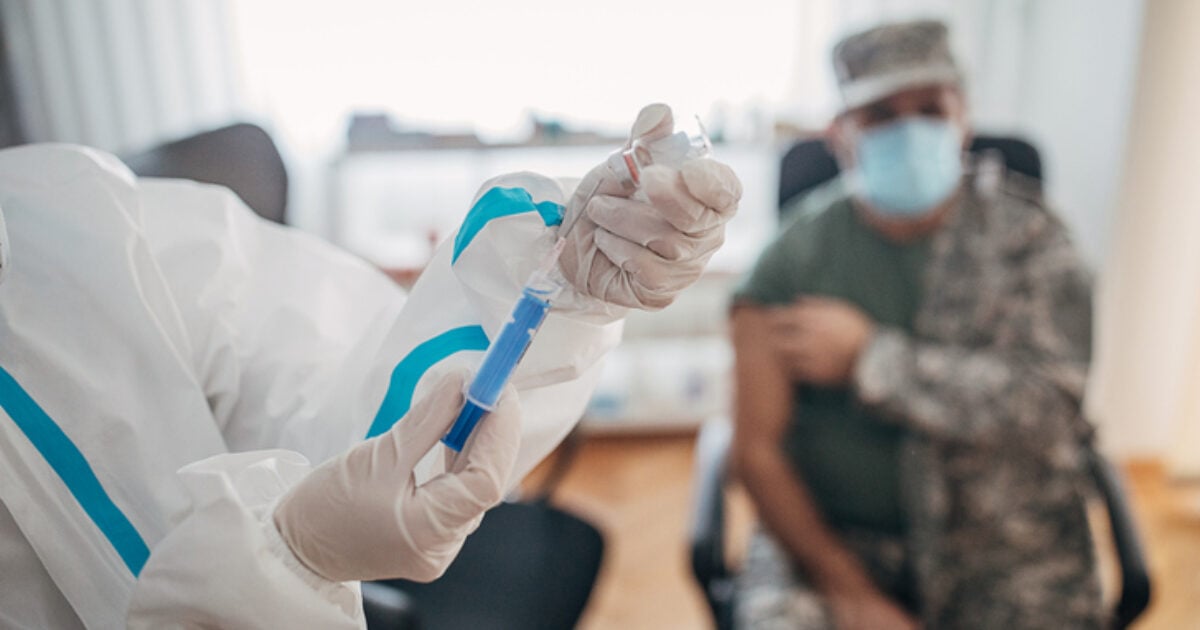 A case of measles has been identified at Fort McCoy Army Base in Wisconsin as thousands of Afghan refugees are housed there temporarily while they await resettlement in the United States.

Fox News was able to view an internal government email on Sunday that confirms a case of measles at Fort McCoy.

“All those who had been in contact with the infected person at base have been isolated, and post-exposure prophylaxis and inoculations are in process,” the email stated. Measles is highly contagious and is the primary killer of young children in Afghanistan. It is rampant among the population there.

A senior U.S. government official also confirmed to Fox News that one measles case had been verified as part of what they are calling a robust health screening process.

Democratic Rep. Ron Kind of Wisconsin noted that a case of measles had been identified at the military facility and those who were around the infected individual are now quarantined according to The Milwaukee Journal Sentinel.

The Centers for Disease Control (CDC) defines the disease as “a highly contagious virus that lives in the nose and throat mucus of an infected person. It can spread to others through coughing and sneezing.”

In fact, measles is so contagious that if one person contracts it, up to 90 percent of those they come in contact with who are not inoculated or immune will become infected. The virus can survive for up to two hours in an area even if the infected person has left.

Afghanistan has the seventh-highest number of measles cases in the world according to the CDC. Individuals who contract measles will show symptoms within 7-14 days after they are infected. The symptoms include a high fever of 104 degrees or higher, a cough, red watery eyes, and a runny nose. Complications from measles can include encephalitis and pneumonia. Neurologic and respiratory complications can potentially cause deaths in nearly 1 out of 3 of every 1,000 children infected.

Due to the incident, Fort McCoy is now claiming that they are not receiving evacuees “at this time” and are working to procure the necessary vaccines. Confusingly, a spokesperson for Task Force McCoy contradicted the statement and asserted that the base was still accepting Afghans. At last count, there were over 8,000 refugees being housed there and the base can hold up to 13,000.

The spokesperson claimed to Fox News that “the health of the Afghans at Fort McCoy is a top priority” and that the refugees are given medical screening and immunizations as needed.

The measles case is yet another facet of vetting Afghanistan refugees that the government is responsible for.

Measles is not the only concern for disease when it comes to the refugees. The New York Times is reporting that six Afghans who arrived at Dulles Airport on Aug. 29 had COVID-19 as well.

Measles has almost been eradicated in the United States.

The Pentagon is opening up more military bases for the 50,000 Afghans that have landed in the United States after the fall of Afghanistan to the Taliban.

Marine Corps Base Quantico in Virginia, Fort Pickett in Virginia, and Holloman Air Force Base in New Mexico are all being opened up to provide support for the evacuation of SIV applicants and other individuals deemed at risk.

Fort McCoy, as well as Fort Lee in Virginia, Fort Bliss in Texas, and Joint Base McGuire-Dix in New Jersey are already taking in refugees.

Many people wonder why refugees are let in without being screened for diseases and vaccinated first:

So they were let in without “vaccines”… hmm

and so it begins…